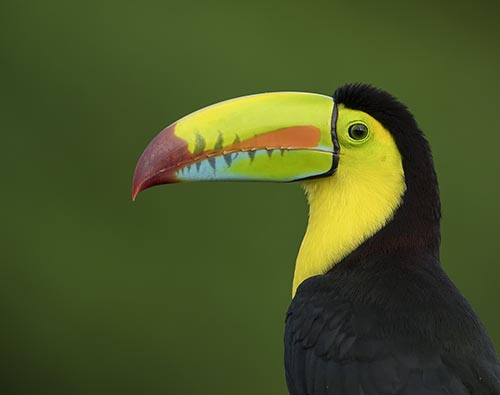 Costa Rica located in the isthmus of Central America is bordered by the Pacific Ocean to the west and the Caribbean Sea to the east. This tiny country accounts for 0.03% of the earth's total landmass, it nonetheless is home to a fantastic range of flora and fauna, in fact containing 5% of the entire world's biodiversity. With 25% of the country's area constituting national parks or falling under protected areas, Costa Rica takes its wildlife and wildlife conservation very seriously, managing to recently eradicate deforestation to zero percent.

Its sustainable tourism, including adventure sports, hiking, surfing along with its rainforests, lovable wildlife coupled with the simplicity and pure way of living by its local population, Costa Rica beckons one to unravel the mysteries of this small nation that holds environment and related policies as well as its stunning landscapes to high regard.

Known for its volcanoes both extinct and active, Costa Rica finds itself amidst towering misty volcanic peaks, its rich coastlines and lush rainforests. It is a mecca for bird watchers and bird photographers around the world, who come to shoot the variety of hummingbirds, the resplendent quetzal, different toucans, tanagers and honeycreepers. Birding in the cloud forests of Costa Rica is a love affair of a lifetime!

Some of the ecological regions of Costa Rica are as follows

San José is the capital of Costa Rica and also the starting point for all Costa Rica tour packages. It is the seat of the federal government of Costa Rica and the hub of all political and financial activities. The town is named in the honor of Joseph of Nazareth. Various museums in the city will give you glimpses of its history and life in the pre-Columbian period.

Arenal is one of the 10 most active volcanoes on Earth and also the most active volcano of Costa Rica. The rich biodiversity of the National park makes it a haven for wildlife lovers and bird watchers. There are also caves and hot water springs in the national park that make for adventurous excursions and are a must include for your Costa Rica travel packages. The Volcano is also called "Pan de Azúcar", "Canaste", "Volcan Costa Rica", Volcan Rio Frío" or "Guatusos Peak".

The Poas volcano is another active volcano in Costa Rica that has seen eruptions many times over the past century. The recent one being in 2014 when a dark cloud of Ash burst over 1000 feet in the sky. But not just the volcano, there are many other picturesque things in the National park like the La Paz waterfall, the Laguna De Hule or “Rubber Lagoon’ and many beautiful hiking trails. You must visit this active volcano as part of your Costa Rica vacation packages for this unique experience first-hand.

The place should be included in your trips to Costa Rica because it gives you a real feel of Costa Rica with banana plantations, tropical forests, and remains of an important port town of the past. The area is now more famous for various activities it offers to adventure-seeking tourists and nature fans. Visitors can select in the region, for example, biking, rafting, bird-watching, boating, and trekking.