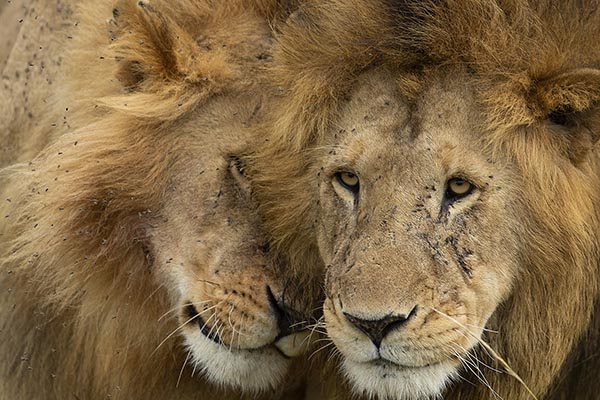 Tanzania, a country in East Africa, is situated within the African Great Lakes region. The country offers a winning combination – an authentic African safari experience and beautiful tropical beaches. It is an exciting country to visit because of the various attractions and activities it holds. At least once in a lifetime, travelers must embark on an adventurous Tanzania wildlife safari.

The country is notable for its diverse flora and fauna. It has a high density of wildlife, sprawling landscapes, and friendly local tribes. Lush rainforests, woodlands, savannahs, plains, and other various types of vegetation are seen in Tanzania.

Moreover, mountain ranges, as well as majestic lakes and rivers, are found in the country. All of these form natural habitats for a wide variety of animal and bird species. There are more than 4 million wild animals in Tanzania, home to 20 percent of Africa’s large animal population.

Commonly seen animals include zebras, giraffes, buffalos, hippos, gazelles, and many more. The country also has the highest number of predators in the entirety of Africa. These include leopards, cheetahs, hyenas, jackals, and other big cat species.

The top five rarest animals found in the country are the African wild dog, caracal, striped hyena, white and back colobus monkey, and East African onyx. The rare black rhino also resides in the protected areas of parks. Spotting them during your Tanzania wildlife safari is an exclusive experience.

The avifauna is vibrant, with more than 1000 bird species, including endemic and migratory, seen in the country. Overall, Tanzania is one of the top places for birders and wildlife enthusiasts to visit.

There are popular Tanzanian national parks, reserves, and conservation areas that house a rich diversity. These parks also offer the best of Tanzania wildlife safari experiences with frequent game viewing.

Serengeti National Park and Ngorongoro crater are some of the most famous places to include in safaris. Travelers can not only watch impressive wildlife in the open savannah but also have a chance to interact with local villagers and learn about their culture.

However, out of all the impressive things the country has to offer, one simply cannot miss out on the wildebeest migration - the greatest wildlife show on earth.

If you are amongst the people who are curious about why approximately two million wildebeests migrate every year, then the Serengeti calving season will give you all the answers you need to know! The November rains turn the southern plains of Serengeti green and allow the wildebeest to gaze on the fresh grass for their energy-demanding calving season. Even though the season is short-lived, the number of wildebeests coming out of the Masai Mara into the southern plains is large! After gaining energy for calving, these wildebeests then go into adjoining areas such as the Ngorongoro Conservation Area, Ndutu Plains, and Lake Masek.

The wildebeest calving season begins in January, and by February, the pregnant wildebeest give birth to about 8000 baby wildebeests every day. Since the number of these animals is very high, they act as a magnet for predators like lions, cheetahs, and leopards. While touring through the calving season, you have a high chance of witnessing a predator-prey interaction and certainly a kill!

Roughly two million wildebeest, zebras, gazelles, and other hoofed animals journey from Serengeti to Kenya’s Masai Mara. It is considered to be the largest wildlife migration on earth.

These animals form enormous groups and migrate between the two countries and ecosystems of Kenya and Tanzania. They embark on an 800-kilometer trek and face various obstacles throughout their journey. The migration happens in search of nutritious grasses and the animals are believed to follow the weather. The herds follow wherever it rains in search of food and water.

Serengeti National Park hosts this wildlife spectacle wherein travelers can observe the migration of wildebeest. The migration specifically starts in Southern Serengeti during the wildebeest calving seasons. Although many associate migration with deadly river crossings, it is the calving season that is the most thrilling.

The wildebeest calving is one of the most impressive highlights of the migration. It follows a definite timeline and can only be seen during specific months in Serengeti. As the rain starts to fall, wildebeest make their way to the south of Serengeti.

Each year the season takes place between January and February. Within a two-to-three-week time period, millions of wildebeests are born.

Although this season marks the celebration of newborn wildebeest, it can also be deadly. The vulnerable calves are usually targeted by predators that lurk around them. Lion pride, leopards, hyenas, cheetahs, and other hunters closely follow wildebeest herds, ready to pounce on them. This offers dramatic chasings witnessed in real-time during a Tanzania wildlife safari.

A visit to Serengeti during wildebeest calving season can showcase over-protective mothers trying to shield their young ones from hungry predators.

Not only do older predators hunt but young cubs also practice their hunting skills. As a result, many young predators rely on wildebeest calves for food. This displays the perfect timing of the season that increases the chances of survival for both predator and prey.

The Ndutu region forms the northern section of the Ngorongoro conservation area and stretches to the southern regions of Serengeti National Park. It acts as a meeting point between the two wilderness areas. Starting from late November to December, the migration herd visits the Ndutu region and stays for approximately three months. The prime gaming spot to see wildebeest and other animals are near Lake Ndutu.

Travelers can also add a Ngorongoro crater safari to their Tanzania wildlife safari trip. The crater is a UNESCO World Heritage site and provides world-class game viewing. In one crater floor, millions of different species form a flourishing ecosystem.

The wildebeest calving season is a remarkable period for safari-goers. It offers an opportunity to witness something other than the usual river crossing during migrations.

Other Places to See During a Tanzania Wildlife safari

Along with Serengeti, Ngorongoro, and Ndutu, there are various other places that make up for excellent safaris. Some of them include:

Tarangire National Park – This park has the highest population of elephants as well as other species of animals and birds. It garners fewer tourist crowds, creating better opportunities to witness wildlife. The park also houses hundreds of ancient rock paintings.

Mount Kilimanjaro – The highest peak in Africa, Mount Kilimanjaro is famous among hikers and trekkers. It takes anywhere from six to nine days to reach the summit of the mountain and then descend to the endpoint. Along the way, trekkers are met with Kilimanjaro’s thriving wildlife living in its ranges.

While there are several attractions and sites to visit in Tanzania, the lodging choices are also abundant. Tanzania has the best hotels, camps, lodges, and villas in every corner of the country. They are famed for excellent hospitality. Whether you are in the remote Ndutu or the middle of Serengeti, you are bound to have a luxury wildlife safari vacation.

Wild Voyager has partnered up with the best of the camps and lodges to provide a worthwhile Tanzania wildlife safari. The top choices include:

Kia Lodge – Kia Lodge is located just 5 minutes from Mount Kilimanjaro International Airport. It is constructed on a secluded hill in the middle of gorgeous savannah scenery. Guests are exposed to vast views of the African plains along with the grand Mount Kilimanjaro. The lodge’s strategic location allows easy arrival and departure for various Tanzanian safari destinations.

Ndutu Safari Lodge – Ndutu Safari Lodge is an authentic and traditional lodge, situated in an outstanding wildlife location. The Ndutu region is one of the best places to see the great migrations and enjoy game drives. The cozy stone and thatched en-suite cottages, relaxing dining area and lounge all overlook the game-filled Lake Ndutu.

Lake Manyara Tortillas Camp – This safari camp has fully furnished tents that sit at the foot of the Great African Rift Valley Escarpment. It gazes directly over the vast expanse of Lake Manyara. Guests can watch wildlife roam about in front of the individual game-watching area. Guests can also enjoy the camp’s private bush lunch setting overlooking the majestic views.

To witness the great migration during the wildebeest calving season, contact Wild Voyager Today. We make sure to customize your Tanzania wildlife safari according to your needs and preferences.

WHAT IS INCLUDED IN THE COST

WHAT IS NOT INCLUDED IN COST