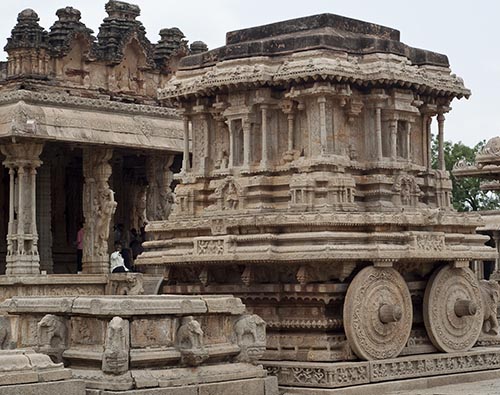 Located in Bellary, Northern Karnataka, India, Hampi is a historic temple town and UNESCO World Heritage Site, listed as part of the 'Great Monuments at Hampi.' The capital of the magnificent Vijayanagar Empire was its prime in around 1500 AD to 1565 AD when it was one of the richest and largest cities in the world then. Ransacked by Sultanate armies in 1565, today, the scattered ruins lie covering an area of 40 kilometers square. Hampi and the Daroji Sloth Bear Sanctuary (though mainly famous for sloth bear sightings) are an excellent spot for bird watchers to explore their passion for birds and engage in stunning sightseeing. It is also an ideal destination for family vacations and non-birders. With a list of over 200 bird species, Hampi's main attraction is endemic and threatenedYellow-throated Bulbul

How to reach: 6.5 hours drive from Bangalore Airport

Some rare and endemic birds

The Bellary district is located in the Deccan plateau region and is home to a treeless barren plateau, known as the Northern Maidan region. The Sandur Hills divide the district into two distinct sections- the eastern side and the western side. Bordering the district is the Tungabhadra river that flows for around 300 km. The Hampi landscape can best be described as a combination of granite and greenstone terrain. 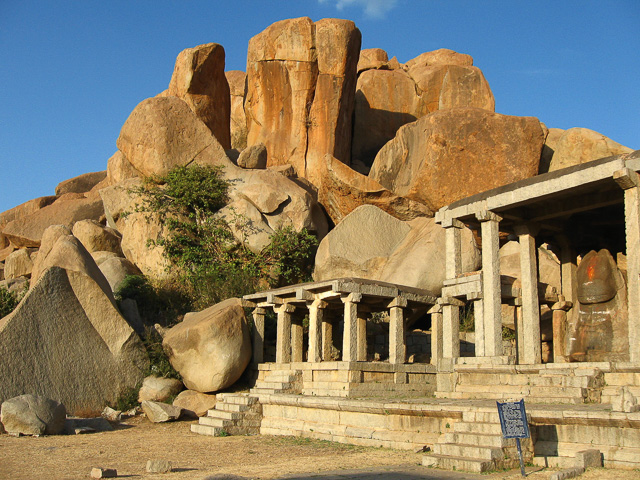 Bird watching in Hampi is mostly by roadside and on short walking trails. There are also couple of birding hides in Hampi, where a few local birds like red spurfowls, quals etc are regulars. Hampi’s most famous resident, the yellow throated bulbul is found in Matanga hill, early mornings are typically the best time. Another good birding area in Hampi is along the Hampi canal. As you drive through the canal, you can see pied kingfishers, sandgrouses, larks, pipits etc on your both sides resting comfortably in the scrubs and canal banks. It is also a great place to spot the Indian eagle owl. Once you are done with birding, it makes good sense to pay a visit to nearby Daroji bear sanctuary for a dekko of the sloth bear, you are also likely to spot a few birds along the way and in the sanctuary.

Vithala Temple Complex: The stone chariot at the Vithala Temple Complex has become Hampi's symbol. Located around 1.5 km northeast from the town's center, historians believe the temple was established at this spot at the commencement of the 16th century. The most exceptional detail of Vithala Temple is the mandapa (pillared hall) that directs visitors to the main shrine. 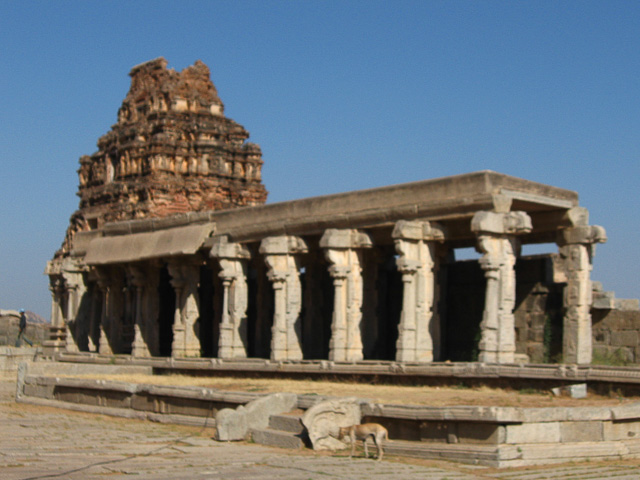 Virupaksha Temple: The main market leads to a brilliant structure known as theHampi Virupaksha Temple. Dedicated to a figure of Lord Shiva, it is a part of the 'Sacred Centre' of Hampi. In a conventional 'Vijayanagara style,' the temple has remarkable gopurams (welcome gates), a colossal court, and large arcades.

Hampi Bazaar: Stretching 750 m to the east from the Virupaksha Temple, the marketplace witnesses countless pilgrims and travelers. Earlier, Persian and Portuguese explorers relished the jewels and clothes sold here. A stepped path leads to the Achyutaraya Temple. 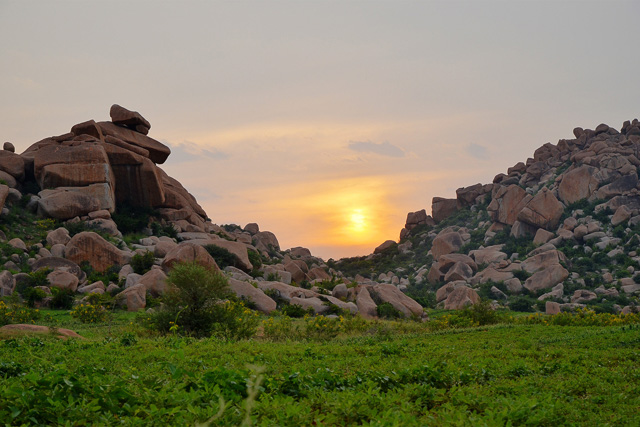 Krishna Temple: Krishnadevaraya, one of the most famous kings of Vijaynagara, had built this temple in 1516 to celebrate his victory of the Udayagiri hill fort. Though this temple is no longer functional, it continues to sit beautifully and has a tank nearby.

Statue of Ugra Narsimha: It is a monolithic monument that represents the man-lion form of Vishnu. The cross-legged deity is protected by an open-hood serpent. With the height of 22 feet, the status of Ugra Narsimha is the highest sculpture in Hampi. 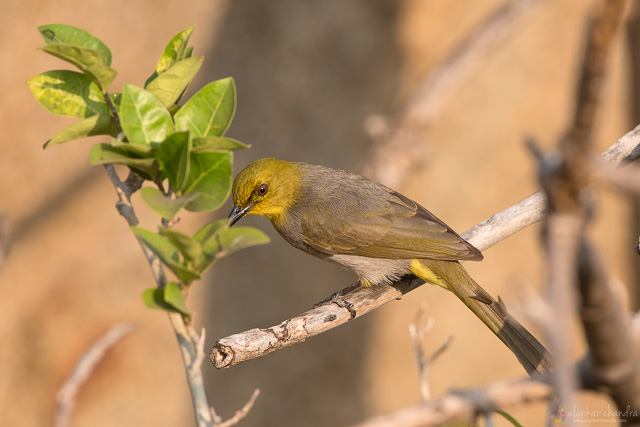 Lotus Mahal: The Lotus Mahal gives you a detailed insight into the Indo-Islamic form of architecture. Considered to be a part of the 'zenana enclosure' or the women's quarters, the Lotus Mahal was built as a recreational place for the queens of Krishnadevaraya. To date, the Lotus Mahal is one of the most well-preserved monuments in Hampi that attracts travelers from across the globe.

Elephant Stables: The Elephant stables have a series of 11 chambers that overlook a vast ground. Presumably, this was the venue for all significant parades and processions. The domed rooms have soaring roofs and are entered through arched gates.

Hazara Rama Temple: Historians believe that thisHampi templewas the private place of worship for the royals. Built by Deva Raya I, the stunning 15th-century temple architecture is surrounded by a rectangular enclosure. The exterior profiles of the walls are profusely covered with friezes of elephants, soldiers, horses with Arabs draped in djellabas, and dancers. 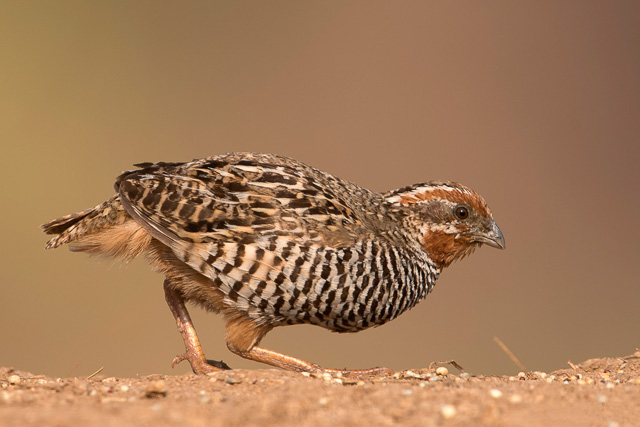 Stepped Tank: The Stepped Tank is a square tank that has a network of strikingly geometric stairs. Part of an extensive hydraulic system, it gives you a clear understanding of the scientific knowledge and expertise of the Vijayanagara planners. The network supplied water, collected from a channel, to the royal enclosure.

Tungabhadra River: The Tunga river and Bhadra river meet at Kudli, Central Karnataka. Hampi is located on the south bank of Tungabhadra. Earlier, this river was the primary source of water for the Vijayanagara kingdom. Further, it blends with the Krishna river near Alampur in Telangana.

Temples on Hemakuta Hill: Hemakuta is a hillock embellished with the remnants ofHampi templesand pavilions. Since these monuments are way simpler than the ones in the plains, they indicate that the architecture of the 14th-century lacked intricacies. Climbing the hillock is rather easy, and the peaceful sunsets are worth it. 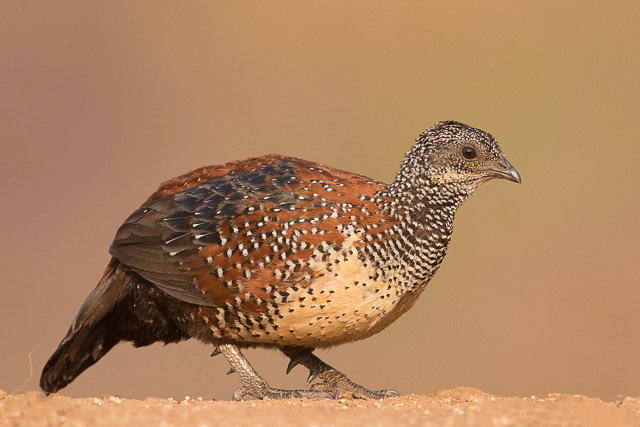 Badavilinga Temple: The Badavilinga temple has a massive lingam, which is also the largest in Hampi. It is partly immersed in water, while visitors can see the upper portion. This temple is next to the Lakshmi NarasimhaHampi temple.

Achyutaraya Temple: The AchyutarayaHampi templeis considered very important for the royals. Built by the King's brother-in-law in 1534, the deity in this temple is Tiruvengalanatha, a form of Vishnu.

Matanga Hill: Matanga Hill is the highest point in Hampi. Though climbing up can be quite exhausting, a sweet reward awaits you at the top- the panoramic views of the majestic landscape. There's a temple at the top devoted to Veerbhadra. 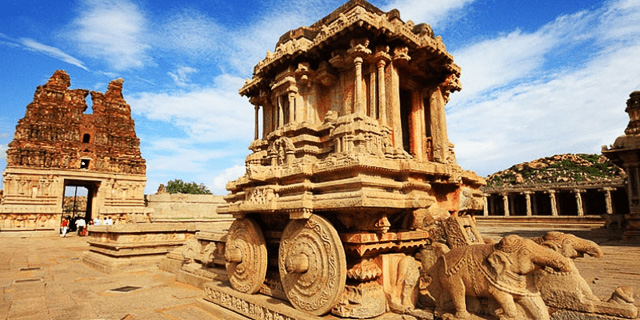 Queen's Bath: The Queen's Bath is located within the fortifications and was a pleasure pavilion for the royals. Balconies inside the building lead to a central pool. To regulate the internal temperatures and combat heat, the pavilion was cooled by a water channel fed by an aqueduct.

Monolith Bull: The Monolith Bull is a giant statue of the Nandi Bull. It is located in a pavilion at the eastern end of the Hampi bazaar area. Since Nandi is the sacred chariot of Lord Shiva, it is regarded highly in this region and worshipped.