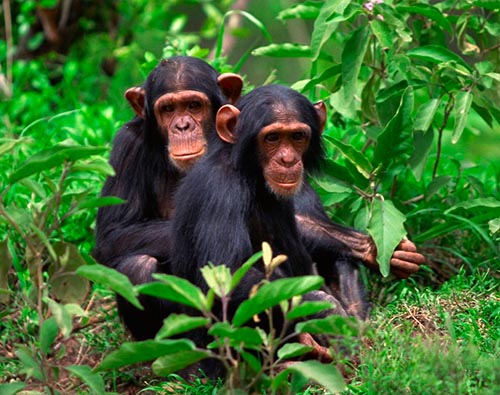 Nyungwe National Park, a rainforest in the purest sense is one of Africa’s oldest forests covering 970 sq.kms. across the magnificent mountain ranges set within a protected national park founded in 2004 in southwest Rwanda. It is teeming with flora and fauna having over 1068 species of plants, 75 species of mammals including 13 primates in the park, and around 300 species of the bird out of which 27 species are endemic to the Albertine Rift. This Rift contains the largest remaining tract of montane rainforest which is a rare and unique ecosystem, found only in mountainous areas within the tropical belt. The fragmented forest like Cyamudongo is home to the habituated Chimpanzees which makes this forest the best site for Chimpanzee trekking. With over 130 km of constructed trail, the Nyungwe forest has some beautiful views and fresh air to offer to every traveler.

How to reach: by road from Kigali

Best time to Visit: Dec to Feb; June to Sep

Existing since 1903, this park was declared a reserve and a colonial crown land of Nyungwe by the German Colonial Government. The Nyungwe forest caught fires in 1958 and 1973 which reduced its size to 150 sq.km. leading to an increase in the poaching of animals. Many elephants and buffaloes were killed in 1975. In 1984, the forest faced a rise in population of Colobus Monkeys which was 400 in total living in groups here. The genocide in 1994 destructed all the research facilities in Uwinka followed by destruction in the tourist facilities. The facilities were restored starting in 1995 until 2004 when the forest was declared as a National Park with Rwanda being listed among the top tourist destinations with an increase in tourism. 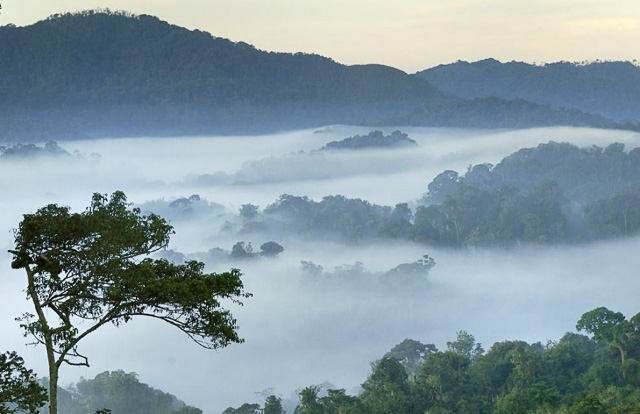 Chimpanzee Trek: The Nyungwe national park shelters around 400 chimpanzees and it's impossible to miss on the Chimpanzee trek while on your Rwanda safari as it brings you close to these human-like creatures and observes them closely. Starting from any of the three points namely Gisakura, Uwinka, and katabi, you are led into the forest. Watch these Chimpanzees feeding their babies just like humans do. One must have a valid permit to go on a Chimpanzee trek, where one has to be accompanied by forest guards. Also, the visitors must maintain seven meters distance from the chimpanzees to avoid the spread of cough or flu as these Chimpanzees are susceptible to human diseases.

Canopy Walk: Nyungwe forest national park is the only park in the whole of east Africa where the canopy walk is done. It is 200 meters walk above the forest starting and ending at the national park headquarters at Uwinka information center. This two-hour walk on the built trail which is hanging 60 meters above the forest rewards the travelers with an aerial view of the national park, its wildlife, Virunga volcanoes, adjacent communities, and attractions in the neighboring countries and a magical lifetime experience. The travelers going for the canopy walk must be aged 6 years and above along with a valid permit. 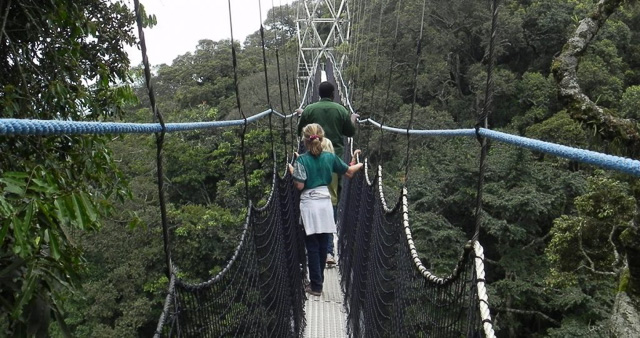 Bird Watching: Known as one of the best bird spotting places in Rwanda, the Nyungwe National Park accommodates over 300 bird species out of which 121 are forest birds whereas 27 are endemic to the Albertine rift valley. Among innumerable birds inNyungwe national park, the most spotted ones are the Rockefellers sunbird, Great blue Turaco, red-collared mountain babbler, Chapin’s flycatcher, Rera grauer’s rush warbler, white-tailed flycatcher, Rwenzori batis, Rwenzori Turaco, barred long-tailed cuckoo, Rwenzori hill babbler, yellow-eyed black flycatcher, mountain sooty boubou, Congo bay owlet, and the Neumann’s warbler. Travelers will be guided by the experts in spotting the birds and will be explained about their unique characters. 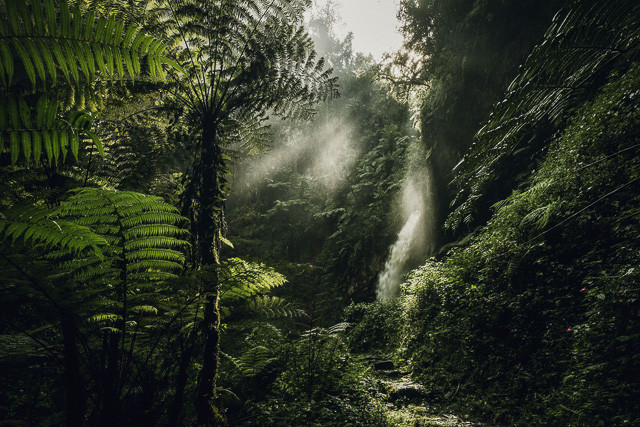 Monkey Treks: The Nyungwe forest is home to over 300 monkey species making it one of the best spots for monkey trekking. Meet different species of monkeys including L’ Hoests monkeys, blue monkeys, black and white colobus, and red-tailed monkeys which are similar in characters but are differentiated based on their colors. Experience the joyful adventure of Monkey trekking with the lively and playful creatures that keep you engaged by their continuous activities and jump over you across tree branches making different sounds. 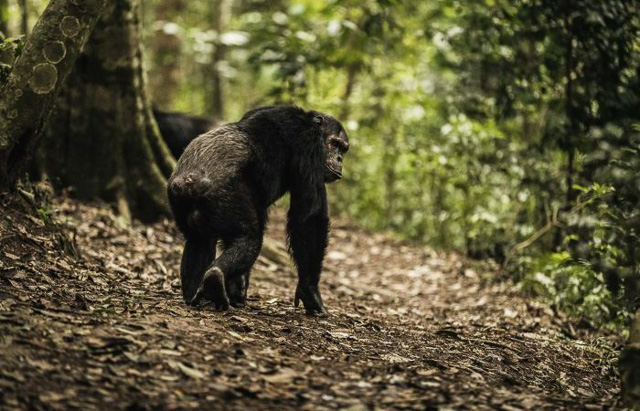 Hikes: Get to explore the best of theNyungwe National Parkwiththe hiking trail experience. The park offers over 13 hiking trails for every kind of traveler depending on one’s physical fitness and the ability to hike. These trails cover around 130 kilometers of the park and lead the travelers into the interior of the forest. Each trail ends up at a different site such as waterfalls, caves, and swamps. The traveler can choose from a long or short trail as per his comfort. Some of the hiking trails include Bigugu trail, Ngabwe trail, Isumo waterfall trail, Karamba birding trail, Source of the Nile trail, Irebero trail, Muzimu trail, Imbaraga trail, Congo Nile trail, and Rukuzi trail providing beautiful views to explore. 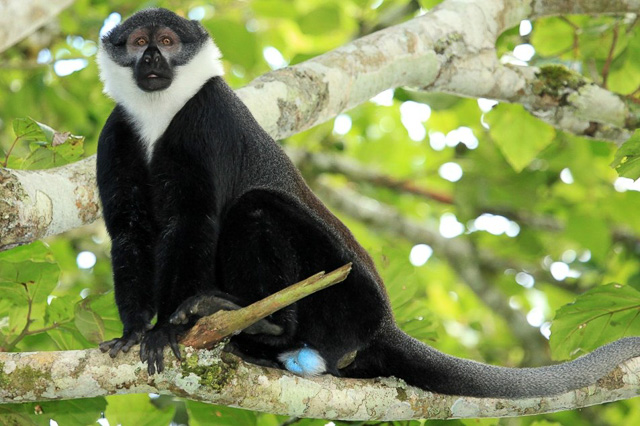 Nyungwe Forest Lodge -A forest lodge with a lovely setting overlooking the canopy and the tree plantation. The amazing furnished rooms or villas with a traditional touch and the natural appearance of the lodge makes it one of the best places to stay. One might get to spot the mischievous monkeys from the room while they are moving through the forest.

One and only Nyungwe House- Set on the edge of the Nyungwe forest is a haven of captivating wildlife surrounded by dramatic mountain landscapes blanketed with greenery. Witness the nature unfolding in front of you and make it a perfect vacation with a stay in this perfect resort.