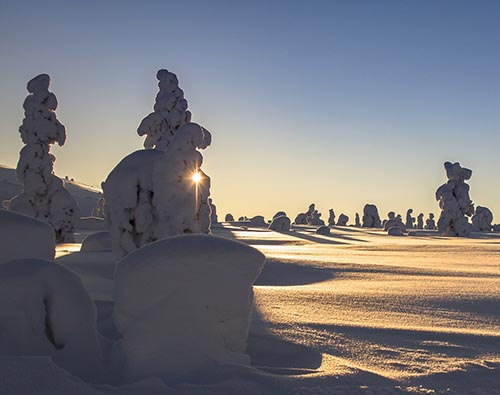 The Nordic country of Sweden borders Norway in the west and Finland in the east. Sweden is a very green country with over 50% of land covered in forest cover. The country has over 100 thousand lakes and over 24 thousand islands. The wildlife can be estimated from the fact that an estimated 300 thousand to 400 thousand Swedish Moose live here. One of the biggest gifts of Sweden to the world is the Swedish music and many famous bands originate in Sweden.

Sweden is one of the best places in the world for spotting Northern lights, particularly the Lapland region. Sweden also boasts of a few boutique experiential hotels that give the experience of staying in an Igloo or a glass dome roof where one can see the aurora right from the bed. Sweden also hosts the Aurora sky station, which is claimed to be the best place in the world to see the Northern lights, located just outside the town of Abisko and situated on Mount Nuolja, 900 meters above sea level.

WHAT TO SEE ON YOUR SWEDEN VACATION

Abisko village in Swedish Lapland is famous for two things - Northern lights and wildlife. It is one of the best places in Sweden to sight the Aurora and the nearby scenery makes it a sight to behold in the night with the Northern lights dazzling the sky with beautiful landscape on the ground. The national park nearby is home to many wild animals like marten, moose, reindeer, Arctic foxes, wolverines, bears, and lynx. Hiking, skiing, dog sledding, and fishing are some of the fun activities to do in Abisko. A visit to the Aurora sky station is a must-do on all Sweden tours.

Kiruna is the northernmost town in Sweden and hence its gateway to the Arctic north. It experiences midnight sun and the Northern lights making it one of the most popular places to visit in Sweden. It is known as the ‘town on move’ as the town is planned to be shifted to a nearby location over a few decades. The move is necessitated as extensive iron ore mining has created a risk of the town collapsing.

The capital of Sweden, your trip to Sweden will most probably start here as you arrive at the Stockholm international airport. Human settlement in Stockholm dates back to 1000 BC when the Old Town was first inhabited by Vikings. Today it is a modern city, capital to one of the most developed nations in the world that tops on many lists of human development index. You can get a good glimpse of the history, culture, and cuisine of Swedish people.

Another melting pot of the old and the new, Boden is a beautiful town that flaunts fine weather during summertime and the perfect getaway during your Sweden holidays. The town served as a guard against a Russian attack from the east and as a junction to link the iron ore railway lines with the rest of the country. The Church of Överluleå, Red Fortress, HavreMagasinet, Tree hotel, and the Arctic Circle Gateway Center are some of the major tourist attractions in the town.