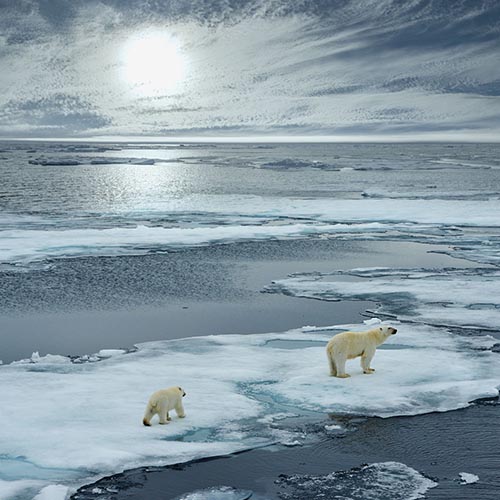 Svalbard is the place that transports you from earth to the place of pristine white ice all around you and nature in its untamed, untouched beauty. The mystic atmosphere with astounding Northern lights and sightings of polar bears, Arctic fox, and glaciers creating a wall around you, cuts you from the regular world. Svalbard is one of the last wilderness left in Europe and once you visit this marvel, you will want to protect the austere place with all its icebergs at all costs. The place is adventurous with its tedious climate and unrelenting cold and yet the calming feel that the snow gives will provide you an experience that cannot be found anywhere else in the world.

How to reach: Accessible by flight from Oslo, local travel by road or cruise

Famous for: One of last remaining wildernesses on Earth, home to polar bears

Best time to visit: May to Oct

The ghost town of Pyramiden,

Svalbard is a group of islands located in the Arctic Ocean. This archipelago has an array of wonders to offer.

Spitsbergen: The largest island in Svalbard has the most settlements and thus, more prospect of activities. With adrenaline fuelling kayaking in the ice-cold water, speed boating, dog sledding, and the unforgettable view of the northern lights, this is the center for tourists.

Longyearbyen: The northernmost city of the world with Svalbard deers free-roaming the streets and the best places to stay. Longyearbyen feels like another world, with roads dotted with snowmobiles and polar bears sighting a few miles away. The place also offers museums and wonderful shopping experiences. 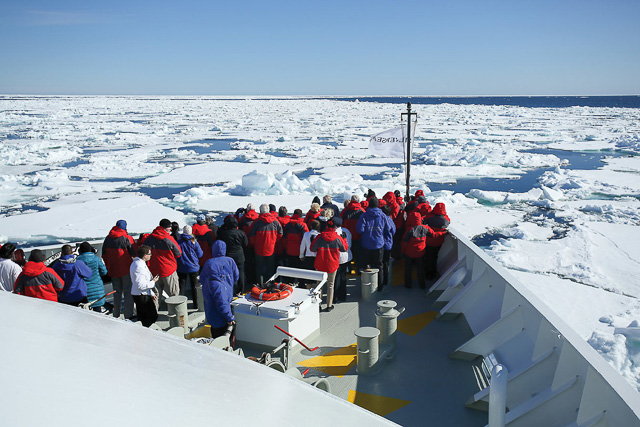 Pyramiden: The ghost town was left by the Russians behind. The cruise to Pyramiden is filled with wonderful landscapes and sightings of whales. In the town, one can hope to catch a sight of a polar bear and an arctic fox. The place is famous for the Russian vodka and its ages-old ghost stories.

Barentsburg: Another of the Russian towns, though it is not abandoned and the mining is still functional, the place is included in the Spitsbergen cruise to Pyramiden for the Russian experience in Norway.

Ny-Alesund: The town is a research facility with research scientists from all over the world staying here. In winter, the town is crowded with ski-enthusiasts and in summers, with tourists. 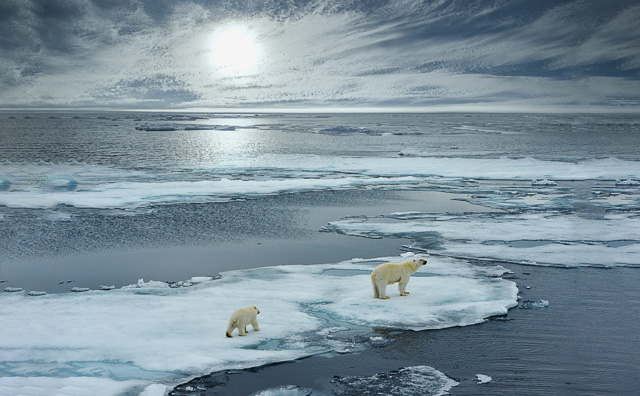 The streets of Longyearbyen are numbers, not names.

The coldest months, January to March are not that cold because of the warm arctic currents. The lowest temperature is around -13°C.

If one dies in Svalbard, they are not buried here as the permafrost preserves the body from decaying. Also, one cannot give birth here as well. The medical facility is not equipped with emergencies that occur during labor.

One has to carry a rifle before leaving a town in case they encounter a polar bear.

Cats are banned as they hunt the native birds.

Before entering restaurants, hotels, and shops, one must remove their shoes. The custom originated in the coal-mining days.

One doesn't need a visa to live and work in Svalbard because of the Svalbard Treaty.

Longyearbyen is the world's northernmost city. 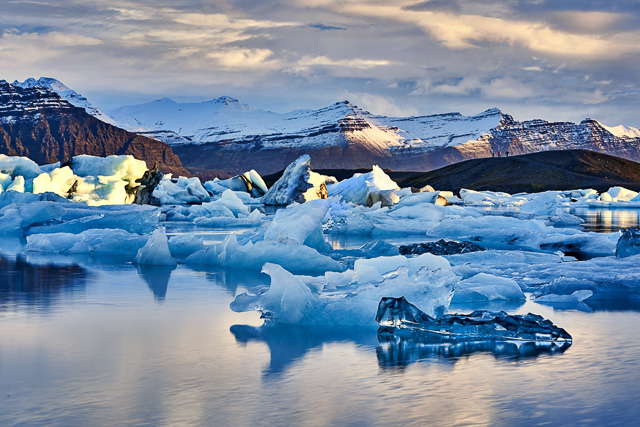 The last wilderness of Europe has a lot to offer in terms of wildlife. With the giant polar bears, quick arctic fox, Svalbard deers, tremendous whales, and walrus, the place has the wonder of Northern beauty. The best time to visit and enjoy the wildlife is during summers and that too, through Spitsbergen cruises and boat rides to avoid any disturbances to the animals. 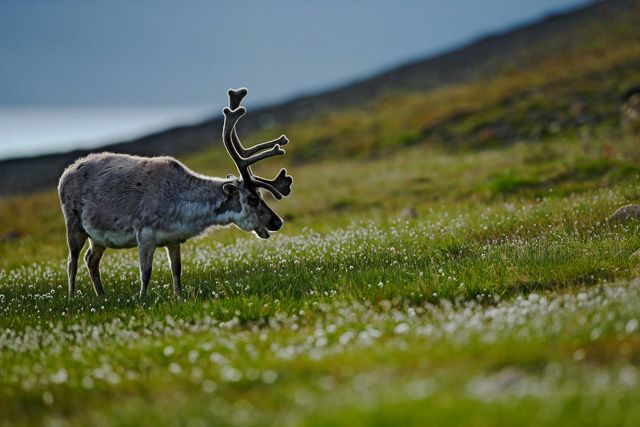 Svalbard Reindeers: The reindeers have adopted themselves with thick bodies and shorter legs to survive in the harsh arctic. These cute giants can be seen roaming around freely without any fears all around the year. 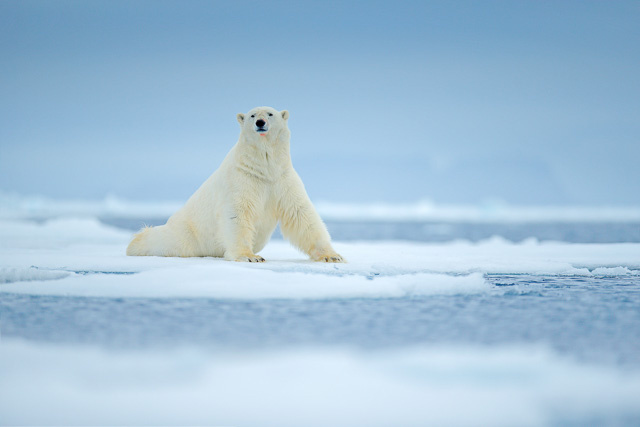 Polar Bears: The polar bears do not hibernate and thus can be seen all around the year but it is safest to go on boat tours to catch a glimpse of these magical animals. In winter, the danger of being suddenly attacked by a polar bear is higher, so the expeditions to spot them are only done in summers. These huge animals can take days to be spotted but when someone catches a glimpse at them, they are humbled by its size and ferocity. However the Svalbard cruises operate only during the summer months of May to September. 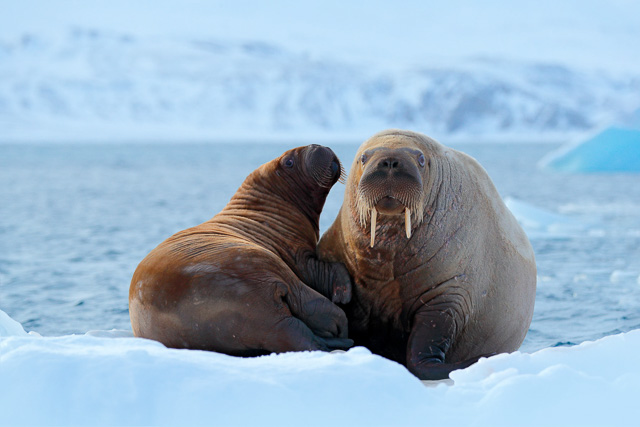 Walrus: One can spot walrus roaming in big groups near the shore in the summers. The boat trips from Longyearbyen which is dedicated to spotting a walrus take as long as a whole day to be completed but is completely worth it for the views that it offers. 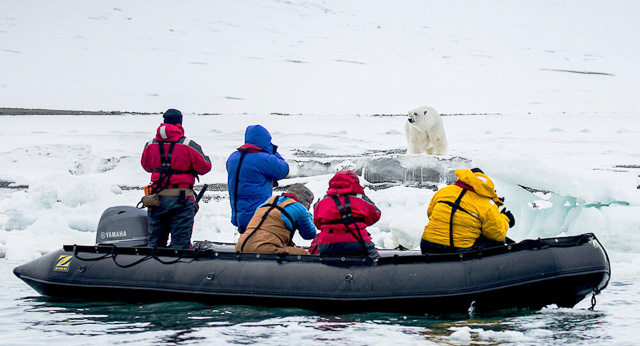 Though one can travel to Svalbard all around the year, the best time is considered to be summers as they are filled with wildlife sightings, great Spitsbergen cruises, and longer excursions. One might argue that September and October are the best time with considerably longer and warmer days and these months are the best to gaze at northern lights.