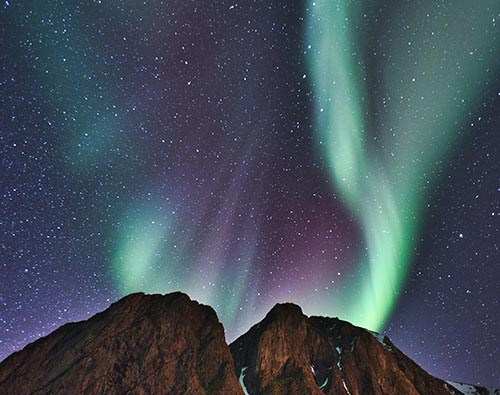 Norway is a part of the Scandinavia peninsula and often called the land of the midnight sun. Its proximity to the Arctic North and the sharp geographic features make it a magical place for everyone who visits. The dancing Northern Lights that light up the skies are natural wonders to behold. Its fjords inspired Disney’s Frozen and its Viking past full of mysterious rituals and valiant stories have always intrigued all kinds of people.

Norway is a different country in different seasons. During summer months the fjords are best enjoyed as well as the various hikes and drives around Lofoten islands. It is also the time of midnight Sun. The polar bear cruises in Svalbard also operate between June and October. Come winters, and it is the time of the celestial northern lights, and Tromso and Lofoten are two best regions to experience them. Whichever season you choose, Norway shall not disappoint you!

What To See On Your Norway Trip

The capital city of Norway, Oslo is usually the starting point for all Norway travel packages and undoubtedly the first glimpse of Norway in store for a traveler. A city that is simultaneously modern and steeped in history at the same time. It has a lot to offer in its parks, museums, art galleries, architecture, harbor, fortress, and urban activities.

The western fjords are an amazing spectacle of nature to be witnessed in Norway. These are best enjoyed in the summers. A car can get you to the nearest drop off points, but the best way to enjoy them is through a boat.

Historically, a region whose only main sustenance was fishing, Lofoten has been nature’s haven for centuries providing ice-free harbors to seafarers. It has a comparatively warmer climate than other places within the Arctic Circle, thanks to the warm Gulf stream which leads to different natural beauty in different seasons. A must-include in any Norway vacation packages, it gives you a glimpse in its Vikings past through the various historical sites and museums. The variety of landscape also makes it a favorite for outdoor activities like mountain climbing, hiking, skiing, fishing, ocean rafting, and scuba diving.

Another jewel in the Nordland of Norway, Tromso is a beautiful mix of culture and nature. All Norway tour packages usually include Tromso from September to March for the Northern Lights and in June-July for the Midnight Sun. Tromso is also called the “Gateway to the Arctic” because in the 1900s it used to be the starting point for Arctic expeditions.

But Tromso is not just about its natural beauty, it is also famous as a very modern city full of exclusive restaurants, beautiful cityscapes, and vibrant nightlife.

The Svalbard Islands are a dream come true for any wildlife lover. The svalbard cruises happen for 5 to 15 days and each covers a different circuit. Polar bears, Arctic foxes, Reindeers, Walruses, and Arctic whales can be regularly seen in the cruises. The cruises happen in medium to large sized ships with capacities ranging from 8 to 150 people, and usually many of these ships are ice breaker to survive in the Arctic seas dotted with frozen ice chunk. To see a Polar bear manoeuvring the Snow chunks in Svalbard is a sight you cannot forget for a lifetime.