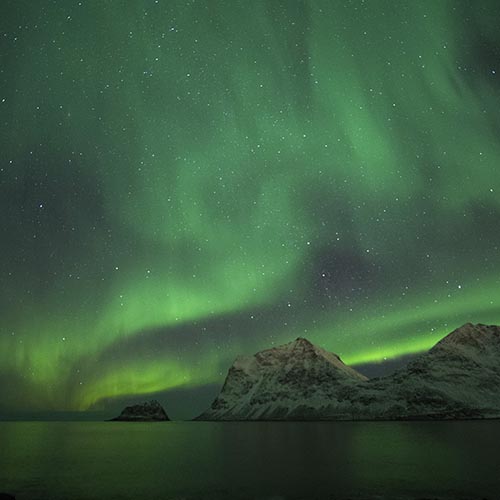 Lofoten Islands is a group of islands that lie in the north of Norway. The place has been called heaven and paradise by voyagers visiting it throughout history. The place has such varied seasons that one never wishes to leave it. It offers the splendid view of midnight sun from May to August and in the winter months of December and January, the islands are covered in a blanket of darkness for most of the day. The place is perfect to watch and admire the aurora borealis Norway in all it’s austere glory. The daunting wall of the mountains that are believed to be the oldest in the world is a refreshing and awe-inspiring sight and boating through the fjords that cut through this mountain is a breath-taking experience. People come here from all over the world to enjoy the pristine beaches where calmness washes over them and to enjoy the local cuisine which is a delight to the tongue.

Along with being a famous tourist spot, Lofoten Island is a place renowned for its fishery and the unique dry fish, which is possible to make only in the conditions available at Lofoten.

How to reach: Slovaer is connected by flight from Oslo, a gateway to Lofoten islands.

Famous for: Breathtaking group of islands with mountains, beaches and hiking trails.

The Historic City of Nusfjord

Things to do in Lofoten:

Marvel at the Landscape: Lofoten Islands has a view at every step. Whether you are gazing on the horizon or are marveling at the mountains, the place will woo you with its wondrous views. 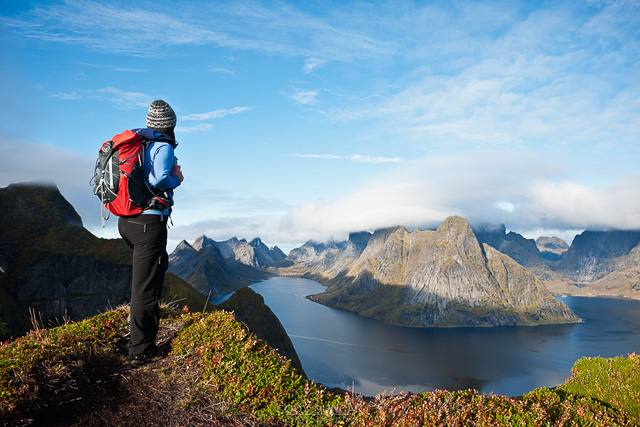 Challenge a Mountain: The most popular activity at Lofoten is hiking. The view of the lush greenery that surrounds the mountains, the view of the island and sea when you reach the summit is such a spectacular experience that one would want to tackle all the hiking trails. 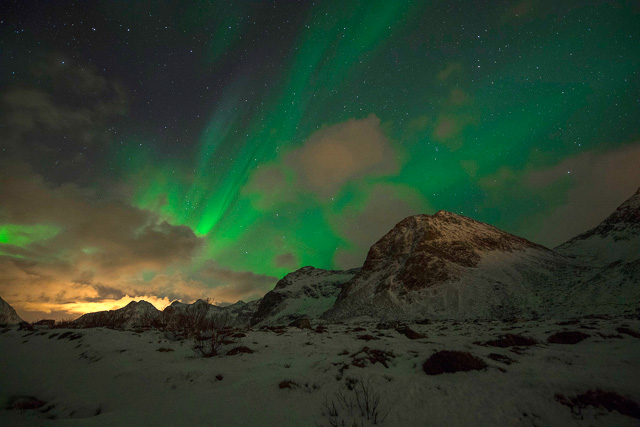 Lie on the Beaches: The sea stretched out before you, the mountains towering behind you and the large expanse of white sand sounds like a paradise. And isn't that what Lofoten exactly is? There are beaches like Ramberg Beach, Hauland Beach, Uttakleiv Beach, and many more that one can visit and unwind. 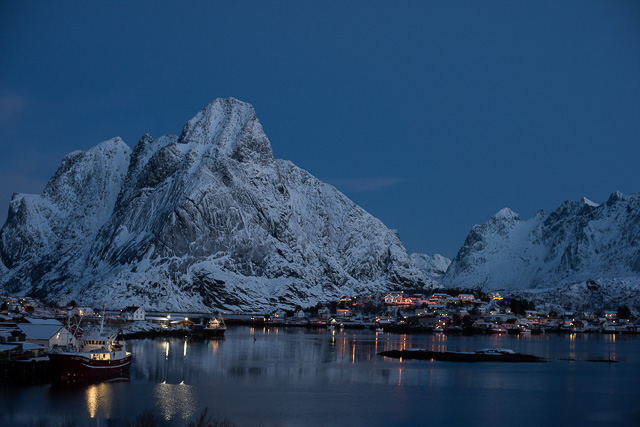 Surfing: Talking about beaches, if one is interested to tackle the cold waves, then some beaches offer the option of surfing as well. Beaches like Unstad receive challenging waves that attract the adventure-lovers from around the world. 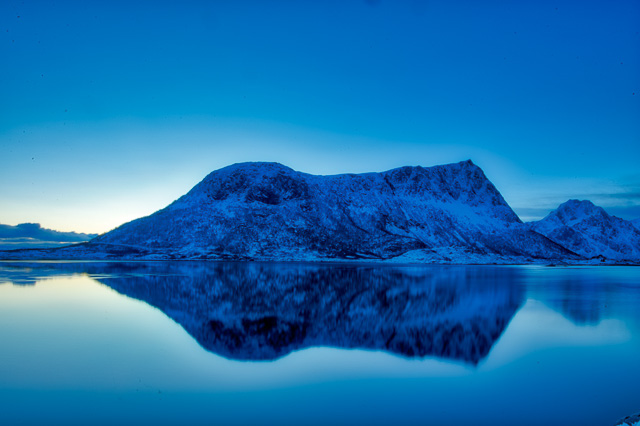 Enjoy the cabins of Rorbu: The renovated fisher's cabin offers a retreat to the tourists who want to experience the atmosphere of living amidst nature. 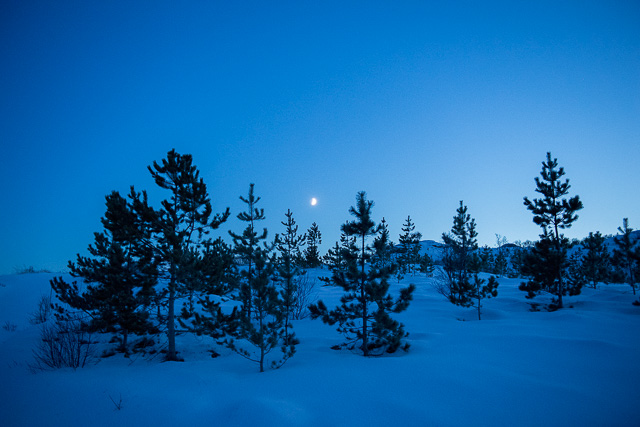 Explore the history of Nusfjord: Nusfjord is an open-air museum with a sawmill, an old cod-liver oil factory, and an old fashioned store that one can visit to get closer to the historic village of Lofoten. 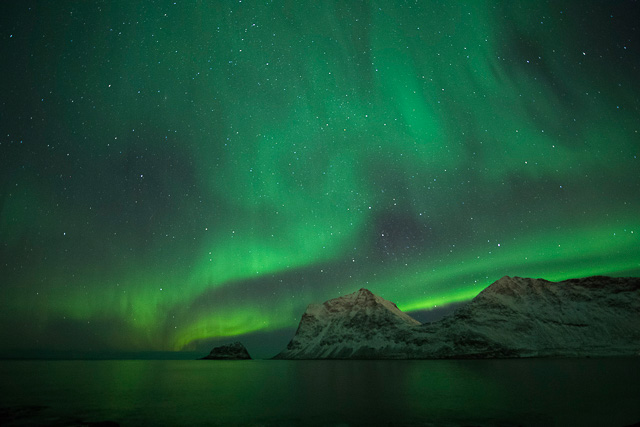 The wonder of Norway lights: Watch the aurora borealis Norway, an exceptional phenomenon of nature. The aurora Norway can be seen from September to April if you are blessed with clear skies. The specter of the Lofoten Islands Northern Lights is spellbinding. 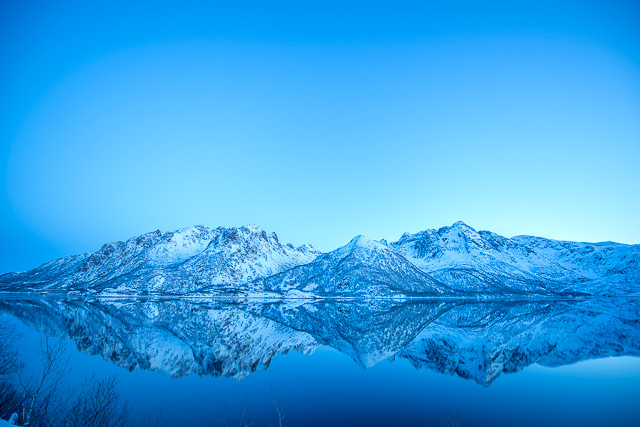 After the days spent sigh-seeing and exerting oneself on a hiking trail, one needs a way of retreating. Visit the towns and villages of Lofoten islands, with their bright shops and comfortable hotels. Walkthrough the fishing villages with their colorful stilt houses and warm cabins.

You can visit the Lofoten Stockfish Museum at the southern town of Ai Lofoten along with the Norwegian Fishing Village Museum. 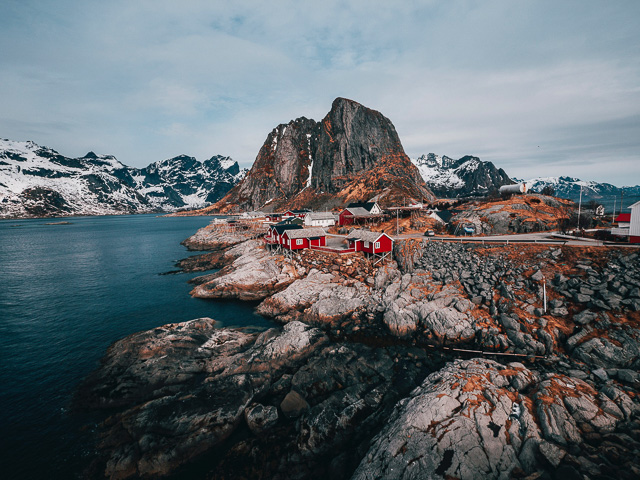 As Lofoten Islands is located in the Arctic Circle, Aurora Norway is a common sight. At night, the sky is filled with hues of green, blue, and pink which are reflected in the sea and generates an atmosphere that can only be explained as mystical. The sight of Norway lights has the best possibility to appear from September through April when the skies are clear. The Northern lights fill the eyes and minds of the onlookers with wonder and awe. 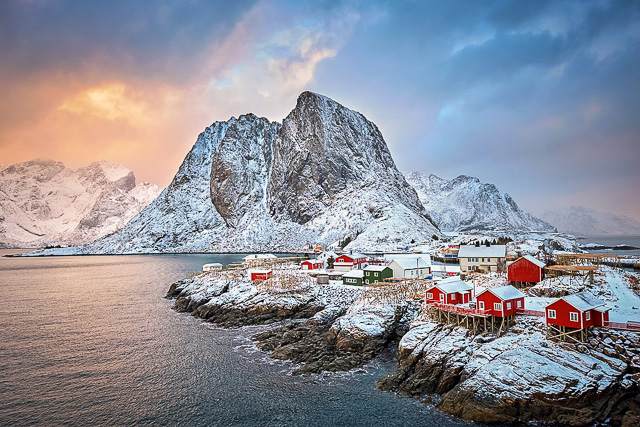 Lofoten Islands is based on fishing culture and the local cuisine has all the tastes of seafood from codfish to oysters. There are many restaurants in the villages and towns that offer lovable treats for food lovers. Other than seafood, other meats, and even vegetarian food is also available, according to the choice of the tourists.