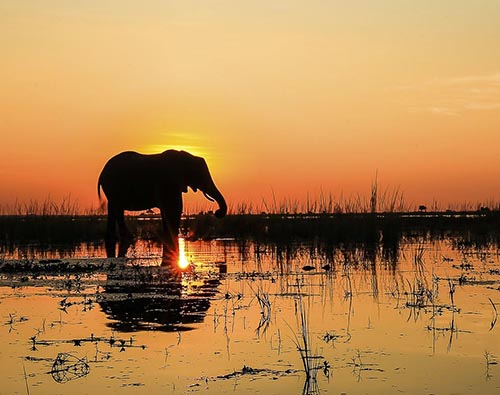 South Africa is popularly known for its open spaces, astonishing landscapes, and its diverse wildlife. The Kruger National Park which is located towards the north-eastern region of this country is one of the most exciting safari destinations across the whole world.

The Kruger National Park safari is considered to be amongst the best, budget-friendly, and easily accessible safari options in Africa. It became the first National Park of the country in 1926. The park covers a vast area of land of about 20000 square kilometers and shares its boundary in the north with Zimbabwe and in the east with Mozambique.

For nature as well as the wildlife-loving people, this National Park proves to be a paradise on the earth. It is the home to nature’s ferocious predators and indigenous African wildlife that can be spotted wild and free. The park is not only famous for its spectacular wildlife and natural beauty but it is also a treasure trove of historical, cultural, and architectural histories.

This park offers unparalleled wildlife along with once-in-the-lifetime experience of open day and night game drives. In our recommendations, we handpick the best lodges in Kruger National Park for accommodation.

How to reach: ‎Mbombela‎ and ‎Phalaborwa are the nearest cities

Famous for: conservation of species

In this part of South Africa, you will get to see various bird species Southern Ground Hornbill & the African Hawk-eagle along with the "Big Five" - Lion, Elephant, Leopard, Buffalo, and Rhino, and other animal species. While on the safari you will come across some of the most picturesque locations you will ever see in life.

The park was first protected by the South African Republic government in 1898 and went on to become South Africa’s first national park in 1926. Sprawled over an area of more than 19000 sq km it is currently part of the Great Limpopo Transfrontier Park, a park that links the Gonarezhou National Park in Zimbabwe, Limpopo National Park in Mozambique with the Kruger National Park. 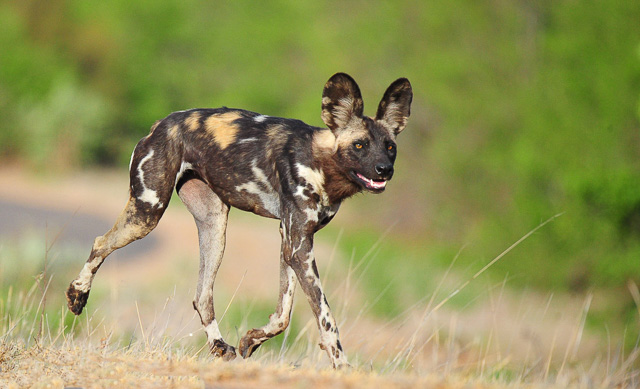 Despite sleeping sickness and malaria depredations in the region, which made the summer visits there a health danger, Lowveld has always been considered a hunter's paradise. Also, in 1896 with the rinderpest outbreak, the wildlife loss was additionally exacerbated which resulted in the deaths of thousands of animals. Therefore in 1898, the President of the Transvaal Republic Government, Paul Kruger declared the region as a 'no hunting' area to protect the Lowveld animals. It was in 1926 when this area became a National Park and was named The Kruger National Park after the president. It was officially opened to the public in 1927. 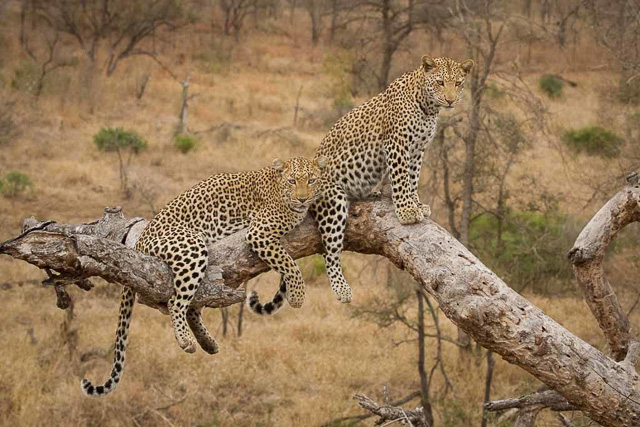 Kruger is one of the world's leading places for game-watching. Within the park, some 147 species of mammals are present. All the classical African big games including the ‘Big Five’ can be found in the park. It is home to animals such as lion, leopard, buffalo, white and black rhino, giraffe, zebra, warthog, honey badger, and various species of antelope, birds, insects, and reptiles.

Here, many species of plants such as riverine have also taken refuge and are flourishing. Naturally, with such a huge botanical diversity, the entire state is divided into 16 macro ecozones. There are about 336 trees in the park and velds of mopane and thorns. 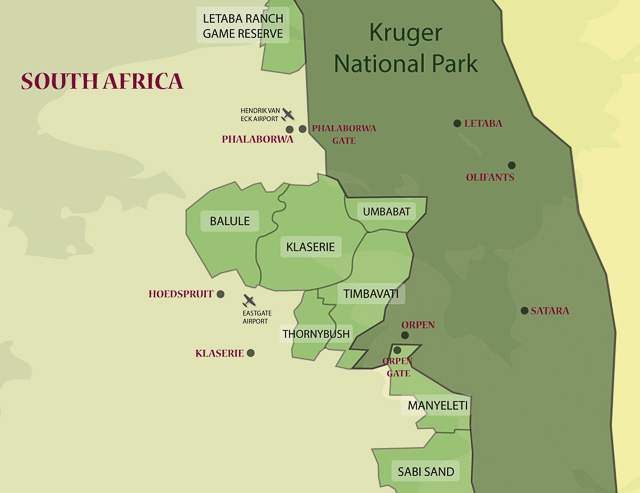 With rich flora and fauna, the highlight of the trip to this National Park is wildlife and bird sighting. As there are ‘Big Five’ game species that were favorites among the hunters and are still the most eagerly searched for during the visit, the ‘Big Six’ are the most desired birds on the sighting list of visitors. The ‘Big Five’ to spot are the- Rhino, Leopard, Lion, Elephant, and Buffalo, and the ‘Big Six’ constitutes of - Pel’s Fishing Owl (rare), Lappet-faced Vulture, Ground Hornbill, Martial Eagle, Saddled-bill Stork, and Kori Bustard. 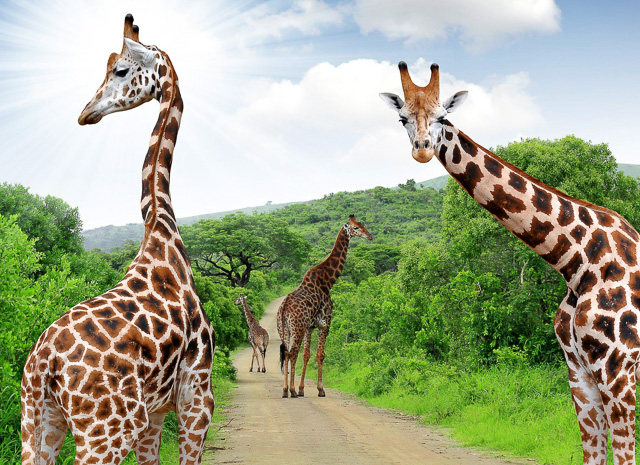 Game drives are the best option during the Kruger National Park safari to spot the wildlife freely and experience the fauna of the region from close. The visitors can either drive around on their own or can opt for a guided one. The day drives are best to experience the tranquillity and night drives to spot the activities of nocturnal creatures. The option of the all-day drive is also available.

The hot air balloon ride over the reserves and lodges offers an aerial perspective of the park making it a memorable event. The visitors can enjoy the region’s scenery amidst the sunrise and spot the herd of mammals intimately. The pilots are qualified and experts, thus making the ride enjoyable and informative. 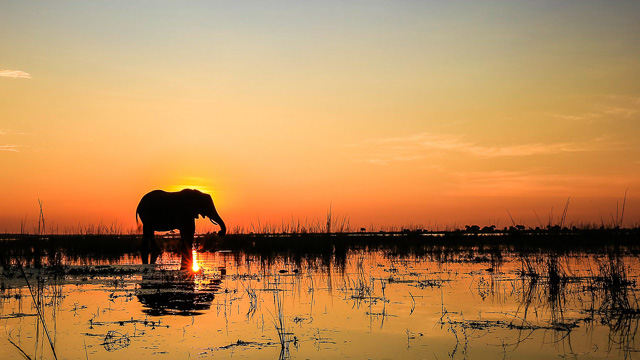 The excitement of tracking rhino, elephant, and lion, and even the small creatures that are missed during the drives by walking through the heat of the bushes cannot be overcome by anything. Bush Walks are one of the most extraordinary ways to learn about Kruger habitats. The bushwalks usually take place in the mornings and afternoons.

Thulamela Ruin is situated near the Luvuhu River on the northern side of the park. Thulamela means “the place of birth” and is an Iron Age archaeological site. It is an incredible stone-walled site that offers insights about African life and culture. It can be explored with or without a guide. 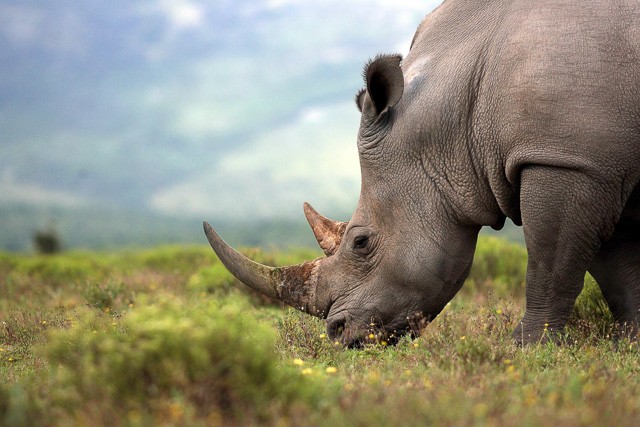 Things to do in Kruger National Park:

The Kruger National Park animals include the big five, the lion, elephants, leopard, rhino, and buffalo. The other animals that are found here include, the endangered African wild dog, wildebeest, giraffe, kudu, bushbuck hippo, nyala, mountain reedbuck, antelope, waterbuck, spotted hyena and more. Kruger is known to have more species of larger mammals than any other African reserve. However, it is not only the big five but also the little animal species that make their presence felt. Fondly also called the Little five, the smaller animal species include the elephant shrew, buffalo weaver, leopard tortoise, rhino beetle, and the ant lion. With more than 500 bird species, Kruger South Africa also boasts of the Big Six Birds that are found in the region. These are the martial eagle, lappet-faced vulture, kori bustard, saddle-billed stork, ground hornbill, and Pel’s fishing owl. The other animals and reptiles found within the parking area include the African rock python, black mamba, crocodiles, bull shark, as well as varied species of butterflies, insects, and spiders.

Other Attractions in Kruger National Park:

The park also has a history of tribal and ethnic cultures, with the Bushman rock paintings and other archeological sites found not too far away from the reserve main area. The Albasini ruins are the remains of the trading post of the well-known Portuguese trader called Joao Albasini. The Masorini ruins are 12 km from the Phalaborwa gate and are where the ruins of the mining and smelting industries from ancient times are found. The local BaPhalaborwa people have constructed huts and live along the border of the park. There is also a museum and picnic area near the huts and ruined furnaces. Thulamela is a large iron gate and a part of the Zimbabwe culture. Besides, one can visit the Letaba Elephant Museum, Stevenson Hamilton Memorial Library and the Jock of the Bushveld Route around the parking area for more insight into the culture and history of the land. The Kruger National Park is a popular destination amongst not only hardcore wildlife enthusiasts but also often visited by families, honeymooners, and groups who find the fascination of watching the majestic large mammals in their natural habitat appealing and equaling satisfying. The Kruger is hence for everyone and with its well-developed lodges, modern amenities and readily accessible roads that run within the parking area as well, it is most definitely a delight for all types of tourists, including children, families, photographers and wildlife enthusiasts.

How to reach Kruger National Park:

Lying in the provinces of Limpopo and Mpumalanga of South Africa, the Kruger National Park is one of the best-connected and accessible parks of Africa. It has nine entry gates and hence leaves one with multiple routes and entry options. Johannesburg is 406km away from Kruger and has a busy international airport. From Johannesburg, the drive to Kruger is well accessible along N4. However, one can also fly from Johannesburg to the Kruger Mpumalanga International airport that is closer to the southern gate or to Hoedspruit or Phalaborwa to enter the central and northern sections of the park respectively. 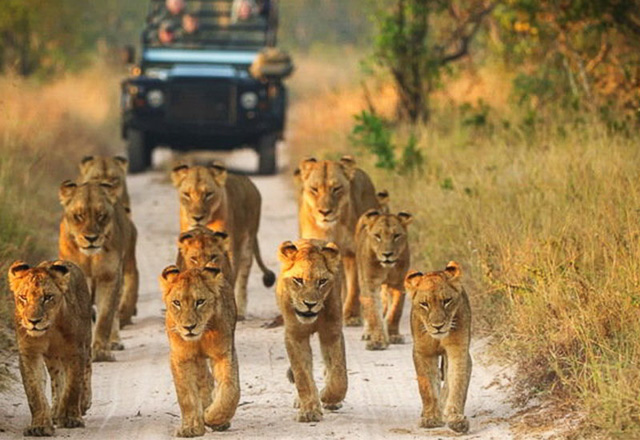