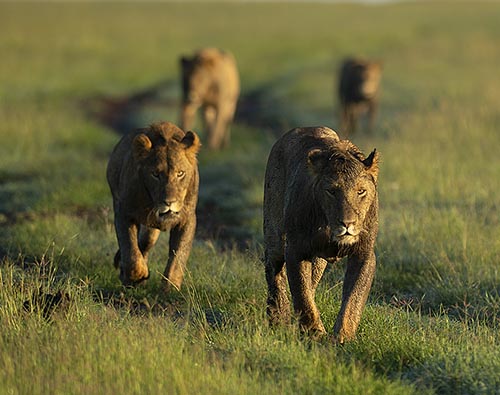 Kenya is a land of dreams as far as the world’s natural heritage goes. The kind of wildlife one witnesses here is hardly matched by any other country on the planet. For most people an African safari means visiting Masai Mara, arguably the most famous wildlife park in the world. While the big cats and other mammals are the star attractions all through the year, during July to September it also becomes the home to the great migration of Wildebeests and Zebras, which is touted as the foremost natural wonder on Earth. Apart from Masai Mara there are other national parks offering experiences which compliment Masai Mara. It is always a good idea to round up the wildlife experience with the spectacular beaches of Kenya - Mombasa or Diani. Kenya also offers some of the most unique and experiential stays on the planet, and some amazing food.

Kenya has 3 distinct holiday themes, the most prominent one is the wildlife circuit, for which Kenya is famous globally. Then Kenya also has a vibrant beach circuit at its coast. Finally there are some great options for those who enjoy hiking and trekking. Whichever option or combinations of options you choose, be sure to savour lip smacking local cuisine and get a first hand taste of authentic Masai and other local cultures. Your Kenya experience cannot be complete without savouring few experiential stay options. Kenya offers some of the most luxurious and nature-friendly accomodations found in the world, while it also caters to the midrange segment equally well. Reach out to our destination experts to design a perfect Kenya trip for you as per your tastes, or you can look for a Kenya fixed departure listed above.

First and foremost amongst them is Masai Mara, arguably the most famous national park in the world, which has been the subject of multiple documentaries like the BBC Big Cats Diary. Masai Mara is the centre stage of the great annual migration of over 2 million Wildebeests and Zebras which is often touted as the 8th wonder of the world. The abundance of big Cats, birds and other wildlife in the Mara just amazes a first time visitor, and even continues to amaze veterans as well. At Masai Mara one can see all the African big 5, as also over 470 bird species have been recorded there. Some of the notable mammals are Lions, Leopards, Cheetahs, Rhino, Giraffe, Zebra, Elephant, Hippopotamus, Impala, Thomson Gazelle, Eland, Waterbuck, Warthog and of course the Wildebeest.

This is a 45 square km lake, which is one of the Rift Valley soda lakes. Circumventing the lake is a beautiful forest which is famous for its black Rhino and white Rhino population, Rothschild Giraffe (One found in Masai Mara is Masai Giraffe), plenty of birds (many are not found in Masai Mara) and earlier it was a great habitat for thousands of flamingos. Now still flamingos are found there but not in abundance. Nakuru also has a good Lion population which is seen often.

This is an unique park, as it offers majestic views of Mount Kilimanjaro, Africa's tallest peak located in Tanzania just across the border. It is also famous for its huge African bull elephants and the majestic Sunsets in the backdrop of Kilimanjaro.

Lake Naivasha is a freshwater lake about 2 hours drive from Nairobi. It is famous for its Pelican population, some Flamingos and the African fish Eagle. The primary way of enjoying the wildlife is through boating safaris on the lake. Also seen abundantly are Hippos floating in the water while boating.

Ol Pejeta is a private conservancy (all others listed above are national parks) which is home to a good black rhino population and shelters the last two remaining northern white rhinos on this planet. It is also iconic because one has to cross the equator while driving to Ol Pajeta from Nairobi. Ol Pejeta is just north of ecuator, while Nairobi lies in the south. It is also famous for its reticulated Giraffe population.

Samburu is famous for its frequent Leopard sightings, rivalling or sometimes even more than Masai Mara. That apart it has a very unique forest landscape, which is unlike most of other Kenyan national parks. It is also famous for its Grevy's zebra population, which is another kind of Zebra than what is seen in Masai Mara and most parks in Kenya.

Kenya has some of the most breathtaking beaches in the world, in Mombasa and Diani. These two beach destinations, 30kms apart, have some unique and experiential beach stays. One can enjoy numerous water activities like snorkelling, scuba diving, surf boarding etc along these beaches.

Mount Kenya is considered the most technically challenging climb in the whole of Africa, even more than Mount Kilimanjaro. However the rewards are many, including some of the most pristine scenery you will encounter along the way. Also at the base of the mountain lies the Mount Kenya National Park, which is also home to a decent wildlife population.

It is one of the best rock climbing destinations in Kenya, and also a place where you can cycle with Giraffes and Zebras. It has some amazing scenery including huge cliffs, stark rock towers, water-gouged gorges, naked volcanoes and many geothermal steams make it one of the most atmospheric Parks in Africa.

All the above tourist destinations in Kenya boast of a spectacular range of accommodation, suiting all budgets. What stays in the memories of our guests is staying at one of the unique and experiential properties. Many of these while offering creature comforts, also offer a glimpse of staying amidst nature, so much so that in some of them you can sometimes hear Lions and other animals making noises right from your bed. Some of the unique accommodations we work with are Sanctuary Olonana, Mahali Mzuri, Angama Mara, Serena Sweetwaters, Mara Sarova, Governor's camp, Nakuru Lion Hill, Olgatuni Camp, Elewana beach resort and many others. Each is unique in its own way and different from others. When you consult our destination experts for designing your Kenya holiday, they will recommend the right one for you depending on your tastes and budget.