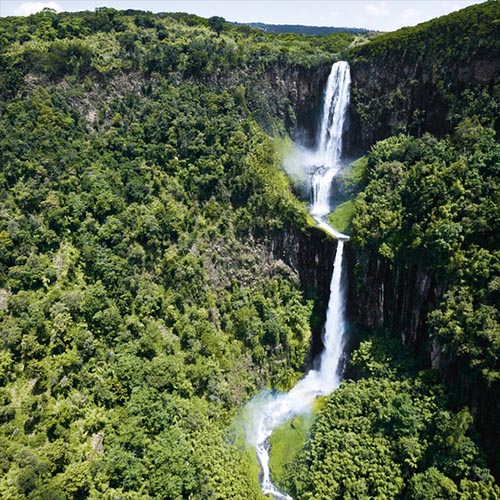 A treat for nature lovers, Aberdare National Park has an abundance of spellbinding sights and majestic flora and fauna that can widen anyone’s eyes. One cannot imagine that these thick tropical forests were once a volcanic site. The mist produces a feel of mystery as if the place hides its secrets. The rare black leopard, black rhino, antelopes, elephants, an array of different species of birds, and the picturesque waterfalls call to the heart of explorers and adventurers. The place looks tranquil and untouched by modern humans and is a paradise on Earth. A day in the fresh air and serene atmosphere of this place can rejuvenate and refresh a person from inside out.

As the legend goes, this is where Queen Elizabeth went up the hotel Treetops Kenya as a Princess and while descending from the Treetops, she received the news that her father, King George the Fifth, had passed away. And thus, in the Aberdare National Park, Princess Elizabeth became the Queen of England overnight.

Nearest airport:local airstrips at Nyeri and Mweiga.JKIA is the nearest international airport

How to reach:150km from Nairobi by road

Wildlife all along the park

Many ridges and river valleys

In 1952, soon to be Queen, Princess Elizabeth visited Aberdare National Park with her husband, Prince Phillip. There they spent their days visiting the beautiful Treetops and watching the wildlife in their natural habitat. The royals were spellbound, watching the animals from such proximity, namely the rhinos and elephants, and planned to visit the waterhole early in the morning to watch the creatures of nature come together.

When she came down again later in the day, satisfied with her safari, she received the news of the death of her father. She became the fifth British Monarch to be away from England on the night of her accession. And thus, the princess of England turned into Queen amidst the Treetops at Aberdare National Park. 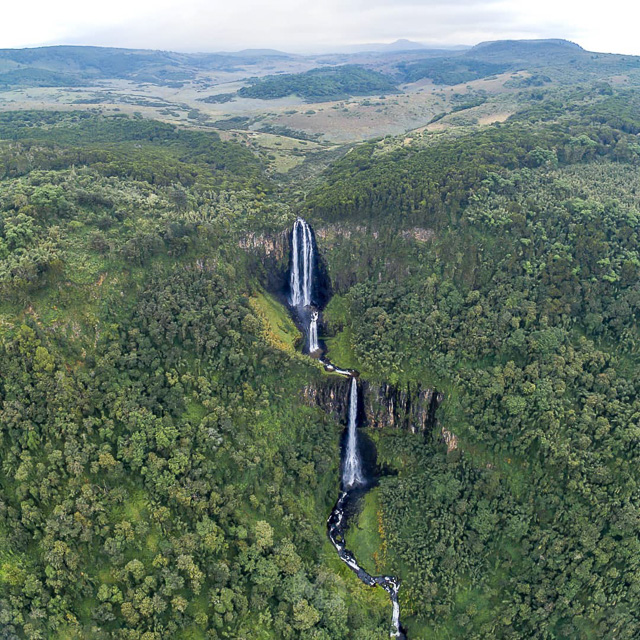 For nature enthusiasts, Aberdare National Park offers the pristine scenery of wildlife in its untouched form. The safari, trekking, game watching, and other activities that are available in the natural park gives you an unfiltered look at the life of wild animals. The flora of this place is so unique in its features and form. The land has some mighty waterfalls that are a treat to the eyes. The Gura waterfall plunges from an astounding height of 300 m, making it one of the steepest waterfalls in Africa. Karura waterfall is a marvel in itself as well.

The forest has a number of biking and walking trails for tourists. The trails are especially used by morning joggers and runners who like to start their day with a refreshing breath amidst the wonder of nature. 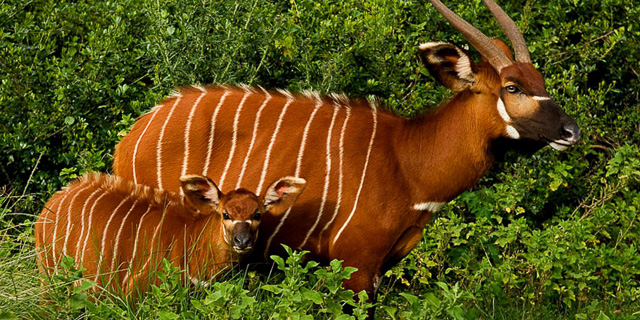 The National Park is known for having the second-highest number of black rhinos, which are an endangered species. Along with them, one can easily spot animals like elephants, hyenas, antelopes, baboons, waterbuck, jackal, and on rare occasions, the black leopard.

The misty environment of the park makes it look like a place shrouded in mystery, like a forbidden forest of mother nature. The forest is home to almost 290 endangered and unique bird species, making the place a birdwatcher's delight. The forests are amassed with butterflies as well, making it look like something out of a fairytale. 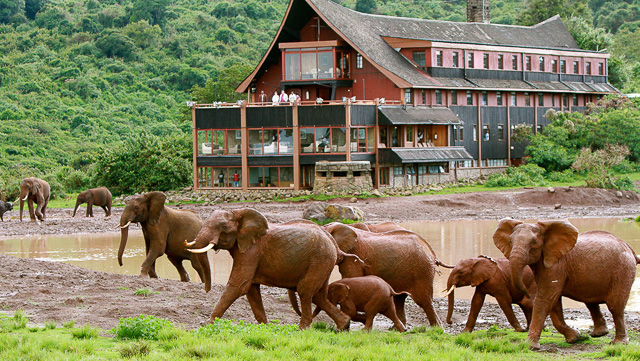 The Treetops Hotel: This is the same hotel where Queen Elizabeth and Prince Phillip had stayed during their visit back in 1952. The hotel offers a splendid view of the national park and comfort of home as well.

The Ark Hotel: The lodge is located in the lap of forest and offers nighttime game viewing as well as provides for all the luxury needs of the tourists. One can indulge in the local cuisine and environment of Aberdare while staying at the Ark.