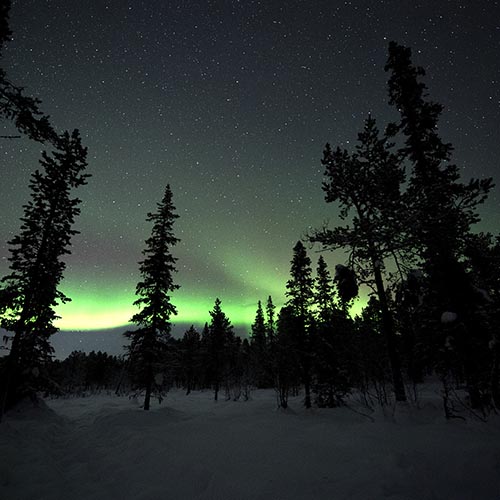 Ever heard the stories of how a certain gift-giving jolly old man with a red cap and snow-white beard coming from the North pole? Well, look no further because this is where he lives!

Rovaniemi is the ‘North Pole’ mentioned in the legendary tale of Santa Claus and the unofficial capital of the Finnish Laplands. A popular winter holiday destination, Rovaniemi is located in Finland and falls within the Arctic Circle.

The town offers a list of locations where tourists can get the authentic Christmas experience including Snow World, Santa Park, and the famous Santa Claus Village, Rovaniemi. Another popular reason to visit it is to see the Northern lights or the Aurora Borealis that can appear right outside town, it is easily accessible and the city provides several ways to view them at the visitor’s convenience.

The town in itself is reindeer-themed as, after being on the brink of destruction after the second World War, it was rebuilt by Alvar Aalto to make the streets and houses in such a way that the entire town is in the shape of a reindeer’s head and antlers!

Not only does the town offer winter-themed fun and frolic combined with a typical Lapland Christmas, but the Arktikum museum offers tourists the ability to learn and experience the various stories of origin and the history that surrounds the town.

How to reach: Rovaniemi has a local airport

Santa Village Finland: A completely Santa themed place, the Santa Claus village is where one can visit Santa any time of the year. There is also a Santa post office with friendly postal elves who make sure anybody who receives a letter gets it with an official stamp. Apart from this there are several Christmas themed restaurants, gift shops, and a permanent exhibition called Santa’s House of Snowmobiles. There are a lot of visitors from nearby towns as well as it is easily accessible by train. For example from the Santa village to Helsinki, it takes less than a day to cover. 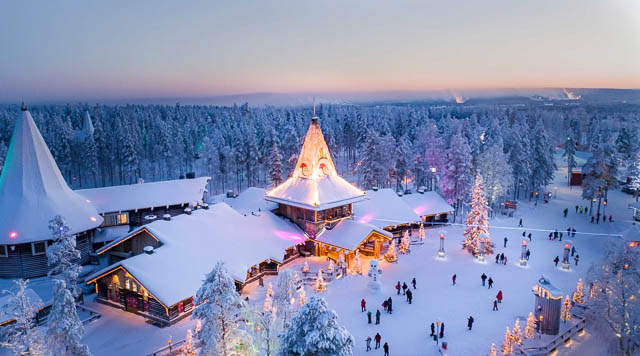 Santa Park: Similar to the Santa Village the Santa Park is located a lot closer to the town and filled with activities specifically meant for the entertainment of Children. There is an Elf school, an Ice Princess Gallery, an Angry Birds activity area and they can also learn how to make cookies at the bakery of Mrs Gingerbread.

Arktikum: Considered an architectural marvel, the Arktikum is where the Regional Museum of Lapland, the conference center, and the Arctic Science center are all located. Excellent addition to the tour for any person who isn’t here just to make merry but to also understand the culture and history of the place, the Arktikum often has several exhibitions happening in the museum that form popular tourist attractions.

Snow World: This place calls itself the ‘merriest place in the Arctic Circle’ and rightly so. Custom themed for a fun time with the family, the entire place is ice-themed with an Ice restaurant, an Igloo Hotel, and an Ice Bar. The are several activities here as well which include skating, snow sculpting, and the most popular activity being Bag jump.

Science Centre Pilke: Said to be made entirely of wood most of which was sourced from forests in Finland, the Science Centre Pilke is yet another architectural gem that not only talks about the local flora and fauna but also is the home of the Metsahallitus, Finland’s National Agency responsible for Parks, Hiking Areas, Wildernesses and Heritage sites.

Korundi House of Culture: One of the only buildings to survive after the second World War, it houses both the Lapland Chamber Orchestra and the Rovaniemi Art Museum. Both these locations are an important part of the town’s culture, drawing in a crowd almost every day. The Orchestra performs quite often and the art museum is renowned for Modern and Northern Art pieces. 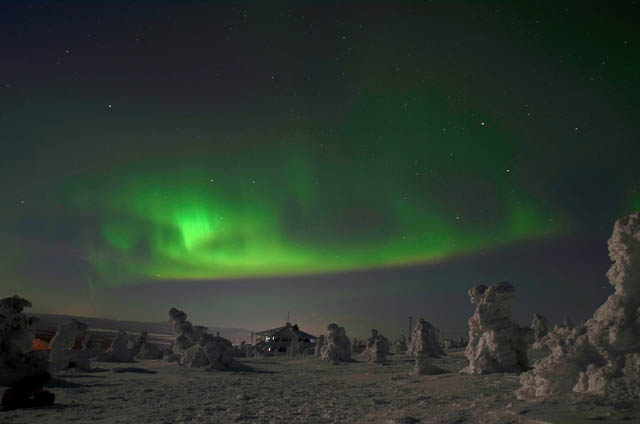 Arctic Adventure Park: A popular tourist attraction, the Arctic Adventure Park is located on the Ounasvaara Hill and offers ‘tree-top’ activities for adults and kids. They consist of adventures where the participants have to move from tree to tree via ropes, nets, beams, and bridges. It ensures safety by making sure they are placed higher than seven feet and there are also height charts to determine the eligibility of the participants.

Lampivaara Amethyst Mine: A national park located within driving distance from Rovaniemi, this is a national park that has been opened to the tourists and citizens to explore its grounds. On top of the fell, there is an amethyst mine where people are allowed to search for gemstones. Several folk tales and myths are surrounding the park and amethysts as well.

Arctic Snow Hotel: A great place to stay during a long holiday, the Arctic Snow hotel features everything including its restaurants and bars in a snow-theme apart from offering recreational activities for its guests like hiking or ice fishing.

Ranua Wildlife Park: With over fifty species of animals, a separate park of domestic animals and a petting zoo, the Ranua Wildlife Park is a great place to spend time with children. It is located about 80 km to the south of the city and can be reached via the bus service provided. 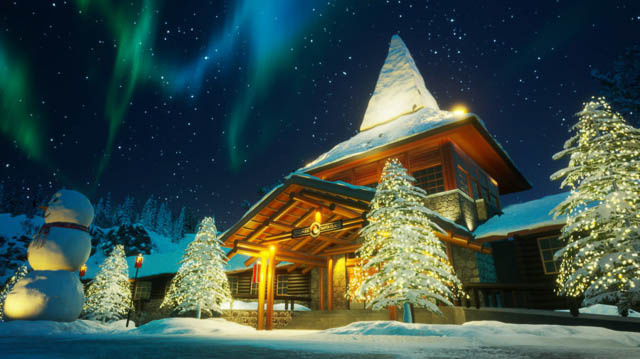 Best ways to see the Northern Lights near Rovaniemi:

The Aurora Borealis or the northern lights are a magical experience and a sight to behold after an entire day of exploring. The city hence offers several ways to enjoy them which includes:

Northern Lights Flight: If you’re ready to go all-in, this is one of the best ways to experience the lights, it is an hour-long and gets you as close to them as possible.

Aurora Ice Floating: This means you get to float on ice and see the lights right above you while doing so. A rescue suit is provided to keep the visitors warm in the water.

Glass Igloo Stay: There are arctic glass igloos within the Santa village from which you can witness the lights as well, which is a great way to experience them while being a part of a bigger group of people.

Husky Tour or Reindeer Rides: A lot of combination tours consist of watching the lights while riding through the snow. It is usually preferred by the tourists as well since it is a truly exhilarating way to experience the lights. 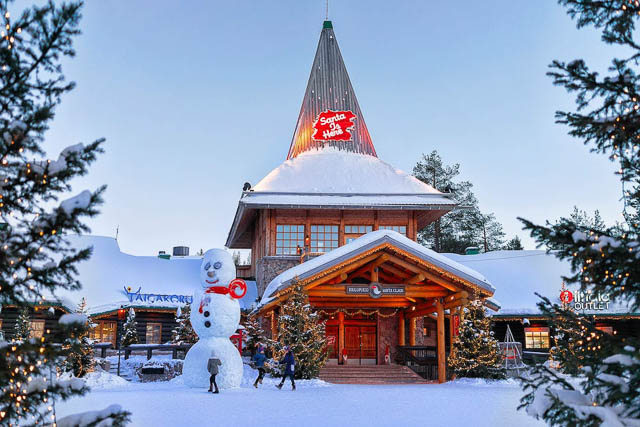 Snowmobile tour: There are snowmobiles that you can rent at the City Centre and ride through the forests to reach the viewing point of the lights. This is a great option for those who prefer to drive themselves than to opt for a ride.

Snowshoeing: A lot of people prefer to take a nice walk in the snow to watch the lights, making it an altogether peaceful experience. Snowshoeing is an activity provided by the city where tourists can rent the gear to go see the lights.

Viewing spots: For those who prefer an easier option, viewing spots are a great way to reach easily and get a solid view of the lights without making your way across the forest. There are spots available within the city as well in the Santa village and the Museum. 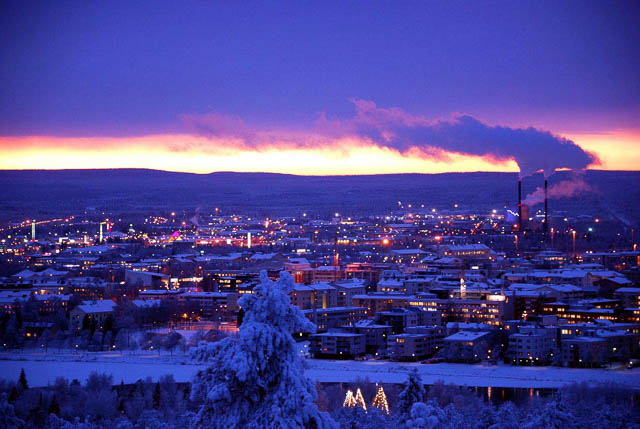