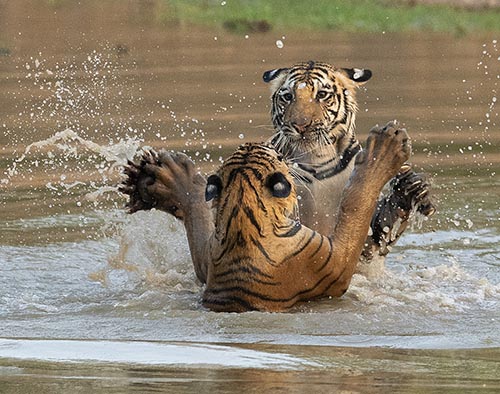 Bandhavgarh is one of the jungles of India with deep roots in history. The Rewa dynasty's history is attached to this forest as well. These are the forests that gave the progenitors for the wild Bengal tigers all over the world. The biodiversity of the forest is vast and is not fully cataloged yet. Hundreds of species of plants and grasslands support the wide variety of birds and insects around the forest. The hilly terrains, steep ridges, sal forests, and the Bamboo clumps are salient features of the forest. This wildlife is one of the best tiger breeding habitats in the world.

How to reach: 4 hours from Ahmedabad airport

The silver lining of this forest is the Bandhavgarh National Park. In the Shahdol district, it covers an area of approximately 448 sq. Km. The reserve also shares it's Vindhyan Topography with Kanha. The northern ridges are covered with streams while the southern region is covered by the lush and vast grasslands of the Sal forests. Only three streams run through this vast reserve and this is one of the reasons that the wildlife is concentrated at few points. Although, the streams are widely dispersed through the forest in a criss-cross manner. This encourages the herbivore to disperse throughout the forest in monsoon seasons. 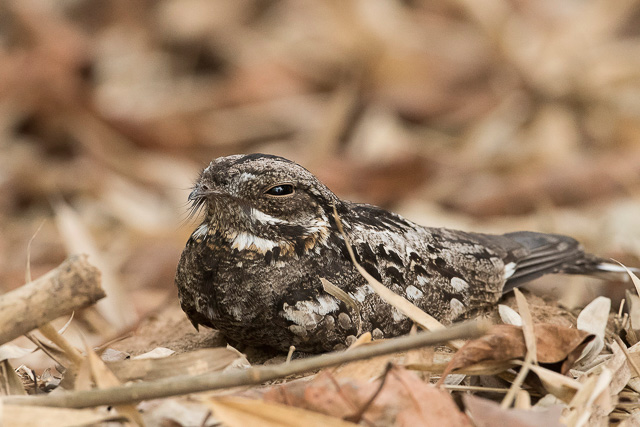 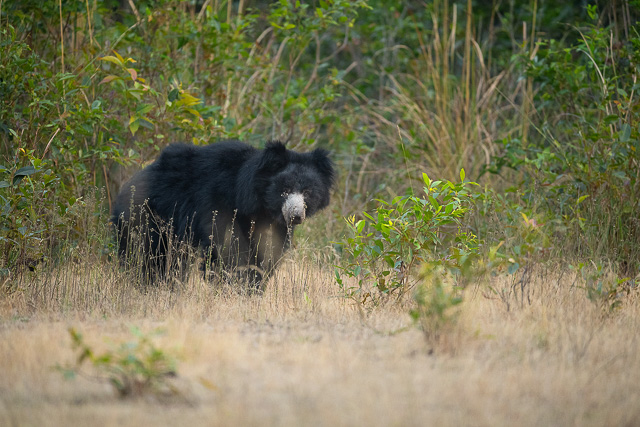 It is no wonder that Bandhavgarh is widely renowned for the tiger population in the reserve. Experts believe that this population of wild Bengal tigers is supported by the highly-dense prey population. The density of tigers in this reserve is the highest in the world. The tiger cubs in the wild can be very easily spotted during the summers. This is because almost all the predators and prey have to reach out to the rivers for water during the summer seasons. Although if you have a talented and experienced guide with you, you may spot the tigers in any season of the year. If the guides are experts then they can track down more than just a single tiger every day based on the jungle signs, the alarm voices of langurs, the pug marks left by the predators, and many other signs. 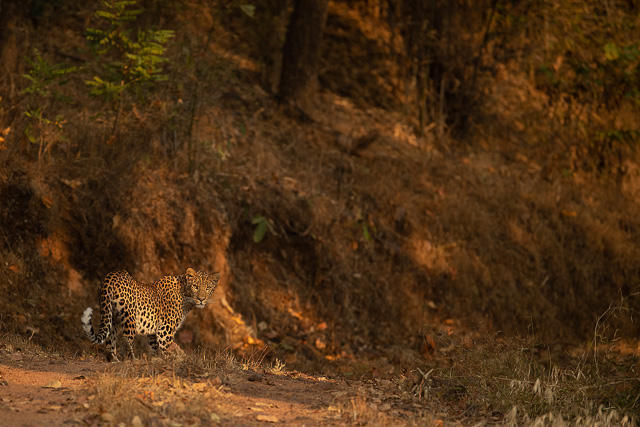 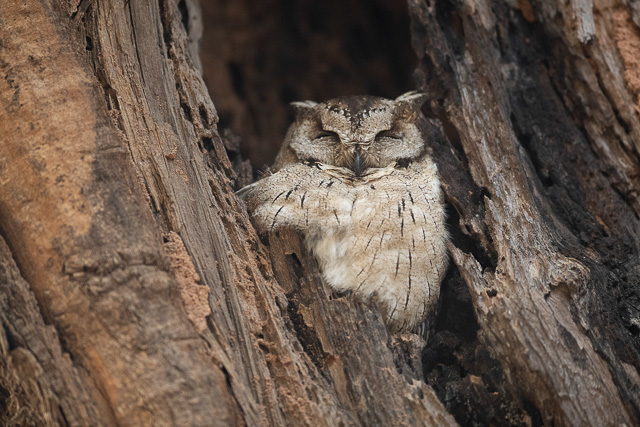 The most common prey for the tigers here is the Chital, Sambar, Barking Deer, Wild boar, Nilgai Antelope, and monkeys among others. The massive Indian Bison aka Gaurs come down to the central meadows in the summer seasons and return to the hills in monsoons when the grazing is better on the tops. This is one of the best reserves to spot the Large Gaurs. 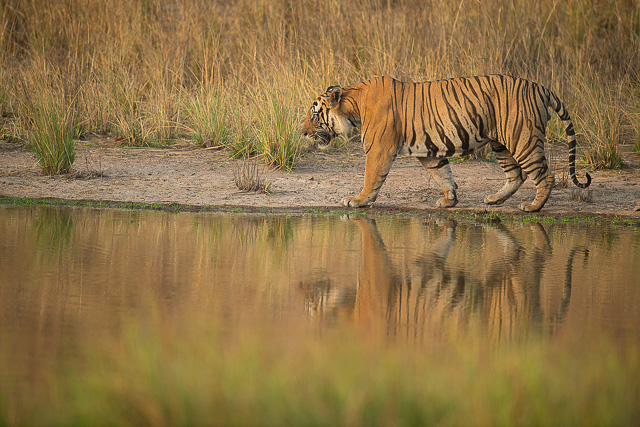 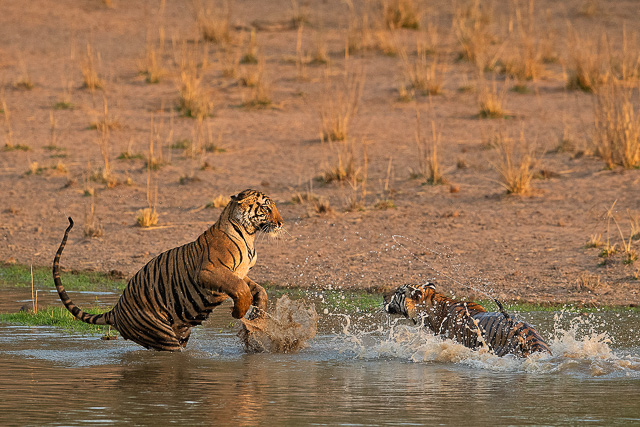 A safari to the Bandhavgarh National Park is one of the most thrilling experiences. The advisable safari for the reserve would be a Jeep Safari. The experience would be stimulating spotting the predators in the wild or the herds of prey in their natural habitat. 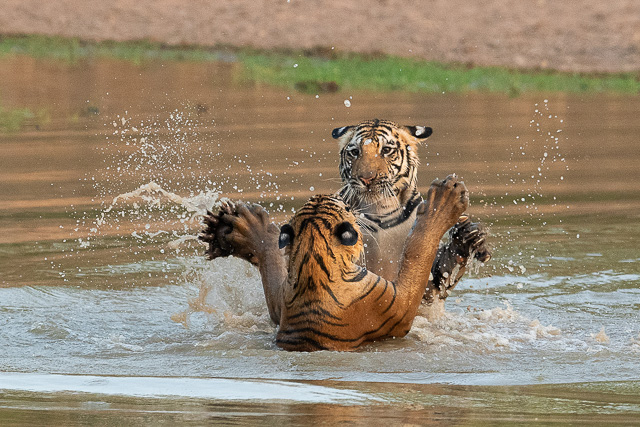 The forest is prominently divided into four zones. The oldest among them is Tala, which houses the Bandhavgarh Fort. It also includes the vast Chakradhar meadow used by the Bisons for grazing. Up the hill, in a groove around the source of the Charaganga river, is a giant Vishnu statue. This statue is in a reclining pose and is known as Sheshshaiya. Many manmade caves can be found; some of which, date back to the prehistoric era. The three other zones, Magadhi, Khitauli, and Panpatha were added to expand the area later. 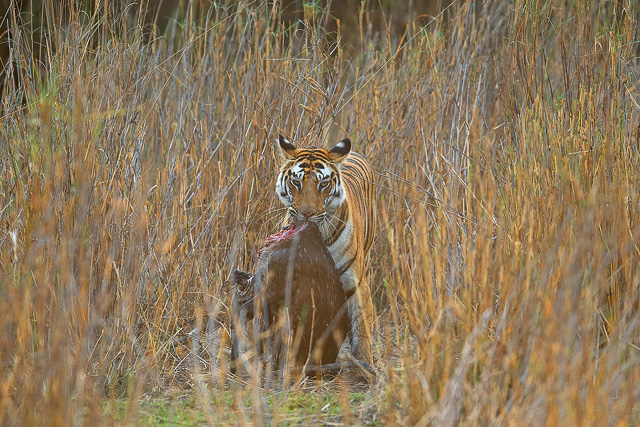 This fort is a part of the Vindhya ranges in the Umaria region. The dazzling historical monument stands on the hillocks inside the reserve. Sadly, the fort is closed to tourists. Although the fort is a gateway to many caves with ancient inscriptions and rock paintings. These caves are believed to originate from the Treta Yuga. 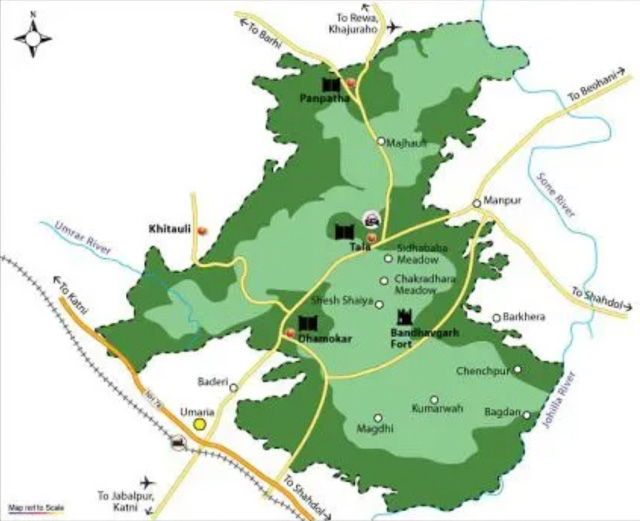 Sheshshaiya is the Hindu deity Lord Vishnu's reclining posture, with a canopy of Sheshnag, the seven-headed serpent. The Sheshshaiya is open to all the tourists and guests during the Tala zone safari. The statue is situated in a groove close to the source of the Charaganga river. The statue adds to the mystic surrounding and the beauty of the reserve.