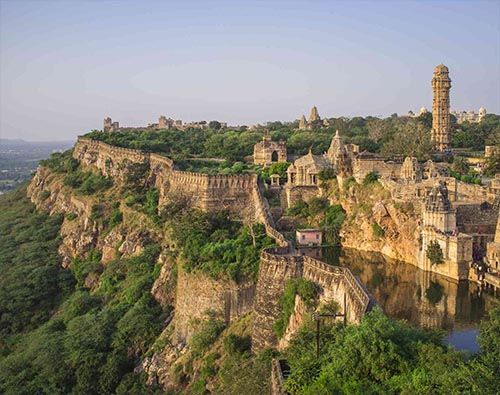 The very sound of the name Chittorgarh incites a feeling of awe, thrill, and reverence. Indian history books cover everything there is to Chittorgarh, but to listen closely to the echoes of the past, one has to visit it and get acquainted with its various attractions, especially the Chittorgarh Fort. In fact, Chittorgarh brims with the historical sagas of spirituality, sacrifice, and chivalry.

Home to India’s finest fort, Chittorgarh is the land that served as a witness to the passion, pride, and bravery of the Rajputs. The Chittor fort stands tall and proud, meets and greets every inquisitive visitor, resonating with the tumultuous past of the Rajputs. Despite having borne the brunt of violent attacks throughout history, it has stood the test of time and welcomes tourists in Rajasthan with open arms. Without a visit to this imposing structure, your trip may be as well as incomplete.

Nestling in the south-eastern corner of Rajasthan, Chittorgarh boasts of rich heritage, its repository of buildings with historical significance, and evergreen folklore. For those who love history, the name of Chittorgarh is synonymous with glorious battles, especially the siege of the Sultan of Delhi, Ala-Ud-din Khilji in 1303, who was enamoured by the beauty and glory of Queen Padmavati and decided to abduct her by launching an attack on Chittor fort.

Are you ready to explore this eminent place of wonders, its historical roots, and do a bit of time travelling?

Famous for: Forts and Palaces

The history of Chittorgarh, as hinted above, is one of the most invigorating and inspiring chapters in Indian history. It was in Chittor, where the chivalry of Rajput sprung to life, and there is practically no other place that can possibly narrate the saga of heroic sieges as the sacred walls and the ruined palaces of Chittor do.

Chittorgarh was one of the most coveted seats of power in India. Wars were waged, battles were fought, all in the name of power. Bappa Rawal, the founder of the Sisodia dynasty, had received Chittorgarh as a dowry when marrying the last Solanki princess. Chittor crowns a 180-metre high hill and it spans an area of 700 acres.

Bappa Rawal’s descendants succeeded in ruling the erstwhile Mewar from its capital city Chittorgarh for eight centuries, but during this time, the impregnable city was attacked, overrun, and plundered thrice. 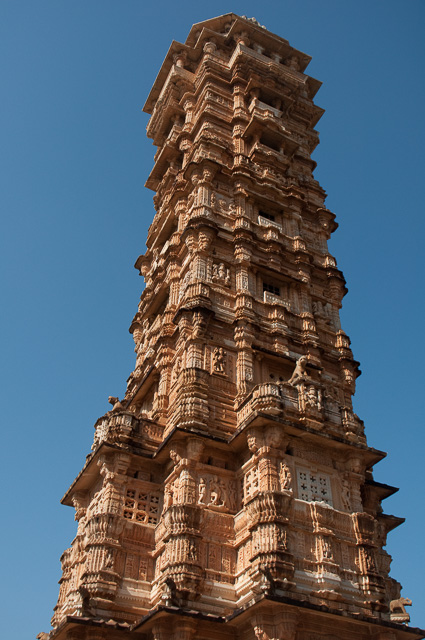 Perhaps it is the tales of Rajputs that inspire the locals, for chivalry seems to be very much alive in these parts. Leading traditional lives, Chittorgarh residents are well aware of their rich cultural heritage but they believe in modernity too. There is no particular religion followed, as Chittor is home to a religiously diverse population living in close harmony, speaking either Hindi, Rajasthani, or Marwari.

The locals love to indulge in delish treats whenever the opportunity arises and some of the dishes worth trying out on your trip include Seera, Mirchi ka Achaar, Lapsi, Karhi, and Kheer. Since the land was ruled by Rajputs and Mughals, the cuisine includes both veg and non-veg delicacies. 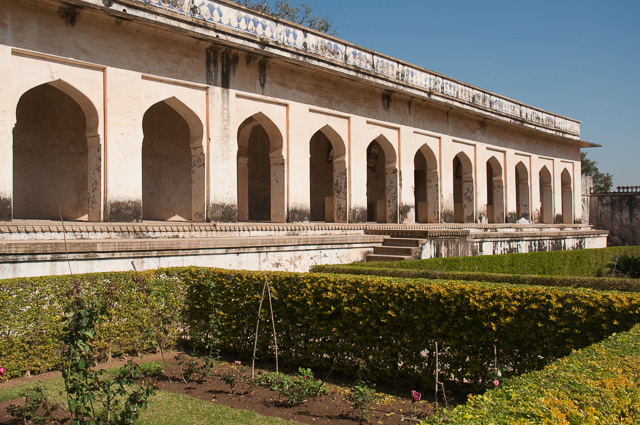 Fort Of Chittorgarh or Chittor Fort: Chittorgarh Fortposes regally atop a hill and looks protectively over the entire city. The fort is renowned for its attractions and the backdrop enhances the aesthetic charm of the place and gives it a dreamlike quality. What draws people here are the tales of brave queens who performed Jauhar (self-immolation) to save their city in times of war.

Water Fort: Chittor Fort is also called the Water Fort for it once comprised 84 water bodies, out of which only 22 exist today. The other attractions housed within the formidable fort include Kirti Stambh, Vijay Stambh, Meera Mandir, and Rana Kumbha Palace.

Tower Of Victory (Vijay Stambh): Vijay Stambh, built by Maharana Kumbha commemorates his triumph of having defeated the rulers of Malwa and Gujarat. When the red sandstone and the white marble on the tower catch flashes of sunlight, you will be mesmerized by the sight of the architectural wonder coming alive. From the top of the nine-storeyed tower, you can watch the entire town laid out in all its glory.

Tower Of Fame (Kirti Stambh): A significant visiting spot for Jains, Kirti Stambh was built by a Jain merchant in honour of Adinath Ji– the first Tirthankara. The naked figures of Digambars adorn the walls of the monument which is truly an architectural masterpiece. Climbing the seven-storeyed structure can be a rewarding experience, for it offers spectacular views from the top.

Gaumukh Reservoir: In the Hindu religion, the Gaumukh reservoir is a sacred site of pilgrimage, which is fed by a natural spring. The water emerges from a rock formation that resembles the mouth of a cow, or Gaumukh, the base of which is decorated by the icon of Goddess Lakshmi and Shiva-linga. 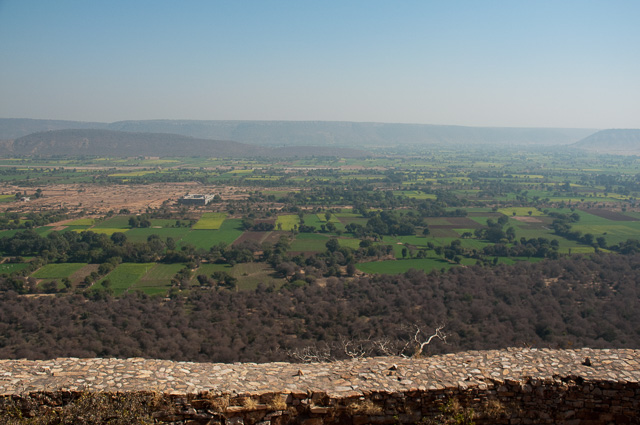 Rana Kumbha Palace: This massive monument is believed to have been the site where Rani Padmini and others committed Jauhar.

Padmini Palace: It was in the lotus pool adjoining the palace that Ala-Ud-din Khilji caught the reflection of Queen Padmini and thereafter decided to abduct her.

Fateh Prakash Palace: Built by Maharana Fateh Singh, presently, the palace functions as a museum, featuring an assortment of statues, woodcrafts, and handicrafts. 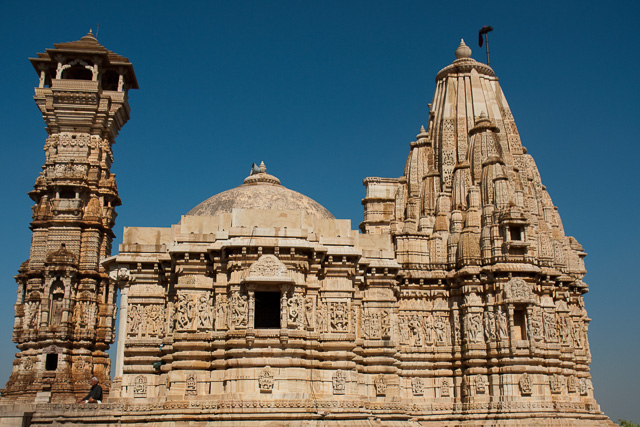 Meera Temple: The temple stands as a symbol of true love and devotion Meerabhai had for Lord Krishna.

Kalika Mata Temple: Initially, the temple was built to worship the sun god, but later, it was dedicated to Goddess Kali.

Jain Temples: Out of the six Jain temples in Chittor, the largest is the Bhagawan Adinatha.

Tulja Bhawani Temple: This is an architectural Hindu temple dedicated to Goddess Durga.

Kumbha Shyam Temple: The temple has a strong connection with the zealous devotee of Lord Krishna, and the wife of Prince Bhojraj, Meerabhai.