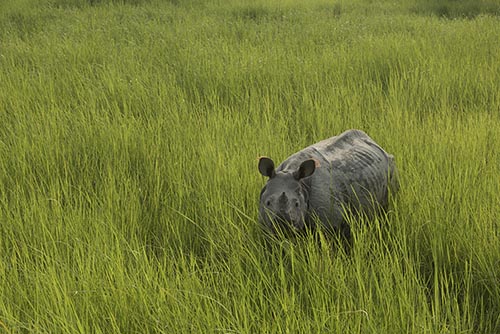 Located on the borders of India and Nepal, The Dudhwa National Park stretches from the Valmiki Tiger Reserve in Bihar in the east to the Yamuna in the west. Being a part of the Dudhwa Tiger Reserve, the National Park stretches across the Lakhimpur Kheri and Bahraich districts, and comprises the tiger reserve, Kishanpur Wildlife Sanctuary, and the Katarniaghat Wildlife Sanctuary. Since the Dudhwa National Park spreads across five states that go from the plains of the Ganges to the Shivaliks, the national park covers an area of 1285 km approximately. Being the only tiger reserve that houses the northern swamp deer in a good number, the national park is also home to a large population of tigers in India. Having a stunning landscape, the national park is divided into two ecological zones, namely Bhabar and Terai. The Bhabar has a hilly terrain full of boulders and lush woods of sal trees, whereas, the Terai is rich in clay swamps and grasslands, and it is also considered as an essential ecological region because of the presence of mammals. A safari in Dudhwa National Park is the best way to explore the wilderness of this stunning region!

How to reach: 5 hours from Lucknow airport

Having Mohana river in the north and the Suheli in the south, the national park is famous for having the globe's highest density of endangered birds and animals. When clubbed with the Kishanpur Wildlife Sanctuary, the tourists can spot the hog deer, tiger, fishing cat, alligator, Asiatic elephant, and different species of migratory birds. However, the Katarniaghat Sanctuary is for its unparalleled terrain for spotting gharials, Gangetic dolphins, long-billed vultures, otters, and many more species of animals.

At one time, the entire Rhino population was washed out from the national park, and therefore, the rhinoceros was reintroduced to Dudhwa in 1984. The then chief conservator of Forest in Up, RN Bhadoria went misty-eyed after recalling the excitement of bringing the special cargo back home. 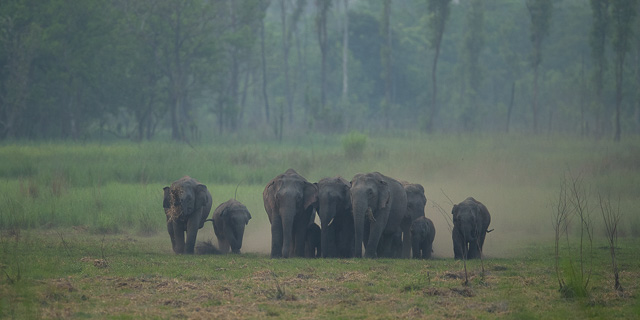 The Dudhwa National Park is blessed with remarkable biodiversity because the core competence of this national park lies in the combination of a massive platter of grassland, wetland, and woodland! The Himalayan foothills and the hot plains are the main reason for the flourishing ecosystem of the Terai Region.

About fifty percent of Terai's moist terrain is covered with Sal trees that grow to reach a startling height. The other varieties of trees found in the region include Teak, Jamun, Khair, Kachnar, Neem, Peepal, Bargad, and Semal. The trees provide food and accommodation to the winged residents, and it is because of these that the region is blessed with various unique varieties of visitors.

Famous for attracting a lot of migratory birds, large populations of migratory birds visit theDudhwa National Park because of the diverse flora and habitat of the region. Some of the migratory birds include Hornbills, red-headed martins, lager falcons, swamp partridges, etc. Swamp partridges are famous for raising families in the green cover of this region as it provides abundant food and security to the birds. Tourists might get an opportunity to spot Bengal floricans, Sarus cranes and Coon teals, and other birds around the silver lakes in the breezy grasslands of this region. 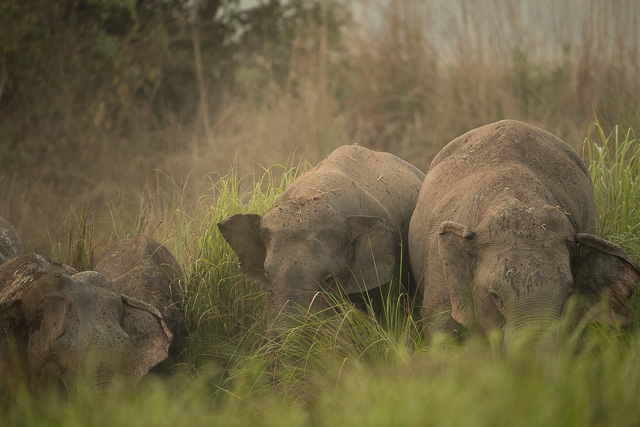 Jeep Safari Dudhwa National Park: There is nothing more thrilling than driving through the just-harvested sugarcane and bright yellow mustard fields at the Dudhwa National Park. This forest is densely covered with trees like teak and Sal. The Jeep Safari will also take you along the meadows and streams inside the forest that make it a rich ecosystem and supports large varieties of migratory birds. Since the forest is home to the Royal Bengal tiger, you might get to spot one or more of these tigers, if you are lucky!

Elephant Safari at Dudhwa National Park: Home to the hunter turned conservationist Billy Arjan Singh, the national park houses more than 38 species of mammals and 500 species of birds. One of the best ways to explore the wilderness is by taking an elephant safari inside the park. Starting from the main gate, the safari takes you through the forests full of sal trees, thick undergrowth, and tall grass, where you get to spot the Indian one-horned rhino and the four-horned antelope.

Boat Safari in Katarniaghat: The Dudhwa Forest reserve sprawls over 154 square meters and borders the Geruwa river, which is a tributary of Karnali, the longest river in Nepal. The river acts as a habitat for gharials, and the tourists get to experience the beauty of the lake through a boat safari. The local guides help the tourists to spot various stunning amphibians that relax on sand bars with their unique snout and a bump on their heads in the middle of the river. 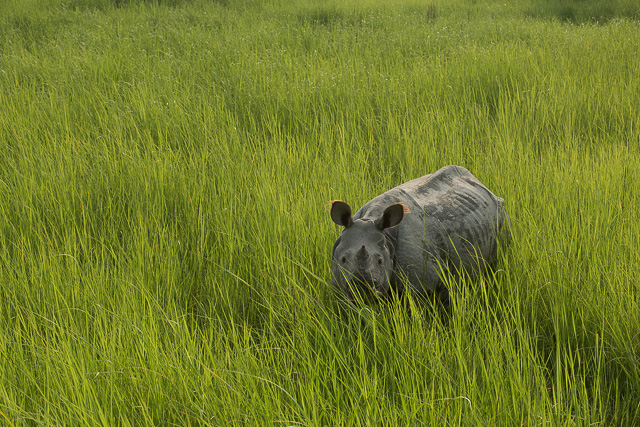 Interact with Local Tharu tribals: The Tharus are the local tribes of the region, and they live in around 40 villages located in and around the forests. They are known to have migrated from Rajasthan after the Mughals invaded the state, as the women had to run away with their servants, whom they finally ended up marrying. The Tharu tribe is well-connected with nature as the people work in the sugarcane fields, build eco-friendly houses from straw, mud manure, with large containers made up of mud for storing grains.