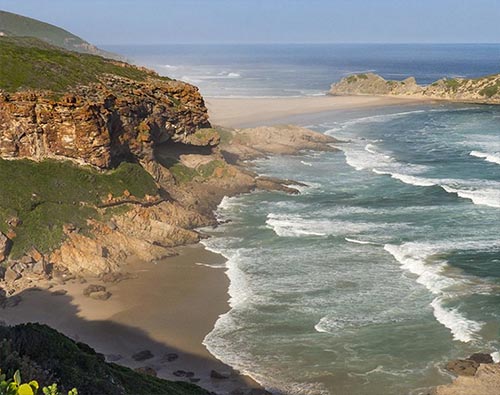 The Garden Route National Park is located along the South Coast of South Africa. Expanding over 1210 km2 of land, it is famous for its majestic sceneries and variety of landscapes. It is a coastal reserve boasting of indigenous forests and a dramatic coastline. The Garden Route was established by SANParks (South African National Parks) and is one of the most important conservation areas of the country in terms of biodiversity. It is believed to follow the concept of “conservation without boundaries” and is a new conservation model for the country. It is a premier tourist destination and boasts a plethora of varied flora and fauna. The Garden Route attracts tourists and nature-enthusiasts from all across the globe.

The Garden Route is located between the Outeniqua and Tsitsikamma Mountains and falls within the Cape Floristic Region. The South African garden route is the perfect blend of ancient forests, wetlands, rivers, lakes, pristine beaches, fynbos, and mountains. The South Africa Knysna lake area, Tsitsikamma National Park, Karoo National Park, and Wilderness National Park are important components of the Garden Route National Park. Its three main sections are Wilderness, Knysna, and Tsitsikamma. With a pleasant temperate climate, the garden route receives tourists throughout the year. There are numerous activities available here such as hiking and nature walks, otter trail, water activities, birding, forest excursions, mountain biking, and many more. Tourists are spoilt for choice when it comes to restaurants and attractions.

Best time to visit:All through the year.

The Garden Route National Park area is extremely rich in natural beauty and biodiversity and so, human beings have been occupying this area for a very long time. It is home to several historical sites such as Nelson Bay, Kangkara, Storms River, and Matjies River. 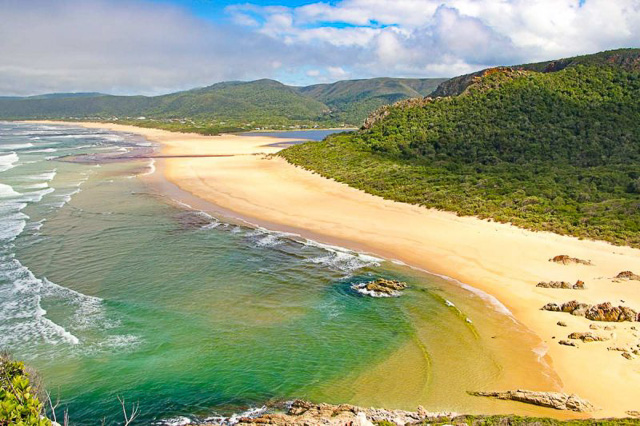 The Garden Route National Park is home to around 85 species of mammals. The Knysna Elephant Park was once estimated to house 400-600 elephants. However, the number has come down to around 10 in recent years.

Different varieties of Bushbuck, Blue Duikers, Common Eland, and Common Duiker can be seen in the thickets along the coasts. The Savanna Baboons and Vervet monkeys in the region prove to be a menace at times. Tourists can spend time with around 15 species of whales and dolphins found in the Indian Ocean.

More than 371 species of birds are found here including 15 species of duck and goose, African (black) Oystercatcher, and the like. Langvlei and Rondevlei lakes in the Wilderness region are considered best for birdwatching. 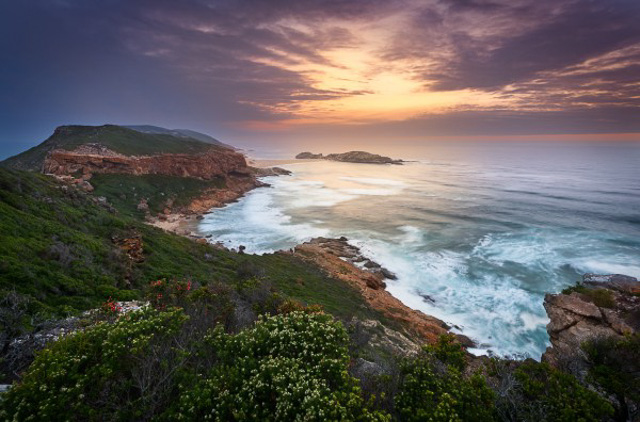 Bird of Eden: The Eden Bird Sanctuary is the world’s largest single-span aviary with over 2000 previously caged birds. There are some 100 species of South African birds here including some endangered species. It is a unique dome structure that emulates thunderstorms, complete with thunder-claps and short cloudbursts.

Monkeyland: Located in Plettenberg Bay, Monkeyland is the world’s first free-roaming multi-specie primate sanctuary. It is established in pristine natural high canopy area which is suitable for the primates who live here. Enjoy a guided tour of the awesome monkey kingdom. Lunch in the lively forest of Monkeyland is a major attraction for tourists.

Storms River Mouth- Otter Trail: The Otter Trail is one of South Africa’s most popular hiking trails. Regarded as one of the most beautiful trails in the world, the exquisite trail is just less than 45km long. It takes 5 days to complete, stretching from Storms River Mouth in the Eastern Cape to Nature's Valley in the Tsitsikamma National Park of the Western Cape.

Bungee Jump at Bloukrans: The Bloukrans Bridge is the highest commercially operated Bungy Jump from a bridge in the world. Enjoy the thrills of free falling from 216 meters above the Bloukrans River. The Bloukrans uses pendulum bungee technology and holds a Guinness World Record for the Highest Commercial Bungee Jump.

Hike in Robberg Nature Reserve: The Robberg Peninsula is a nature reserve that boasts of stunning natural beauty and a rocky shoreline. It is home to Cape Fur Seals, whales, dolphins, and a collection of ocean seabirds. The rare blue duiker, the world’s smallest antelope is also found in this region.

Cango Caves and Ostrich Farm: The Cango Caves are a series of dripstone caverns that open into vast halls of stalagmite formations that were formed over millions of years. The main sections of the caves are available for subterranean walks. Witness over 25000 ostriches at Berluda farm. The guided tours provide valuable insights into the behaviour and physiology of the ostriches. 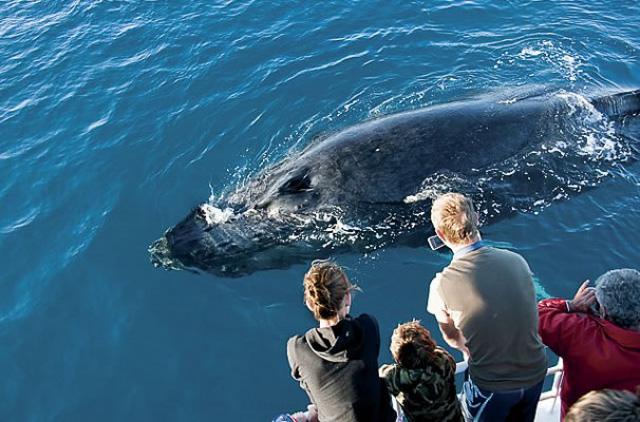 Wine Tasting: The Garden Route Wine estate produces some fantastic wines. The weather is suitable for cultivating a range of red, white, and rose wines. The tourists can enjoy popular wines without having to travel out of way, with picturesque sceneries as the backdrop