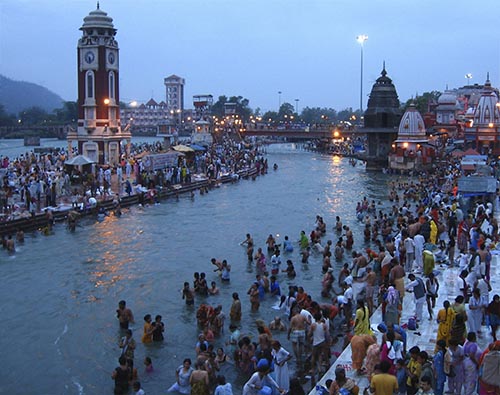 Haridwar, the "Gateway to God," is amongst the holiest cities in India, known to provide deliverance from the perpetual cycle of rebirth and death. The Ganga arati, is a sight to watch, as the priests light lamps, and the tourists offer prayers. A visit to Haridwar will show you India's love for religion!

According to Hindu Mythology, King Bhagiratha took the help of Lord Shiva to bring Ganga River to earth so that he could send his ancestors to heaven. Lord Shiva released Ganga in Haridwar from his hair. Lord Vishnu left his footprints at Har Ki Pauri, which is a major attraction of Haridwar today.

How to reach:by air / train / road

For Hindus, Ganga is not an ordinary river, but it is the divine mother giving life in the form of water. The Ganga aarti is a major attraction that happens early in the morning and in the evening. The aarti is, however, a delight to watch in the evenings as the priests light up fire bowls and three-tier diyas in their hands while chanting the sacred mantras. The ringing bells of the temple create an auspicious and divine environment during the aarti. The tourists also get to light diyas and then float them on the waters of Ganga to create a pristine effect!

The tourists stopover at Haridwar before travelling from Haridwar to KedarnathorHaridwar to Badrinath. The temples and old Havelis carry the rich brilliance of Hindu architecture. Haridwar is amongst the greatest centers of classical art form and music. Festivals, fairs, and yoga form an integral form of Haridwar's culture. 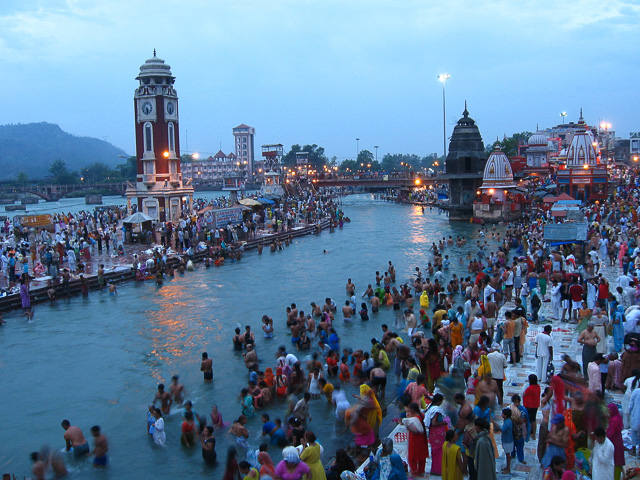 Mansa Devi Temple:Known as the "Bilwa Tirth," The Mansa Devi Temple is one of the five pilgrimages located in Haridwar. This popular tourist attraction is devoted to Mansa Devi, the Hindu Goddess of Snake. The temple contains two fixtures of Mansa Devi- one with eight arms and the other with five arms and three faces. Being located on the top of the Biswas Parvat, a mountain on the Shivalik Hills and part of Himalaya's southernmost range, it takes tourists to trek for 3 km to get to the temple. The tourists who have difficulty walking can also avail Mansa Devi Udankhatola, the cable car service to reach the temple. 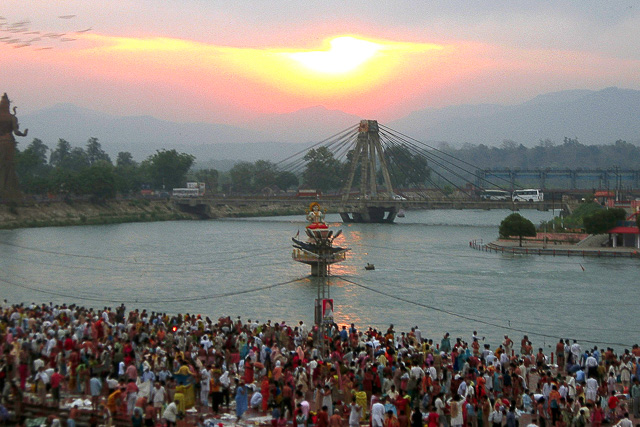 Har Ki Pauri: Being one of the top tourist attractions in Haridwar, the Har Ki Pauri means "Footsteps of God." It is the sacred ghat where river Ganga touches the plains after flowing through the Himalayan ranges. Millions of visitors flock to this divine ghat at dawn to take a spiritual dip in the river during the Ganga Arati. The scene of the ghat getting lightened by the glittering beams of the three-tiered lamps of fire in the priests' hands is a mesmerizing scene to watch. The devotees also get to float thousands of diyas on the waters of River Ganga, making it look even more graceful. Lord Vishnu's footprint imprinted on a wall is one of the prime attractions for tourists during the day time. 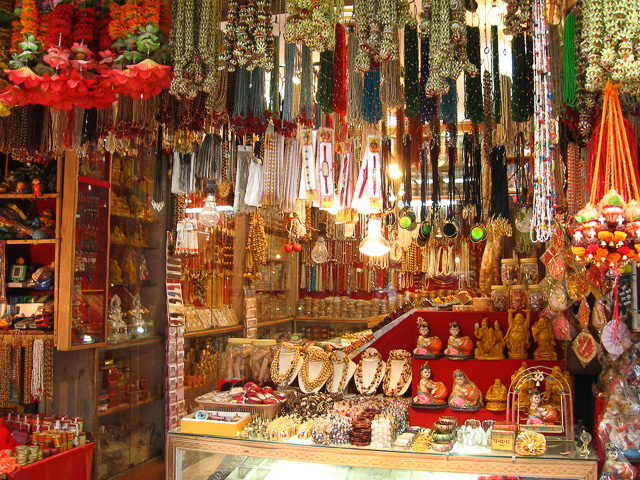 Rajaji National Park:Known for its rich biodiversity and stunning scenic beauty, Rajaji National Park is a paradise for wildlife enthusiasts and nature lovers. Created by the amalgamation of Uttarakhand's three sanctuaries namely, Chila, Rajaji, and Motichur, it is home to tigers, elephants, leopards, ghorals, deers and many other animals. Spread over an area of over 820.42 sq km, Rajaji National Park represents the vegetation of various distinct zones and forest types like riverine forests, sal forests, broad-leaved mixed forests, grassy, and scrubland. Having over 315 bird species and 23 mammal species, the national park is full of nature’s bounties! 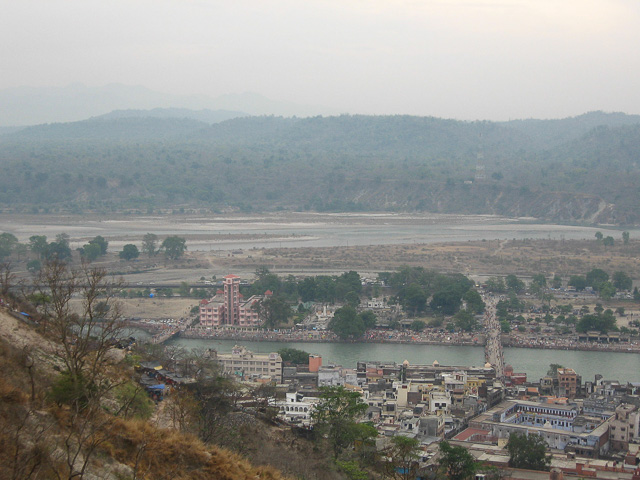 Being a well-known pilgrimage place for worshipping the holy River Ganga, Haridwar is a beautiful city in Uttarakhand that you should visit. The river Ganga travels from the foothills of the Himalayas and covers Rishikesh and Haridwar on its way to other cities before mixing into the delta basin. It attracts people from different places in the world to take the sacred bath in the River Ganga. As it hosts tourists from different parts of the world, tourists can find diverse types of hotels in Haridwar as per their preferences. Some of the best hotels are:-

Amatra By The Ganges:It offers comfortable guest rooms and an infinity pool with a steam room. It also features a spa that offers a variety of spa and massage treatments.

Haveli Hari Ganga:Built in a heritage building, it offers boutique accommodation with private balconies to all its guests. Other specialities include a rooftop café with scenic views, a spa, private bathing ghat, and meditation rooms. 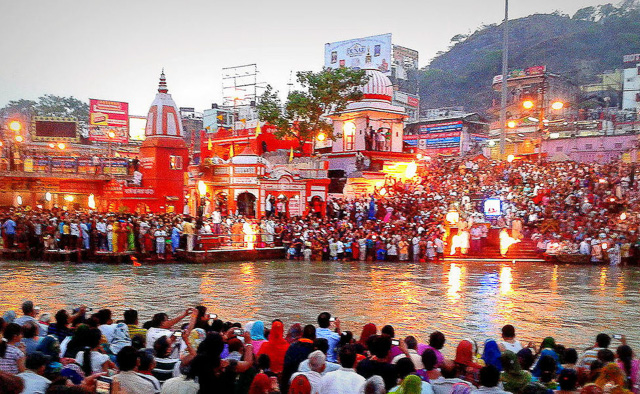 Ganga Lahri:The non-smoking rooms of this hotel feature classic Indian fabrics and furnishings. Every room has a TV, tea/coffee making facilities, and a private bathroom with shower facilities.

Radisson Blu Haridwar:Being a 5-star hotel, it has modern rooms with free Wi-Fi and a Tv with flat-screen. It gives tourists five dining options and 24-hour room service.

Ambrosia Sarovar Portico: It offers air-conditioned guest rooms with a minibar, tea/coffee making facilities and a TV with flat-screen and satellite channels. The bathroom of the room comes with a shower and complimentary toiletries.