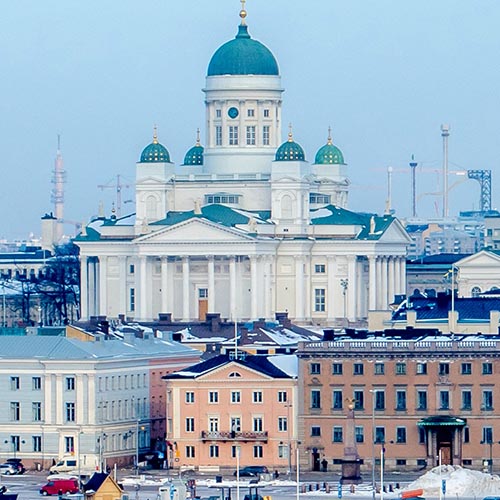 The Gateway of Laplands, Helsinki, is known for its magnificent architecture with its groundbreaking and streamlined design. The Helsinki travel experience helps you experience the most electrifying designs in today's world with its boutiques, workshops, and galleries filled with innovative homewares, textiles, lighting, and glassware. Architecture has flourished in the city over the decades, styles like neo-Renaissance Byzantine-Russian, and neoclassical is woven into the city's fabric. Witness the culture-packed urban center on your Helsinki vacation. Travel from Helsinki to Rovaniemi to spot the Northern Lights which is not visible from the city.

How to reach: Helsinki airport is well connected internationally

Famous for: Bustling capital of Finland,

an open-air museum in Seurasaari Island 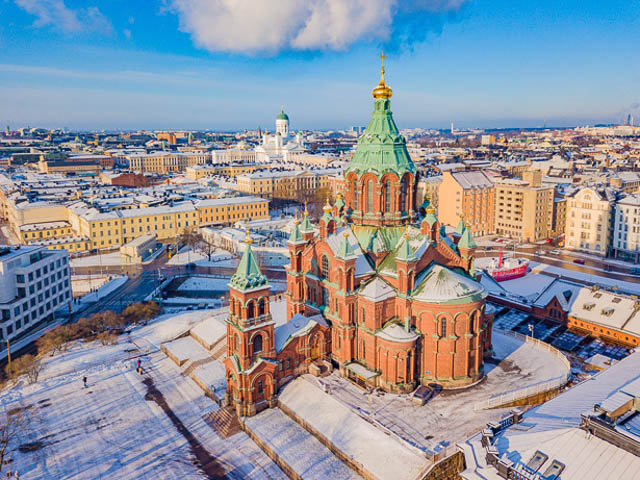 Places to explore in Helsinki:

While in Helsinki, travel from Kauppatori via a ferry and reach the greatest man-made places in Scandinavia. Suomenlinna was put up by the Swedes to defend their eastern territories around the mid-1800s. Whereas, Helsinki was run by the Russians from the 19th century. Since then, there have been no significant changes in Suomenlinna since that time amid the star-shaped walls and gun positions. Suomenlinna is home to 1000 people and a giant maritime spread across seven islands.

The cathedral was built in the mid-19th century and was formerly called the St. Nicholas’ Cathedral in honor of the Grand duke of Finland, Russian Tsar Nicholas I.

Helsinki Cathedral got its name after the Finnish Independence in 1917. Witness the city's landscape from tall green domes of the Cathedral. The Cathedral can be seen from the waters as it shines bright at night. Do visit this place on your Helsinki vacation. 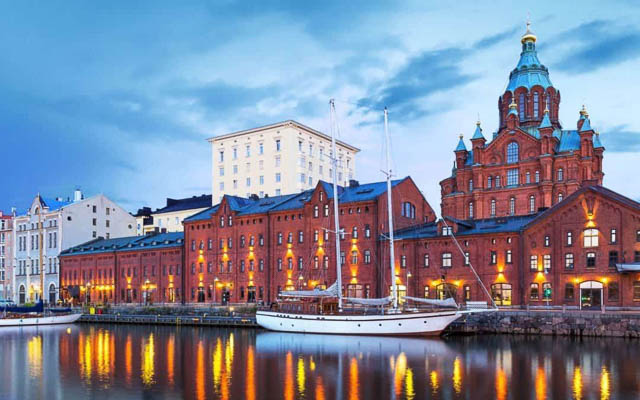 Also known as Espa, this place is visited by many tourists and Helsinki locals to plan a picnic and enjoy their free time during the summers.

Exciting shows are known to occur at the Espa stage featuring live music performances, and lots more exciting stuff. Visit the city in June to witness the Jazz-Espa Festival and the Marimekko Fashion Show.

Temppeliaukio Church was inaugurated and designed post-war by the Suomalainen Brothers in 1969. The building is partly underground and finely designed from the furniture to the decorations by the expert architects. There are few churches like this around the world. Sunlight floods into the church through the central dome made of copper.

Travelling a few kilometers north of the city center you will find the Seurasaari island which exhibits an open-air museum with a collection of the finest Finnish buildings from around the country.

You will find manor houses, cottages, and old workshops all connected by trails leading towards the woodland or the next coast.

The largest orthodox church in western Europe is the Uspenski Cathedral. This church illustrates Russia's engagement with Finland. You can find beautiful paintings depicting the Virgin Mary and saints. The golden cupolas and red brick towers depict the cathedral's origin. 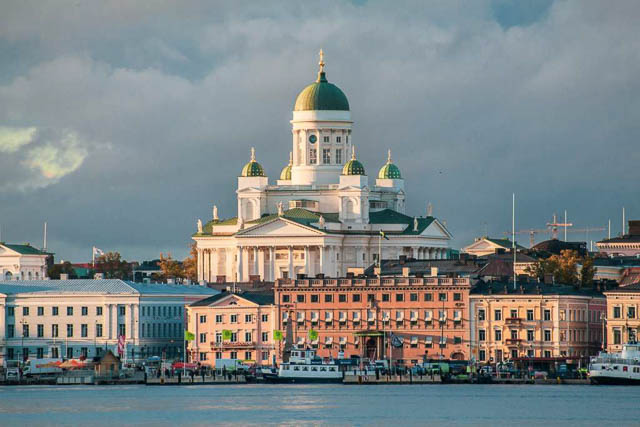 The Old Market is open all around the week and has been situated near the water in Etelaranta since 1889. Do check out the byzantine revival building and shop the freshly produced Finnish cakes, cheeses, meat, fish, fruits, and vegetables.

You can catch the Vintage Tram Ride on the summer weekends at the Market Square on the Havis Amanda fountain. The ride gives the visitors a tour of Helsinki's top sights providing customers with a leaflet in multiple languages so they can understand what they are looking at.

Another great way to gain the maximum Helsinki travel experience is when you travel along the waterfront on the seven-kilometer trail on the front. Heading towards the east you will reach the eastern side of the Helsinki peninsula to the best sandy beach in Helsinki, the Hietaniemi Beach.

Later, you will pass by the Sibelius Monument. Enjoy a nice scoop of ice cream served at the waterfront.

Helsinki embraces cutting-edge architecture dating back to the post-war designs. The Rock Cathedral is the best example that symbolizes the architecture. Across a few blocks, you will find 200 design-oriented shops, buildings, galleries, and attractions. 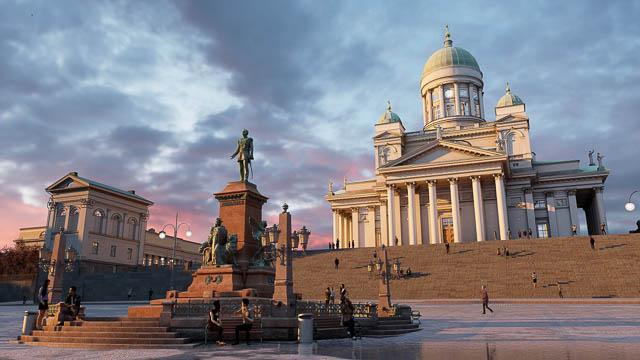 Do visit the National Museum of Finland to discover the capital's past. One section that attracts most tourists is the treasure troves section where there are nine rooms and you can goggle through jewelry, armor, silver medals, and coins. Further strolling through the museum you will find how society has developed and become a part of the Swedish and Russian Empire.

Visitors can spot wildlife animals such as the reindeer, elk, bear and snow grouse over the city. The ingredients used in Finnish cuisines are sustainably farmed, locally sourced, and seasonal. Specialities such as tar, herbs, and berries are famous in the city. You can find Finnish flavors throughout Helsinki. Historic kauppahalli, International cuisines, venerable restaurants, and creative bistros are visited by tourists all around the year. 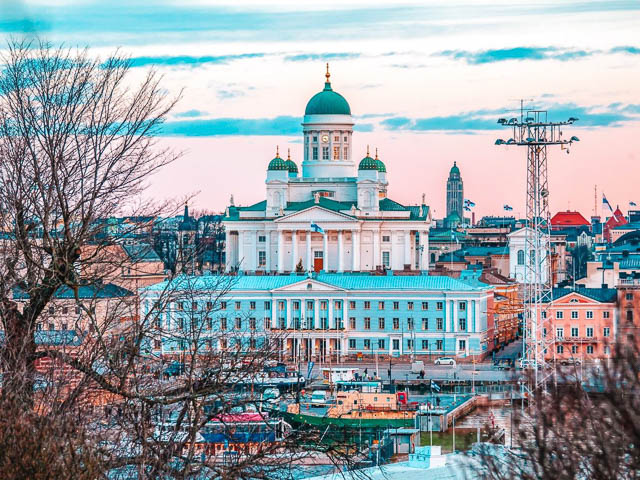