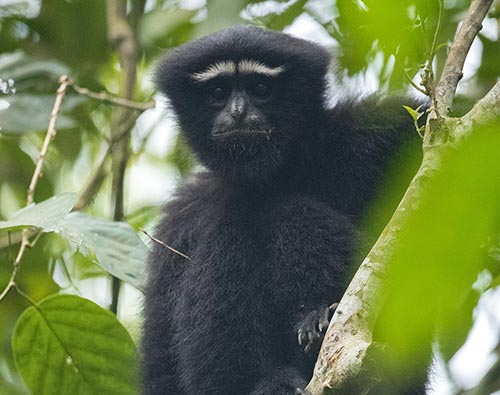 The North-eastern states of India are where a major chunk of their population thrives, however around a hundred of these apes are protected and preserved at the Sanctuary. A jungle gymnast, owing to its long arms, this tailless primate can be found swinging from one tree to another, in the expanses of the evergreen forest. If you wish to catch the gymnast at its most natural state, Hoollongapar Gibbon Sanctuary is the right place to be. There are seven species of primates, one of them being the precious Hoolock Gibbons. Not only will a visitor get a chance to observe the Gibbons lazing around and frolicking, but also all the other species.

How to reach: 3.5 hours from Dibrugarh airport

It's easy to differentiate between the male and female Hoolock Gibbons. While the males are coal black with a stark white brow, the females are a beautiful copper-tan. They are of the same size approximately, so the obvious distinction is the color. The jungle calls can be heard well if one listens attentively. 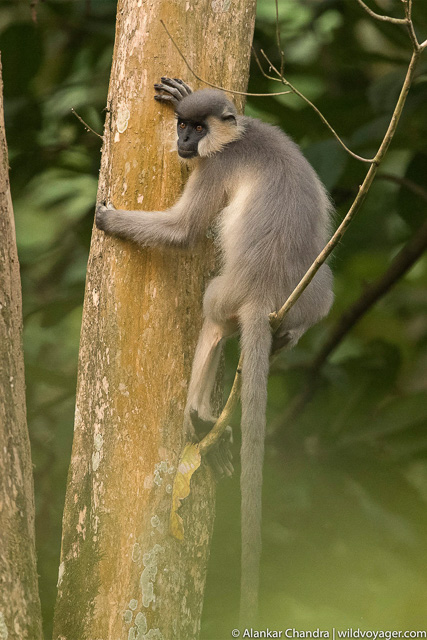 To see the nocturnal Bengal Slow Loris, you'll need special permission as the Sanctuary closes at six in the evening. Apart from the Bengal Slow Loris, all the other primates can be spotted while taking a long walk in the Sanctuary. There'll be a guide to help you and answer your queries every step of the way. If you're not able to spot the primates, the guide can navigate you to the deeper parts of the forest for better visibility. 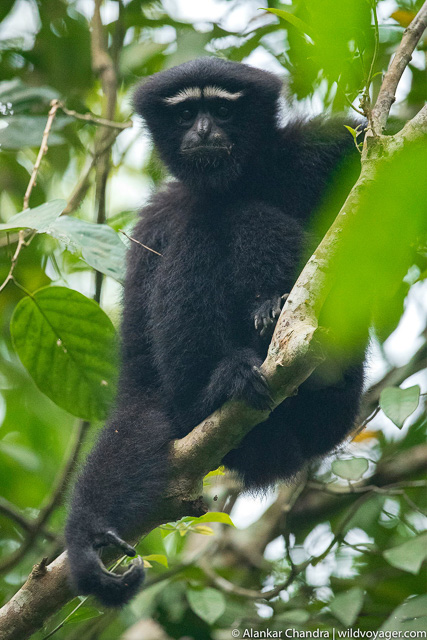 It isn't just the primates that will make you gasp in awe, you'll also spot some exquisite butterflies along the railway track, such as the Common Nawab, Common Tit, Dark Archduke, Himalayan Rusty Sailer, Water Snow Flat, Fluffy Tit, Himalayan Black Vein Sergeant and Blue Baron. Since you'll be exploring near the railway tracks, it's best to follow the footsteps of the guide. You might even get a glance at the Malayan Giant Squirrel, Blue Whistling Thrush, and Abbott's Babbler. Make sure to not miss the gigantic earthworm mounds. 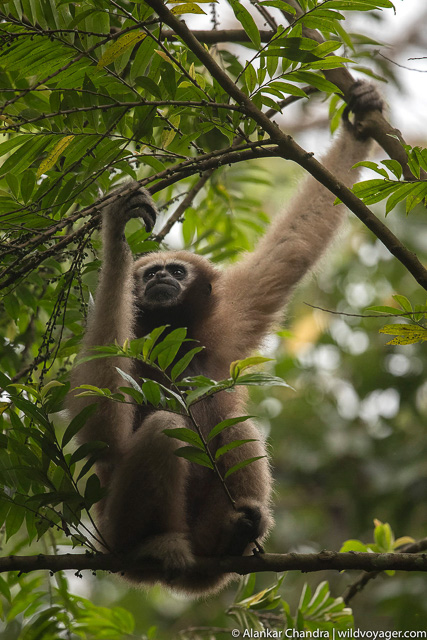 Since Gibbons are the primary attraction for wildlife enthusiasts and tourists alike, it's best to visit the Sanctuary early in the morning as Gibbons is most energetic during that time of the day. The Sanctuary will be open till dusk and you can take your sweet time observing the primates, butterflies, etc. 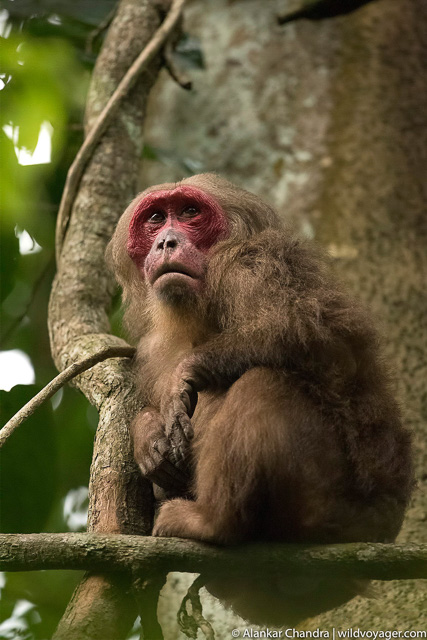 Going sometime before ten in the morning would be the best, because after that Gibbons start to slow down and get lazier. You can also visit this Sanctuary from Kaziranga National park; it could be a half-day endeavor.