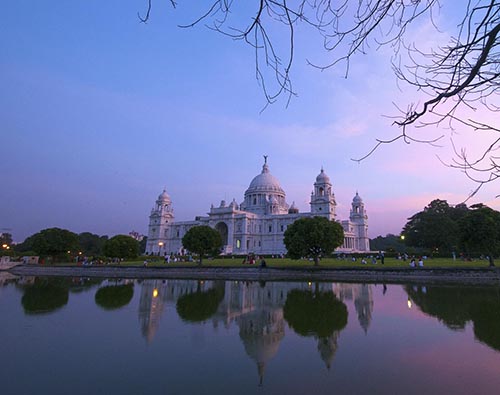 We all have heard about the famous book by the French writer Dominique Lapierre - City of Joy. He uses this title to describe Kolkata. There has always been a distinctive vibe in this City of Palaces, Kolkata. It is the same city that Britishers chose to function as the capital of India. And it is the same city that participated in the freedom struggle fearlessly. Kolkata has teeming art, culture, history, food, adventure, and anything you name.

Kolkata was known by the name Calcutta until 2001 when its name was officially changed. Before the Britishers chose it to become the capital of India in 1772, Kolkata was said to be prone to plagues. The Victoria Memorial Kolkata is the standing witness of the British Raj. The city of palaces, however, ahead of being occupied by the Britishers, has a long history of eminent rulers.

One does not need to second guess the richness of Kolkata culture. The people here preserve and ensure Indian culture and human progression. The languages common here are Bengali, Hindi, and English. The celebration of Durga Puja here is grand, beautiful, and like no other place in India. The essence of the city lies in dance, music, literature, and food.

Victoria Memorial: TheVictoria Memorial Kolkata is a splendid marble building. It was built somewhere between 1906 and 1921 and is a dedication to the memories of Queen Victoria. The tourists can visit it because it functions as a museum now. The Memorial resembles the Taj Mahal in its structure and because of the marbles used in making them are the same. Also, both the buildings are betokening of someone's memories. 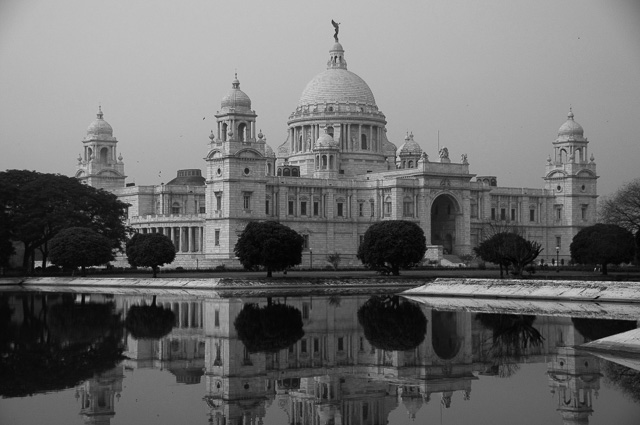 St. Paul’s Cathedral: This Cathedral is Asia’s first Episcopal Church. The Gothic design of its building makes it a popular choice for visitors. It furthermore has a library and a showcase of Plastic works of art.

Writer’s Building: The Writer's Building was the first three-storied building of Kolkata. The building was an office to the writers of the British company, and so it is called the Writer's building. It has beautiful architecture, and it is now the Secretariat building.

Jorasanko Thakur Bari: Who doesn't know the first non-European Nobel laureate Rabindra Nath Tagore? The Jorasanko Thakur Bari is his birthplace and the place where he spent most of his childhood. This very fact makes this place irresistible for any literature geek. Since it is the ancestral home of the Tagore family, it has a sylvan vibe to it. You will find it on the campus of Rabindra Bharati University. 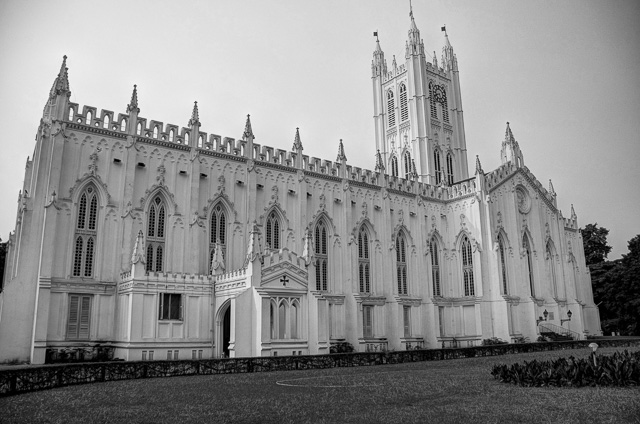 Marble Palace: The Marble Palace is a building of the nineteenth century. The name of the palace itself describes it. Apart from the splendid look of marbles, it has beautiful sculptures.

Indian Museum: It is among the top 10 oldest museums in the world. It comprises 6 divisions with 35 galleries. The galleries showcase various historical and cultural artifacts. It is a popular destination for school trips and those fascinated by history.

Vidyasagar Setu: The bridge gets its name from Pandit Ishwar Chandra Vidyasagar. It connects Kolkata to Howrah and is the longest cable-stayed bridge of India. People locally refer to it as the second Howrah Bridge. 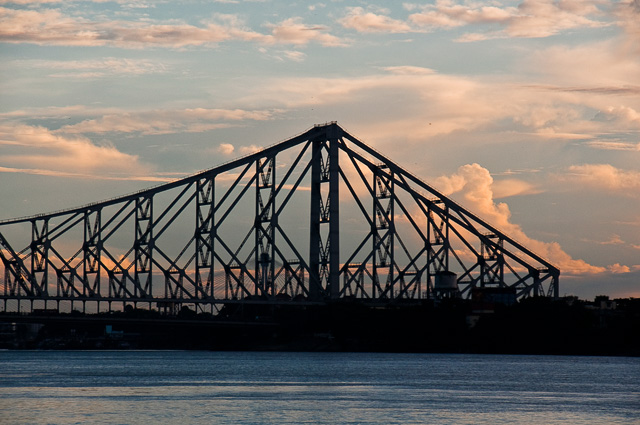 Howrah Bridge: In 1965, it was named Rabindra Setu after the poet Rabindra Nath Tagore. However, the bridge still goes by the name Howrah Bridge. Going by the type, it is the world's 6th longest bridge and the busiest as well.Over time, Howrah Bridge has become the landmark of Kolkata.

Dalhousie Square: Back in colonial times, Dalhousie Square was the center of business for Kolkata. Binoy, Badal, Dinesh were the dynamic heroes of Bengal's freedom struggle. The new name of the Square, Binoy Badal Dinesh Bagh, is after them. It is specked with different structures of the colonial period. Their architecture makes them unique and is the reason behind their popularity.

Dakshineswar Kali Temple: It is one of the primary places to visit near Kolkata. Late Rani Rashmoni, a devotee of Kali, built this temple in 1855. The deity of this temple is Bhavaratarini. The Hindu legend believes she is an aspect of Kali, Bhavaratarini means the one who blesses with solace. It also has 12 Shiva's shrines because he was Kali's companion. You will find the temple on the eastern bank of the Hooghly River. 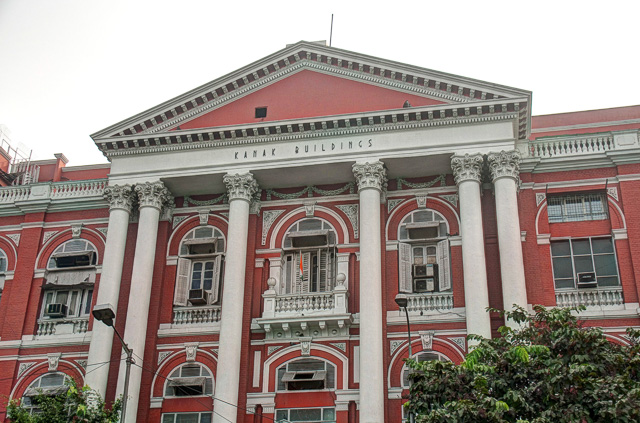 Nearby Places to see

BelurMath: Swami Vivekananda, the primary student of Ramakrishna Paramahamsa, built Belur Math. It is now the headquarter of the Ramakrishna Math and Mission, on the west bank of Hooghly River, Belur, West Bengal. It is noted for the architecture because it combines Christian, Islamic, Hindu, and Buddhist art patterns. This gives a picture of unity between the religions. Among the places to visit near Kolkata, it should be a must.

Shantiniketan: Shantiniketan is the place where Rabindra Nath Tagore composed his famous stories, poems, lyrics, etc. Shantiniketan campus was the dream of Tagore's father that he fulfilled. The footfall at this campus is more compared to the other places to visit near Kolkata. The credit goes to the serene environment here. Like the name 'Shantiniketan,' the home of tranquility, one finds the much-needed escape here. 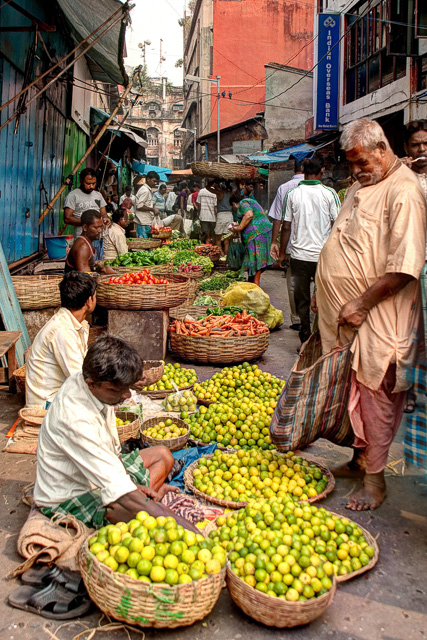 Street Food - A Melting Pot of Various Cuisines: The Street food of Kolkata tastes heavenly and causes no dents in the pockets. Once you start eating, it will be difficult to ignore the temptation of eating more. The flavors of phuchka burst in the mouth the moment you eat them. The Biryani here stands out due to the use of fewer spices. The jhalmuri, Chinese, fishes and so many other items to eat are irresistible. The list runs very long.

Durga Puja: No other place on earth is like Kolkata during the Durga Puja. No wonder the city is famous for this festival throughout the world. The people come out of their houses to hop the pandals decorated with marvelous statues. They offer their prayers to Durga Maa and her various forms. The decor of the city through lights and other things is so beautiful that it looks like a bride. 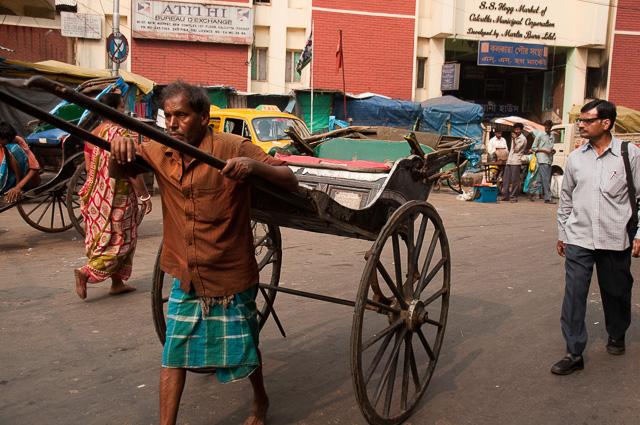 Oberoi Grand: Oberoi Grand is a5-star hotel in Kolkata. The locals call it the Grand Dame of Chowringhee. The hotel feels like a spot of scenic beauty. It has fine dining restaurants that offer both continental and Indian food. When in the Oberoi Kolkata, you can reduce all the stress through its spa treatments.

ITC Royal Bengal: Delightful in all the senses, Taj Bengal Kolkata is a luxury hotel. The hotel has 374 rooms, 6 restaurants, and 15 banquets. Additionally, it has a swimming pool, spa center, and health center. Everything here from the interior to food will enhance your experience in Kolkata. The services ofTaj Bengal Kolkata are impeccable. 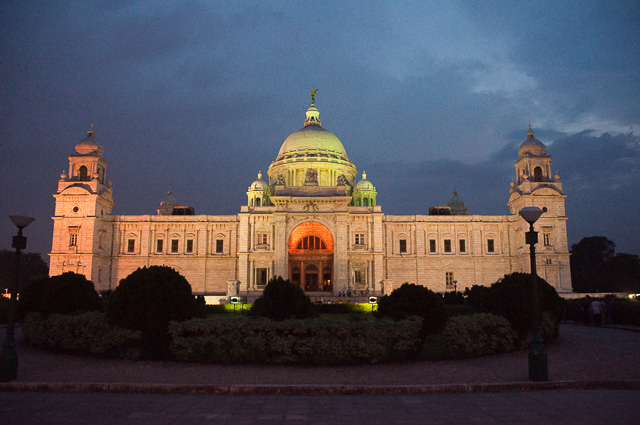 JW Marriot: TheJW Marriott Kolkata is only 16 kilometers away from the airport. It has a pool, spa center, fitness center, and, most importantly, free wifi. This5-star hotel in Kolkata makes a fine choice for staying. Both the food and services here are excellent. Moreover, it has the award, excellence certificate by Tripadvisor.

The Rajbari Bawali: How about staying in one of the heritages while in the city of palaces? Rajbari Bawali is a luxury heritage hotel in Kolkata. Its location is a 1-hour drive away from the cluster of the city, providing the much-needed tranquil. Its restaurant too serves food in royal style, displaying the art of culinary. Other than the cuisines, you get a chance to taste the local delicacies here.