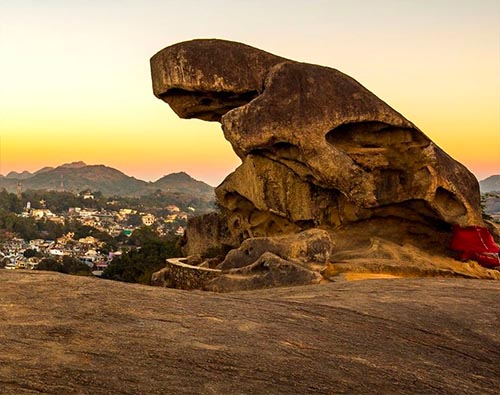 Mount Abu Indiais almost 1200m above the sea level and is surrounded by beautiful Aravalli hills. The place is filled with forests, calm lakes, stupendous waterfalls, and on the whole, offers a peaceful stay. Tourists can find comfortable accommodation in this hill station. Tourists can choose between decent hotels, royal holiday lodges, and luxurious bungalows.

This hill station is apt for tourists who want to take a break from the hustle and bustle of the city. The hill station is not only loved for its beauty but also admired for the rich culture. Many historians and archaeologists from around the globe visit this place to admire the architectural wonders. Mount Abu India also attracts many Jain tourists every year as it is a place of religious importance for them. With its scenic beauty, comfortable accommodation, delectable food, and gorgeous climate, the place never disappoints the visitor.

Mount Abu was known as "the forest of Arbuda" or "Arbudaranya" at an early age. According to Hindu Mythology, this place served as a retreat for Sage Vashistha whenever he had arguments with Sage Vishwamitra. Legend claims that many Gods visited this mountain.

Another story is that a serpent named Arbuda once saved Nandi's (Lord Shiva's mount) life. Hence, the name was kept as Mount Abu. With the help of many inscriptions, it has been found out that Gurjaras had a connection with Mount Abu. It is also said that Mount Abu ( Arbuda mountains) was home to Gurjaras. 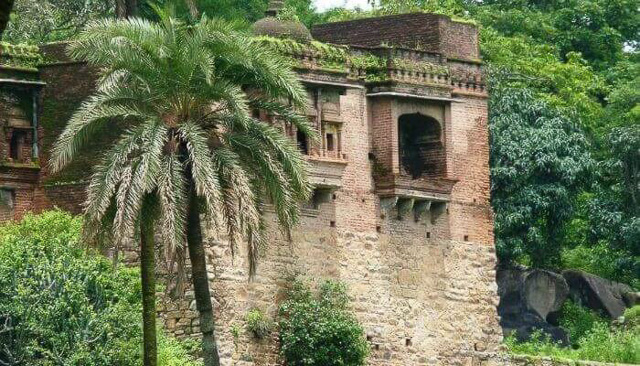 Mount Abu India accommodates homes of local tribes as well as posh bungalows and luxurious hotels. The people are simple and friendly and live in harmony. Locals welcome the tourists with a warmth which makes the place even more beautiful. Hindi and Rajasthani are the two prominent languages spoken in Mount Abu. Tourists can relish some authentic Rajasthani cuisines here. Apart from that, the place also offers different cuisines from other parts of the world and vegetarian food. The locals indulge in many colorful and fun festivals. One of the main festivals hugely enjoyed by the locals is the summer festival in which they display their local art forms. 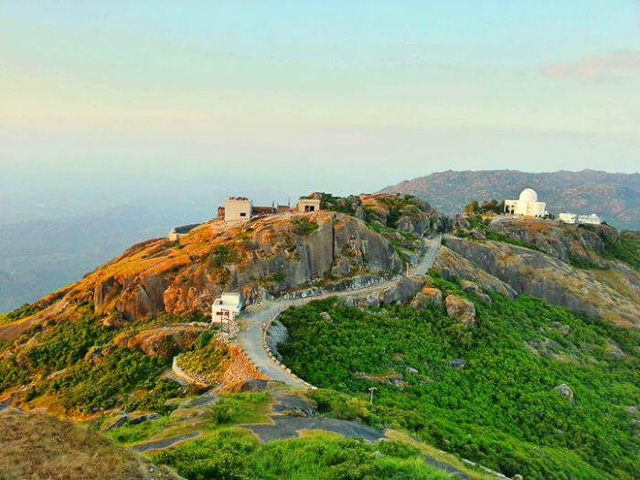 Dilwara Jain temple:Dilwara Jain Temple was developed between the 11th and 13th centuries. This temple is around 2.5km away from Mount Abu India. The temple is marveled for its architectural beauty. Five complex temple structures have been carved out of marble. The interiors, walls, floor, and the exterior, everything is made from marble, and intricate designs decorate the temple. This is one of the best tourist attractions in Mount Abu. 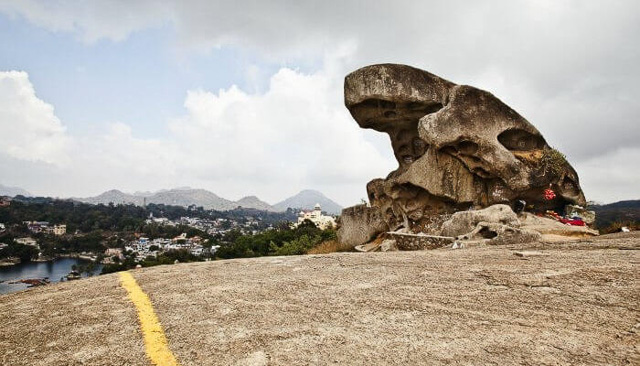 Nakki Lake:Nakki lake is the first manmade lake in India. This lake also comes in the list of the must-visit places in Mount Abu India. The beautiful and calm lake is apt to spend the evening. Tourists can take a boat ride in this lake and witness the mesmerizing sunset. The small hills surrounding the lake enhance the aesthetics of the place. The lake is also popular because the ashes of Mahatma Gandhi were immersed in it.

Mount Abu Sanctuary:The Mount Abu wildlife sanctuary is spread across an area of 288 sq km. The sanctuary is famous for its wide range of flora and fauna. This sanctuary is home to many exotic and rare species like grey jungle fowl, Indian fox, and Pangolin. Tourists visit this place to explore the wildlife and feel close to nature. 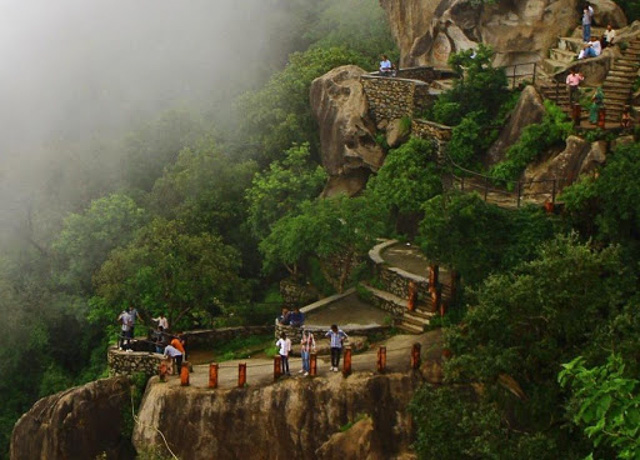 Achleshwar Mahadev temple:This temple is dedicated to Lord Shiva. According to mythology, this temple was constructed around the toe print of Lord Shiva. A naturally formed Shiv-Ling is worshipped in this temple. The temple is popular for its intricate and beautiful architecture. 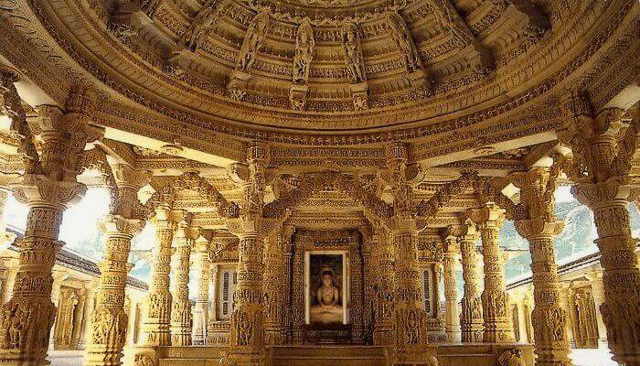 Achalgarh Fort: This fort is one of the most visited places. It is around 26 km to the north of Mount Abu India. The fort was built by the Paramara dynasty but was renovated and renamed as "Achalgarh" by Maharana Kumbha in 1452 C.E.