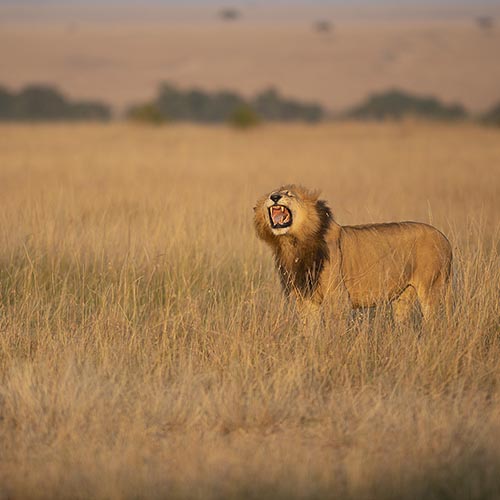 Ndutu plains, located in the northern part of the Ngorongoro conservation area that amalgamates to the Serengeti National Park. It is the annual migratory route of a ton of wildebeest, zebra, and antelope. Ndutu plains also encompass Ndutu lake, Masek lake, and Kusini plains ingrained within the Ngorongoro wildebeest habitat with predators and a variety of bird species. During December to Feb, also known as the wildebeest calving season the Ndutu plains are inhabited by large herds of wildebeest, zebra, and antelope as they give birth to young ones. Then later from March-April onwards these herds start heading northwards into Serengeti to start the annual migration cycle. However all year round, Ndutu is occupied by its resident Lions, Leopards, Cheetahs, Giraffes and Elephants.

How to reach: by road from Kilimanjaro/Arusha or flights

Game Viewing: December to April is the foremost time for the game viewing in Ndutu plains when a wide variety of herbs ruminate and wildebeest calving season starts. Ndutu plains will let you spot upto six species of cats including lion, cheetah, caracal, African wildcat.

Wildebeest Calving: February is the prime wildebeest calving season in Ndutu plains. This is the best migration season as wildebeest give birth to their progeny during this season. The migration starts when the wildebeest calving season ends and the herbs start heading towards the southeastern Serengeti. Wildebeest heads towards the open woodland and then curves to the northern part to reach Mara. And lastly, take a stop to the southward part for shelter. 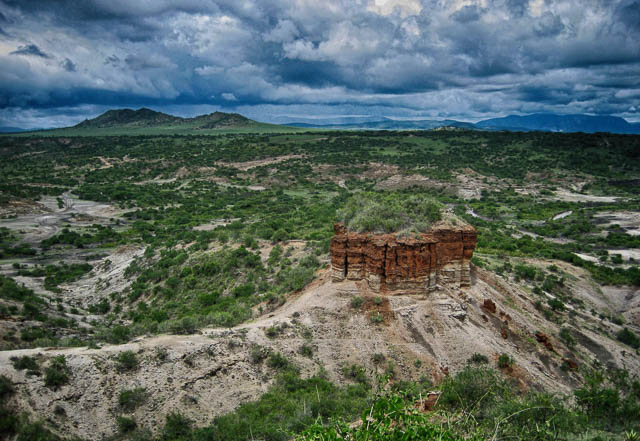 Lake Ndutu: Lake Ndutu is situated inside Serengeti National Park and closes to the Ngorongoro conservation area. The border between the two can be very clearly seen from the southern side of the lake. Lake Ndutu offers the best wildlife viewing opportunity to the visitors during the rainy season when a variety of wildlife can be seen roaming around the plains. Lake Ndutu also acts as a source of water for the animals. It shares the same ravine as Lake Msek which is located in the eastern part of the Ngorongoro conservation area. 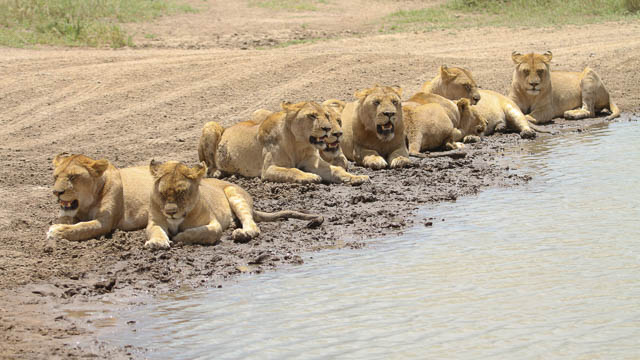 Olduvai Gorge: Olduvai Gorge holds the various signs of ancestors' life. Many fossilized bones of millions of years have been discovered by paleoanthropologists in this area letting people believe that humans used to originate in Africa. Olduvai Gorge is located on the stretch of Ngorongoro crater and Serengeti National Park in the Great Rift Valley. Olduvai Gorge was established thousands of years ago by some volcanic activities in the region. 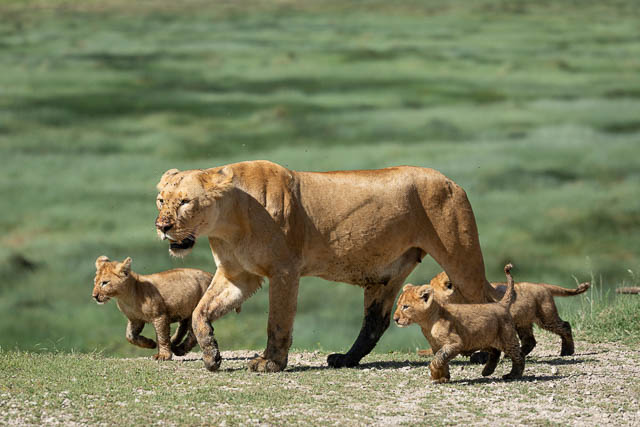 Kusini Plains: Kusini Plains is famous for holding the blend of ecosystems both grasslands and timbered forests. And this amalgam attracts a large variety of wildlife to live in Kusini Plains. Lions, giraffes, buffaloes, and flamboyant birds can be seen in this plain throughout the year. While visiting the Kusini plains you must visit the Kusini crater, an annular-shaped grassland surrounded by an Acacias woodland. Home to a wide variety of wildlife.

Hidden Valley: The Hidden Valley is an unrevealed area situated 20 km from the northern and western side of Ndutu. It comprises a hollow-ground that fills up water during the rainy season and makes a water hole that lures a variety of wildlife. Lion, zebras. wildebeests, cheetahs, honey badgers, jackals are the quotidian visitants of hidden valley.

Matiti Plains: The alluring and pleasing Matiti plains encircle the twin peaks. During Februarywildebeest calving season can be seen here. One can very easily spot the variety of wildlife like cheetahs, hyenas, and lions, grant gazelles, giraffes, leopards, bat-eared foxes, and steenboks during the wildebeest calving season waiting for the right time to seize the newborn. From December to April high concentrations of wildlife can be found in Matiti plains, giving the visitors a chance to capture the most.

There are two best-staying options available around the Ndutu plains one is Ndutu Lodge the oldest longe in an area with comforting accommodations. And the other one is Lemala Ndutu Camp built up on the edge of the swamp acting as a perfect amphitheater for capturing the incalculable wildlife elation.