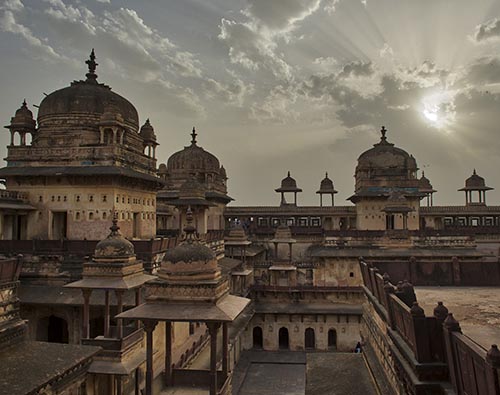 Orchha at first glance seems nothing more than a typical Indian village with lots of agriculture and yet it is one of the most famous spots around Madhya Pradesh. Few reasons behind the popularity of the village are its history and culture. Orchha used to be one of the most urban cities of India for a long time and hence it was a center for the then kings. The beauty of this small town is reflected in the many architectures such as the Orchha temples and royal chhatris which are a blend of Rajput and Mughal architecture.

Situated just 15 km away from Jhansi, the small town is at the banks of Betwa river and gives brilliant and beautiful scenes of nature all around. The Betwa river is also an attraction for adventurous tourists for Betwa river kayaking. The agriculture around here and the sweet aroma of custard apple just adds to the beguiling experience.

How to reach: By Road/train/Air

Famous for: Palaces and temples built in the 16th and 17th centuries

Laxmi Narayan Temple: A pilgrimage site for many devoted Hindus, the Lakshminarayan Temple is a wonderful mixture of a fort and a temple. The walls of the Orchha temple are decorated with marvelous mural paintings that show the compositions from the mythological times.

Rama Raja Temple: With the intriguing history of being the palace of a queen and then turning into one of the most renownedOrchha temples of Lord Rama, the Rama Raja Temple is one of the best attractions in Betwa.

Barua Sagar Fort: The Barua Sagar Fort marks the spot where the war between the Marathas and the Bundelas took place. The Orchha monuments its on a historical lake which gives a very picturesque setting. 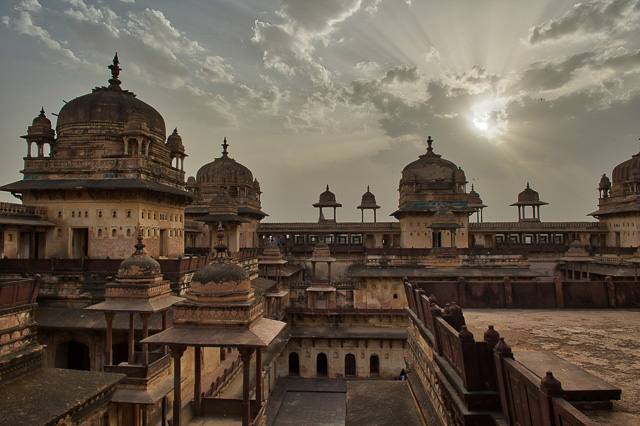 Phool Bagh: Built-in the memory of Prince Dinman Hardaul, Phool Bagh is the most beautiful garden in Orchha and it used to please the Bundela kings and their royal subjects in the older times.

Raja Mahal: Another piece of brilliant Orchha monument by the Bundela Rajputs, the Raja Mahal used to be the official residence of all the erstwhile kings of Orchha.

Chattris: Orchha is widely known as the city of Chattris (cenotaphs). These Chattris were built in the honor of the kings of Orchha. A total of 14 such cenotaphs are situated along the Kanchan Ghat.

Raj Parveen Mahal: The Raj Parveen Mahal built by Raja Indramani was used as a gathering place for the royal subjects. The structure is also surrounded by lush lawns of the Anand Mahal. 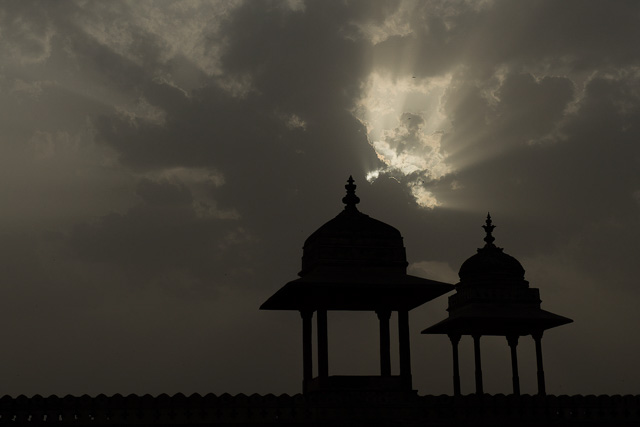 Panna National Park: The Panna National Park houses a large variety of wildlife such as the Gharial, a kind of huge reptile only found in the Indian subcontinent. The Ken river passes through the Park making the reserve wildlife-friendly and tourists can spot one of the highest waterfalls of India in the reserve as well.

Khajuraho: One of the most visited tourist attractions of Madhya Pradesh, Khajuraho has a magnificent display of Hindu and Jain temples. Originally a total of 85 temples were built in Khajuraho but only 20 of them have survived the wrath of time. 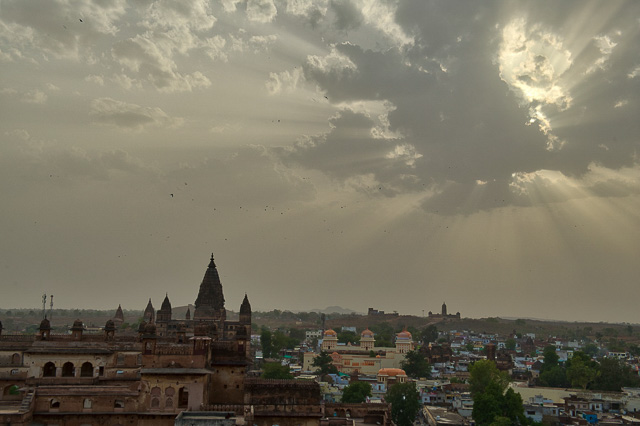 Jhansi: Jhansi is one of the most popular names of India because of the great warrior Rani Lakshmi Bai who originated from this place. Also known as Jhansi ki Rani, the queen fought for the first war of independence for India.

Chanderi: Chanderi is a town gifted with the natural beauty of hills and lakes with added features such as forts and the famous Chanderi Saree. The handwoven Chanderi sarees are the best that one can ever find throughout the country. 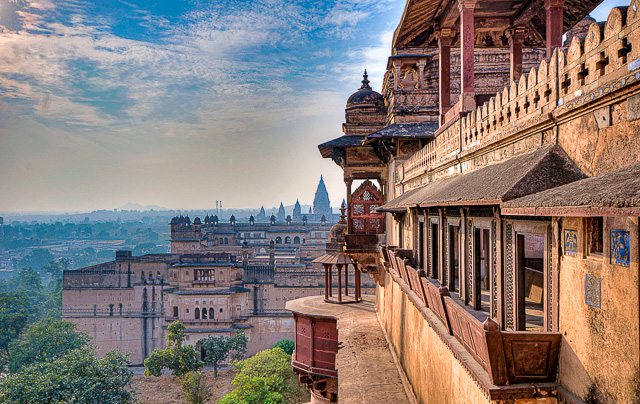 Metal Craft: One of the most popular commodities on the street of Orchha is the traditional Dhokra handicrafts made by the metal smiths of West Bengal. Objects such as idols of gods, goddesses, and other souvenirs are usually crafted around here.

Orchha Bird Sanctuary: Just situated at a distance of one km from the Chattris, the scenic Orchha bird sanctuary houses various species of birds. Migratory birds such as woodpeckers, owls, black swans, Kingfisher, geese, and jungle bush quail can be spotted around the place. 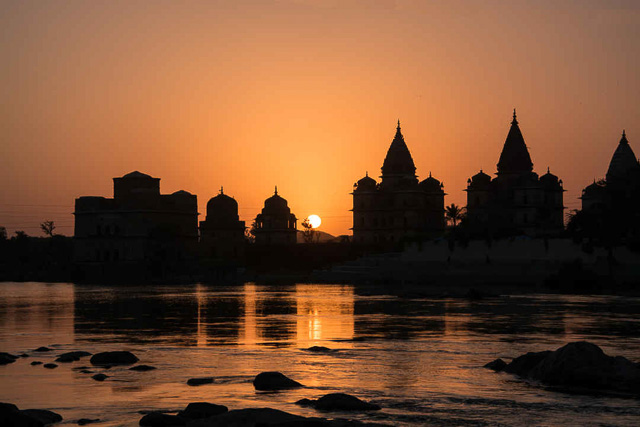 Betwa River Kayaking: An activity for the adventure lovers, kayaking at the wide and slightly turbulent Betwa river is a thrilling experience. The river's placid flow is divided into Grade 1 and Grade 2 rapids which are perfect forBetwa River Kayaking and water rafting.

Sound and Light Show: The sound and light show is mostly arranged in the evening or night times and is something that every tourist must experience. With galloping horses and lion attacks, the show holds the attention of serious historians. 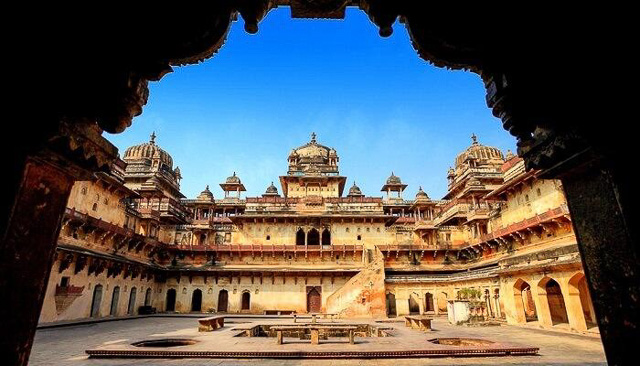 India is very famous for its spicy food items and Orchha has its unique cuisines to offer as well. Bundelkhand's juicy kebabs and the Bundeli ghost which is served with makai Rotis are worth trying. Other dishes such as Kunde ka Bhatta are also very popular among the tourists here.

For dessert, the Raas ki Kheer is one of the best delicacies made from milk and Mahua flowers, and interestingly enough, no sugar is added to the dish.