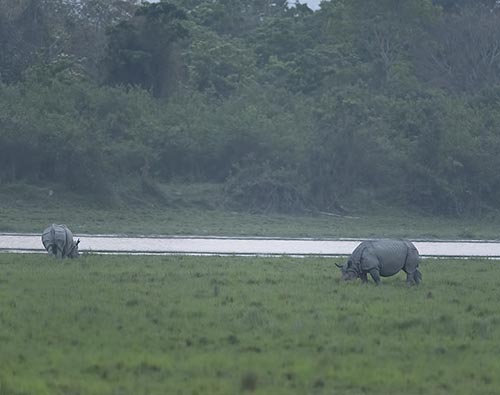 The Pobitora Wildlife Sanctuary is located 50 km East of Guwahati and situated in the Morigaon district of Assam. Stretching for over 38 kilometers, this Sanctuary is unique because of the high density of rhinos that are safeguarded under its protection. Pobitara is one of the three important reserves dedicated to protecting Indian Rhinos, with Kaziranga National Park and Manas Wildlife Sanctuary being the other two. Its swampy marshlands offer the perfect habitat for wild boars, rhinos and wild buffalos alike. Jeep safaris navigate through the rough roads that have been specially built for this purpose. With 200 migratory birds, 81 rhinos, and some interesting reptiles, this Sanctuary is a must-visit on any wildlife enthusiast's bucket list. The sanctuary offers both jeep safaris and elephant safaris.

How to reach: 2 hours from Guwahati airport

Famous for: One of best place to see Indian One Horned Rhino

According to a legend, the Pobitora Wildlife Sanctuary is named after the daughter of King of Mayong, who died as an adolescent. The sanctuary was originally just a forest with a high density of rhinos; it got converted into a reserve forest to guard those rhinos, in 1971. Later, in 1987, it got the status of a wildlife sanctuary. It was an important decision as the Indian rhinoceros needs to be protected. Pobitora Wildlife Sanctuary acts as a haven for the Indian Rhinocerosto roam around freely; as of a 2006 census, there are 81 of them. A visit to the Sanctuary almost assures sightings of the Indian Rhinoceros. Because of the ever-increasing density, some of them also end up being translocated to Manas National Park, for better caregiving. 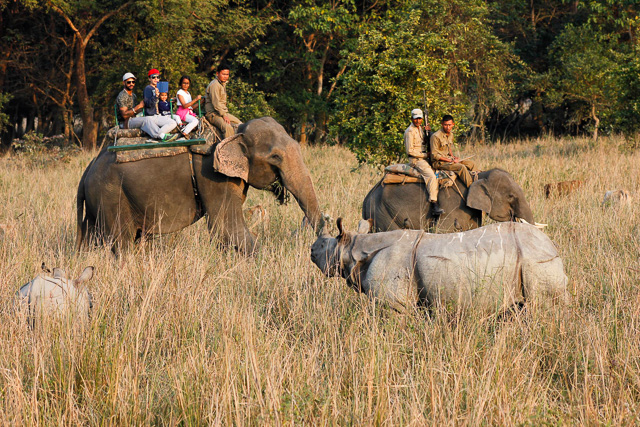 Apart from rhinos- the Park's prime attraction, the park also inhabits Asiatic buffalos, wild bears, leopards, etc. While the wildlife alone is extremely interesting to observe, you're in for a lot more when you visit the Sanctuary. It is also an ideal tourist spot for bird-watching. With more than 2000 migratory birds, the place is a heaven-sent for birders. You'll find many residents as well as migratory birds such as the Indian pied Hornbill, Osprey, Hill Myna, Kalij Pheasant, etc.

Nicknamed the 'Bharatpur of the East' for its enviably abundant wildlife, thePobitora National Park also inhabits reptiles like the Indian Python, common Monitor Lizard, Indian Tent Turtle, and the Indian Cobra. Any ornithologist would be pleased to observe the birds here, as there are so many, owing to the waterside location. With more than 86 species of residents and migratory birds combined, such as the Grey Hooded Warbler and the White-vented Myna, thePobitora National Parkis lucrative for birders from far and wide. It also safeguards almost extinct birds, such as Nordmann's Greenshank and the Greater Adjutant. 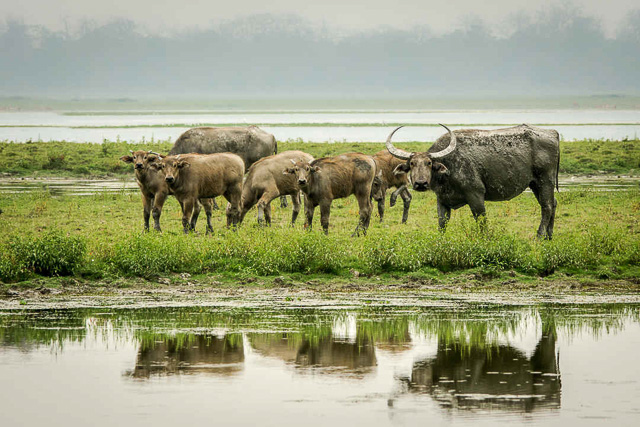