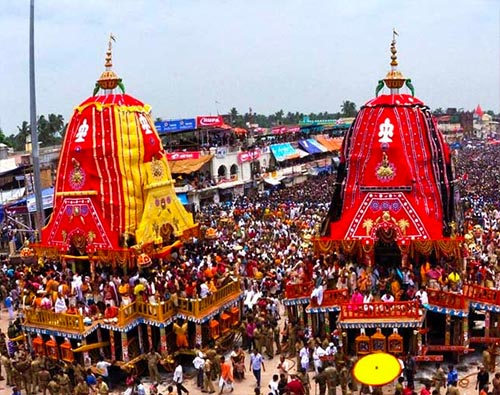 Located 60 km away from Odisha's capital city Bhubaneswar, Puri stands tall and proud on the Bay of Bengal. From Hindu pilgrims to foreign travelers, the city has no lack of visitors throughout the year. Being one of the Char Dhams of India, Puri is a myriad of temples and has a history that is intertwined with Lord Jagannath. It is Odisha's most famous tourist address with its jewel crown, the Jagannath temple.

With a long sandy beach along with a barrage of temples, this ancient city has something for every visitor. Every year in July, Puri witnesses its maximum tourist draw during its annual chariot festival or Rath Yatra. The Jagannath rath yatra starts from the Jagannatha temple, taking the adorned idols of the Lord Jagannath to Gundicha temple and returning to the main temple.

However, the city's chief attraction remains far from being its only tourist draw. Puri is home to two heritage crafts villages Pipili and Raghurajpur, where one will see some of the world's most famous craftsmanship. It is here, where the traditional culture and heritage of Puri resides in its artistic glory.

From Jagannath and Konark Sun temples and heritage villages to the biodiversity hotspot Chilika lake and Dhauli Peace Pagoda, a trip to the ancient city is filled with history, culture, and architectural marvels.

The history of the ancient city of Puri is intertwined with Lord Jagannath. It was established as one of the four Char Dams of India by Adi Shankaracharya. Historians believe the former name of the town was Charitra and was mentioned as Che-li-ta-lo by Chinese pilgrim Hiuen Tsang. However, this and the city identification as Puri is open to doubt.

Puri's significance as an important seat of Vaishnavism increased when Chodaganga Deva constructed the Purusottama Jagannath temple and installed the images of the deities. Since then, the temple became a famous abode of Purusottama, popularly known as the Purusottama Kshetra. Today, a Hindu pilgrimage is incomplete without visiting Puri and its Jagannath temple. 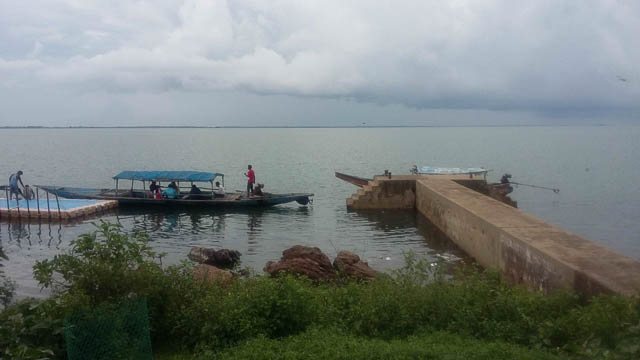 Puri's culture and heritage are synonymous with Lord Jagannath and Hinduism as its place as one of the Char Dhams of India. As such, tourism in the city is a myriad of temples that include Gundicha temple, Mausima temple, Chakra Tirtha temple, and others aside from Puri's crown jewel-- the Jagannath temple.

However, its heritage goes beyond religion and into the arts and crafts. Home to two heritage villages, Pilipi and Raghurajpur, Puri's handicraft and cottage industries are popular all over the world. The classic traditional culture and heritage of the city include Pattachitra, stone engraving, applique, terracotta, bell metal, seashell crafts, and modern patchwork. 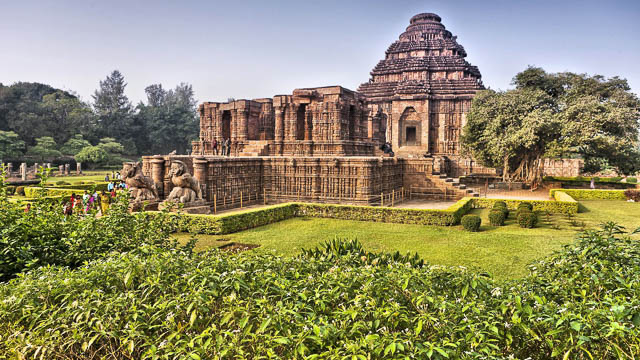 Puri Jagannath temple has been the epicenter of the Jagannath cult for years with pilgrims from all over the world flocking here, every year. The 12th century AD temple is built on a raised platform and an architectural marvel of its right. However, the mysticism surrounding the cult of Lord Jagannath overshadows its architectural brilliance.

Every year, thousands of pilgrims come to the temple to see the famous Jagannath rath yatra. The rath yatra occurs in July, where adorned idols of Lord Jagannath and his siblings Balabhadra and Subhadra are placed on the equally adorned chariot. This chariot is, then, taken to the Gundicha temple in a procession, marking the annual visit to the Lord's birthplace. They stayed at the Gundicha temple for seven days before returning to Jagannath temple. During their way back, they make a stop at the Mausi Maa Temple, which is the abode of Lord's aunt.

Aside from visiting Puri Jagannath temple, Konark's Sun Temple is a highlight in an Odisha trip. A UNESCO Heritage site, the temple is the pinnacle of temple architecture of Odisha. Its symmetry, massive structure, and intricate detailing leave tourists spellbound. Standing tall at around 227 feet, the temple was designed as a chariot of Sun God driven by four carved wheels.

Pipili is one of the two famous heritage villages of Odisha, known for its Pattachitra, stone craft, and applique work. The artwork in this village is used to adorn the chariots of Lord Jagannath and his siblings during the Jagannath rath yatra, every year. It is also used for other rituals associated with the Lord.

Raghurajpur heritage crafts village is best known for its Pattachitra art. Portraying scenes of mythology with vibrant colors, the art form is used to decorate Lord Vishnu and his siblings. Located 12 km away from Puri Jagannath, the quaint village is probably the only place in India with a large congregation of artists.

Dhauligiri is a visual treat with its Peace Pagoda. Built in 1972 by the Japan Buddha Sangha and the Kalinga Nippon Buddha Sangha, Peace Pagoda is the site of the famous Kalinga War. The Pagoda, today, commemorates the peace mission achieved by the war fought in 261 BC when Ashoka invaded Kalinga.

Chilika Lake is a hotspot for biodiversity and a must-visit when visiting Puri Jagannath temple. It is designated as a RAMSAR site and a Wetland of International Importance and one of the biggest Flamingo breeding places in the world. You will see Dolphins diving and various migratory birds as you take a boating tour here. 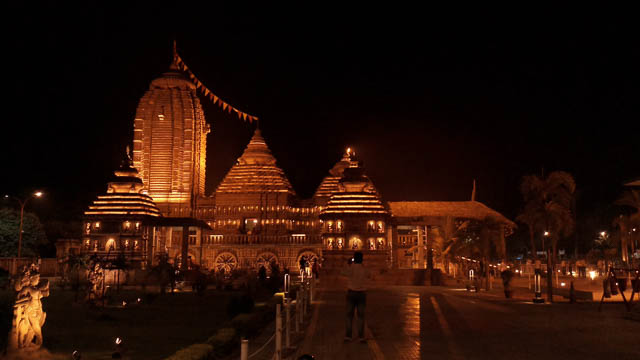 Located on the famous Puri beach, Mayfair Heritage is near the Konark Sun Temple. Mayfair Waves is an option for those wishing to relax on a private beach and spa and wellness center. With Balighai beach a 10-minute drive away and a shopping arcade, Toshali Sands is the epitome of luxury. The Chariot Resort & Spapampers you with its spa, outdoor pool, and view of a natural lagoon.