Satpura National Park, the gem of Central India, boasts of a poised ambiance and an exotic adventure. Famed for its natural beauty, the Park was established in 1981, in the Hoshangabad district of Madhya Pradesh. An integral part of the Satpura hill range in the Indian Highland, the Park combines with Pachmarhi, a beautiful hill-station, and encloses Bori Wildlife Sanctuary as well, causing the area to spread over 1427 square kilometers. While wildlife is a lucrative aspect for tourists and nature enthusiasts, the waterfalls, ravines, gorges, hilly terrain, forests, and wetlands only add to the scenic beauty. The Park, abundant with flora and fauna, provides solace to the eyes of the beholder. The famous John Keats’ quote- "A thing of beauty is a joy forever", seems to perfectly describe Satpura National Park. It is one of the Tiger reserves in India, and Tigers are seen regularly particularly in some pockets. However, as far as recent sightings go, Satpura is becoming increasingly famous for its Leopard and Sloth Bear sightings, which are seen fairly regularly.

How to reach: 4 hours from Bhopal airport

The Satpura National Park or Satpura Tiger Reserve is nestled amidst the Satpura range of hills in central India, Madhya Pradesh. Similar to the Deccan Plateau, of which Satpura is a part, it witnesses rocky and rugged terrain, hilly areas, perpetually meandering streams, shallow and narrow gorges, and ravines with gushing waterfalls. It is densely forested and a dissected plateau country that boasts of a chain of sandstone peaks. 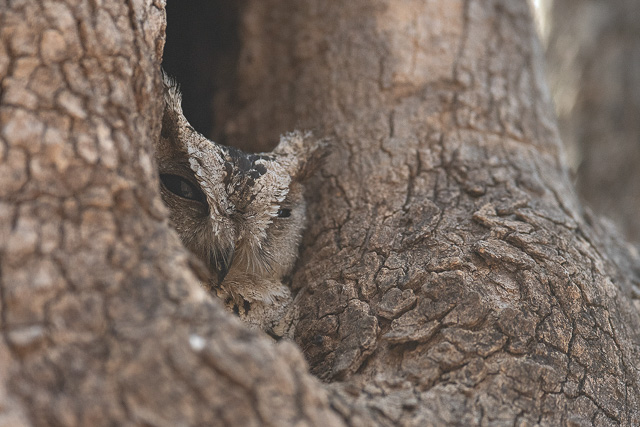 The Satpura Tiger Reserve attracts guests because of its wildlife. The Tiger is the main predator in the Reserve while the spotted deer and sambar deer are the chief prey. While the tiger forms an essential part of the Park, animals like spotted deer or Chital, the Indian gazelle or Chinkara, and the four-horned antelope or Chousingha are also significant to the ecosystem. It's no doubt however that the Satpura Tiger Reserve is home to ferocious tigers in abundance. 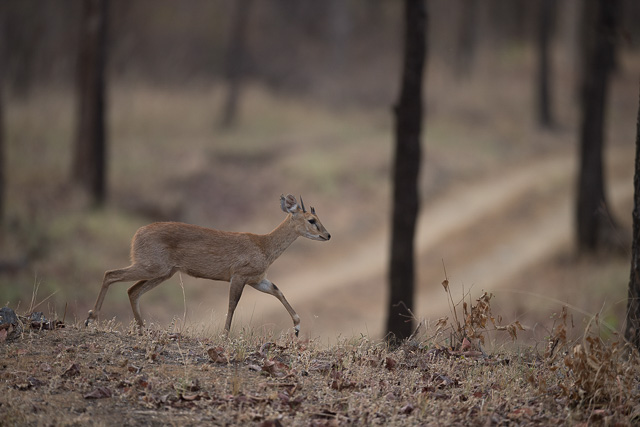 Despite inhabiting around fifty mammal species and around thirty reptile species, tourists find it hard to spot these mammals or reptiles. It's because of the fact that most of the inhabitants of the Satpura National park are nocturnal; they stay secluded or reclusive from human disturbance and come out only at night to hunt or feed themselves. You might catch several chance-glances or observe the telltale signs of the inhabitants, such as the Rhesus Macaque, hyena, wild boar, langur, nilgai, smooth otter, pangolin, marsh crocodile, porcupine, palm civet, ratel and the small Indian civet. The Park also inhabits the vulnerable sloth bear so keep an eye out. Apart from tigers, leopards and wolves also take on the role of the predator and prowl for prey. Wild dogs often move in organized packs and are often able to hunt down a prey double their size through sheer coordination and the power of quantity. The Flying squirrel and Indian Giant squirrel are the two types of squirrels you might notice in the park; although these are particularly elusive creatures. Speaking of elusive, the small Indian civet and the palm civet only come out at night time. These ground animals bear long tails and are difficult to spot during day time. 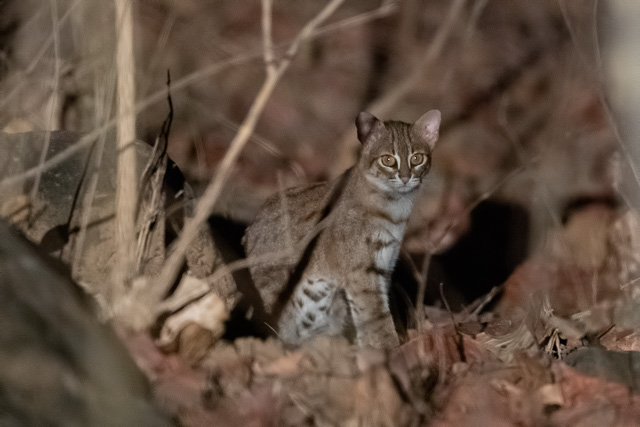 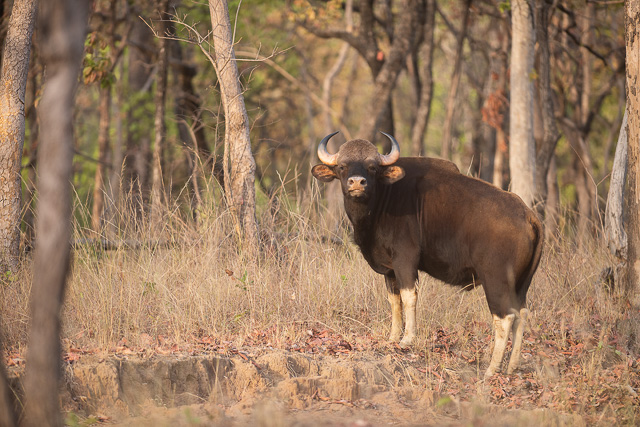 Going on an incredibly exciting jeep safari, trying to spot the Royal Bengal Tiger or the formidable Leopard, is an one-of-a-kind experience. Out of the three safari routes- Keria, Lagda, and Churna, Churna is the longest as it spreads for over 30 km. Exploring Satpura National Park via the Churna route will take an entire day, and it includes some portions of the Keria route as well. 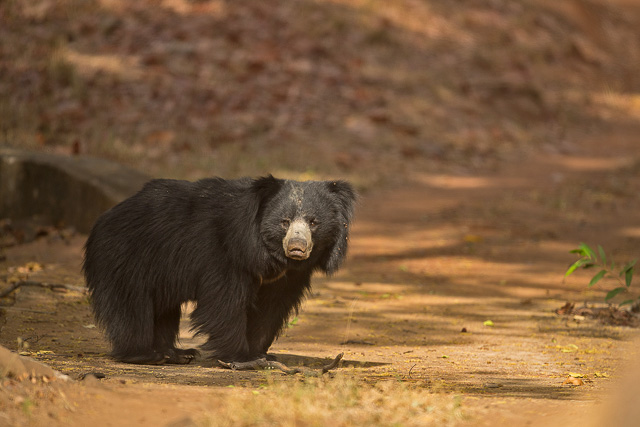 This national park is sure to leave a sweet taste in the mouth with its all-round combination of nature, wildlife and the entire ecology. 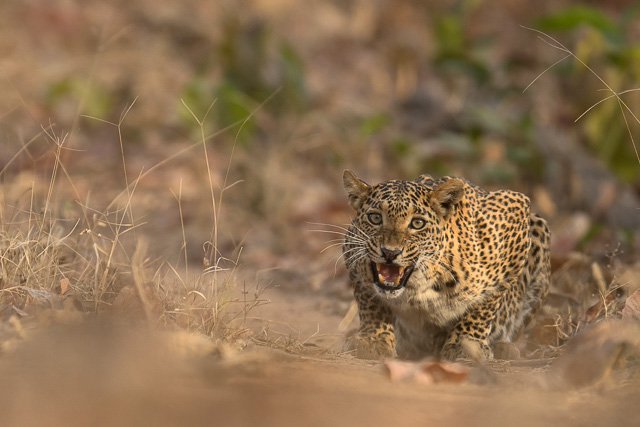 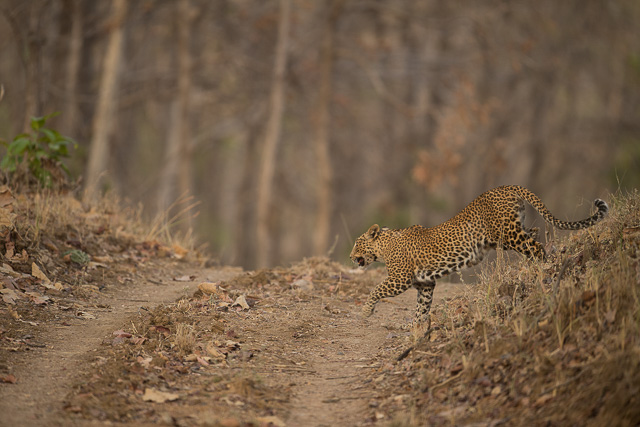 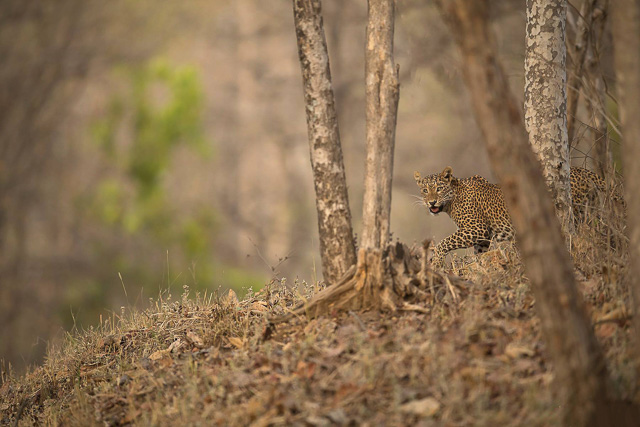