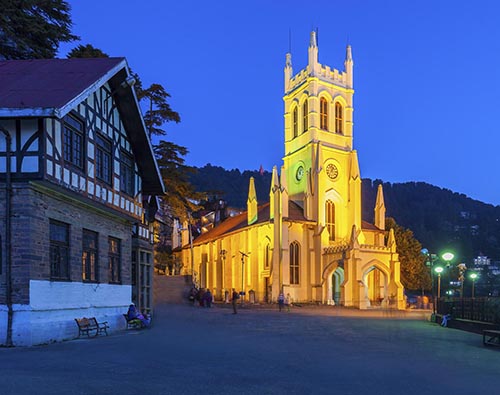 If you can’t make up your mind regarding a place to go on your honeymoon trip or family tour, then look no further than Shimla. The spellbinding views of snow-capped mountains, the green-carpeted hills, long winding lakes, and the clouds hanging from the heavens create the perfect backdrop for you to cozy up under a shawl with your loved one. Shimla, the queen of hill stations, is forever blanketed by unmatched beauty, and the sweet-smelling air will tickle the romantic in you and bring out your inner poet.

The best part is that you can visit Shimla at any time of the year. If you are visiting during October and March, then consider yourself the most fortunate, for the average temperature would be somewhere between -2 to 8 degrees Celsius. With heavy snowfall in Shimla during December and January, it’s the perfect time for honeymooners to ski down the mountains, enjoy the spectacular scenery, and click wonderful selfies.

During summers, from April to June, the average temperature of Shimla would be 15 degrees Celsius. This climate is ideal for honeymooners and families alike to set up camp and participate in several outdoor activities and adventure sports like trekking and paragliding. From July to September, the monsoons may cause landslides or avalanche in the region, thus making it an unfit time to visit, but the breathtaking views of the green meadows would certainly make up for your worries.

How to reach: By air/road/train

Best time to visit: Any time of the year

Named after a Hindu Goddess Shyamala Devi, Shimla had been under the reign of Bhimsen Thapa of Nepal, from whom the British East India Company seized the land with respect to the Sugauli Treaty following the Anglo-Nepalese War. Thus in 1863, John Lawrence, the Viceroy of India relocated the British summer capital to Shimla. To get away from the heat of the Indo-Gangetic plain, British merchants, soldiers, and civil servants visited Shimla every summer. Once Himachal Pradesh was officially declared as a state in 1971, Shimla was titled the state capital. 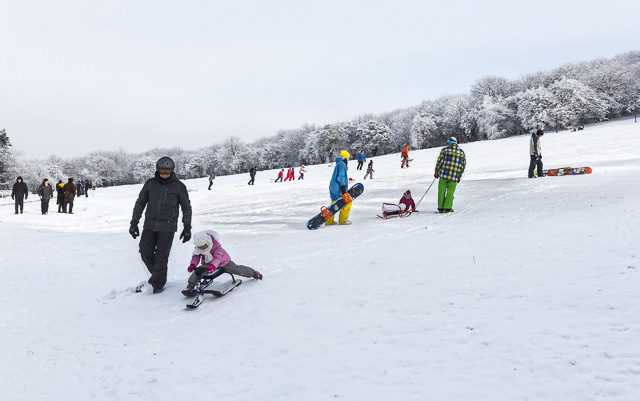 The diverse population of Shimla has contributed to its cosmopolitan culture. Hence, there is an unending variety of festivals that are celebrated here all-year-round, with popular singers making an occasional appearance to entertain locals and travelers. The population in Shimla is pious, and they sing or dance as part of their religious rituals to seek the blessings of their gods. Also, the locals love to show off their wooden handicrafts which you can find in the Lakkar Bazaar. As Shimla souvenirs, you can pick up several articles from its markets, such as woolen clothes, leather garments, or ornate jewelry. 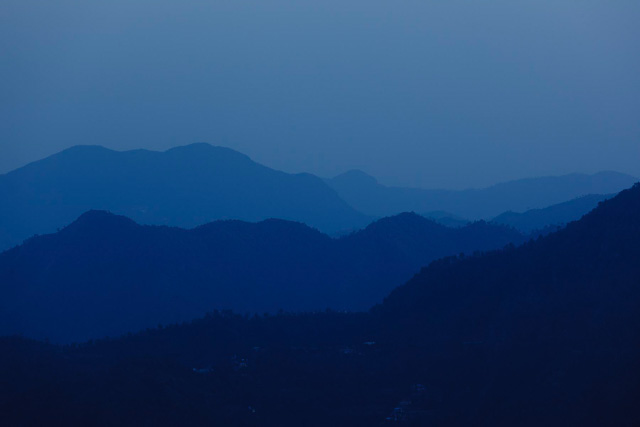 Some of the places to visit in Shimla are as follows:

The Ridge: Also called the Scandal Point, the Ridge is one of the most popular places to visit in Shimla. The Ridge is a spacious platform that provides the perfect vantage point for tourists and locals alike to drink in the beauty of the snow-peaked mountains and rolled out valleys of Shimla.

Christ Church: To bask in some spiritual glory, one of the ideal places to visit in Shimla would be the Christ Church, which also happens to be the second oldest church in North India. Add the church in your itinerary to visit in the early morning hours or during the church prayers.

Jakhoo Hill: The Jakhoo hill with a height of 8000 feet is considered as the highest peak in Shimla, and a major point of attraction for trekkers and nature lovers. The Jakhoo temple atop the hill is one of the places to visit in Shimla as it features a 108 feet tall Hanuman statue which calls to pilgrims with promises of offering an unparalleled spiritual experience. 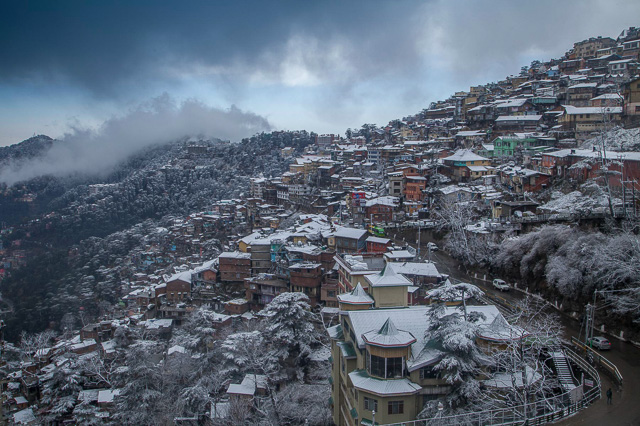 Viceregal Lodge: To catch up on history, one of the best places to visit in Shimla with historical significance to include in your bucket list would be the Viceregal Lodge. The Lodge, which was the summer residence of the Indian Viceroy from 1888 till 1946, boasts of intricate and impressive architecture.

Experience the Ride on Toy Train: Spanning an incredible 60 miles, the Kalka-Shimla Toy Train is believed to offer one of the most delightful and panoramic railway journeys in India. The train connects the plains with Shimla and covers a wide expanse that includes 864 bridges, 102 tunnels, and 919 charming curves.

Summer Hill: The Summer Hill, with its lush greenery, accompanied by gorgeous scenery, and stunning views are bound to leave you awestruck. The picturesque township is five kilometers away from the Ridge, and from the Summer Hill, you get the perfect angle to admire the mesmerizing splendor and beauty of Shimla. 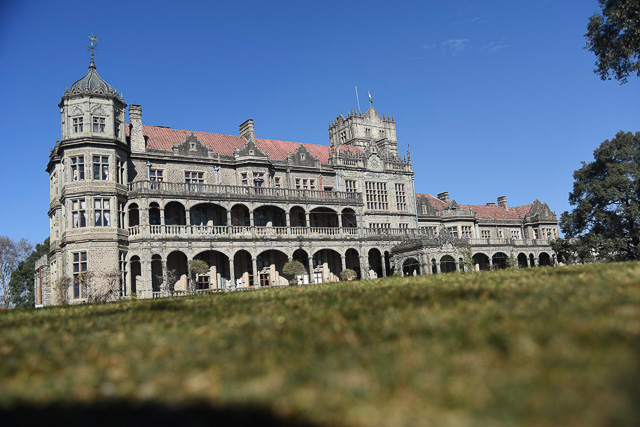 Gorton Castle: Include Gorton Castle in your list of places to visit in Shimla to go sightseeing. Built during the colonial era, the castle is a heritage monument. The neo-gothic architecture of the castle adds to its mystery and the location of the castle would remind you of a Hollywood movie scene. 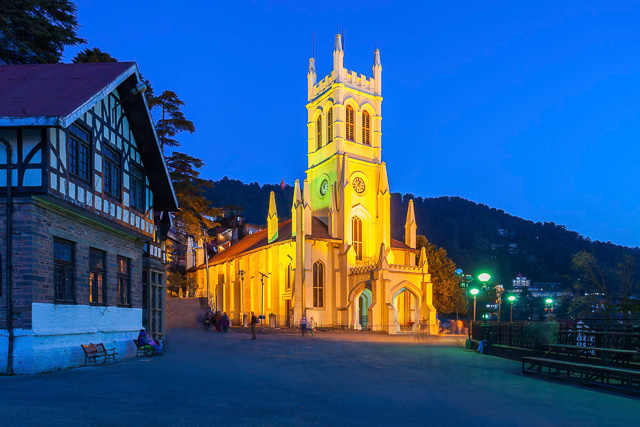 Kufri (15 km): Residing in the Himalayan foothills, Kufri, nicknamed as the winter sports capital attracts adrenaline junkies and adventurers from all over India. Popular for offering excellent ice skating and skiing opportunities, Kufri guarantees every visitor the perfect getaway to thrilling moments that they can cherish for a lifetime.

Kasauli (71 km): Nestling in the Solan district of Himachal Pradesh, Kasauli warrants enchanting and captivating sightseeing opportunities for travel buffs. The paradisiacal tourist spots, such as the Gilbert trail, Manki Point, and Gurkha Fort in the heart of the quaint town lull travelers into a state of bliss, making each one want to linger.

Mashobra (12 km): Get acquainted with a much calmer and quieter spot in Shimla by visiting Mashobra. At 7700 feet, this magical place is untouched by the hands of commercialization. Resting in the lap of nature, Mashobra can put the stress associated with the busy city life to rest. 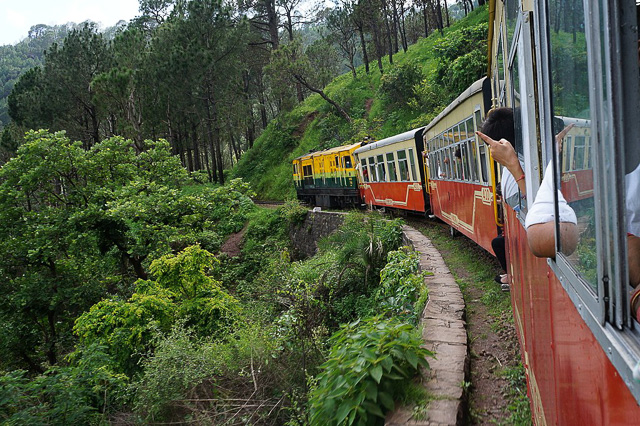 There is a variety of accommodation you can pick from while planning your stay in Shimla. Be it cozy boutique hotels and properties or homestays, you can choose lodging that’d fit your requirements and suit your convenience. Here are some options which you can consider while planning your itinerary:

The Oberoi Cecil: To experience the taste and grandeur of a space that is as old as history, but more elegant and better polished, the Oberoi Cecil is your go-to place that is bound to fulfill your dreams of time-travel.