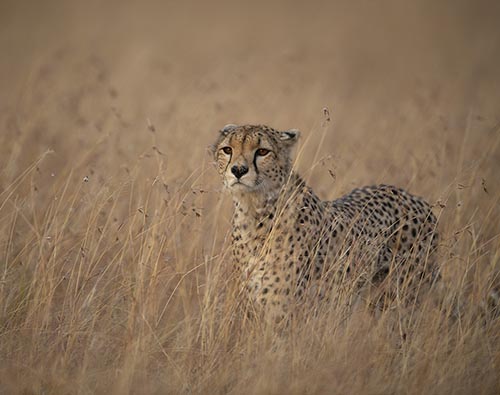 There are not many places better than the Tarangire National Park, the sixth-largest park in Tanzania to witness the wild in all its glory. Nestling in the Manyara Region, the park gets its name from the Tarangire River. The swaying acacia and baobab trees, add to the beauty of the landscape, complemented by a colossal herd of elephants, zebras, migratory wildebeests, impalas, buffaloes, hartebeests, gazelles, elands, and dry-country antelopes, such as the peculiar long-necked gerenuk and the stately fringe-eared Oryx. Besides, there are some 550 species of birds that reside in Tarangire. So, you will surely notice yellow collared lovebirds and shy starlings taking refuge in the foliage of the many trees that dot the region.

Located in northern Tanzania, Tarangire is a seasonal park and an active site of migratory movement. The Tarangire River attracts large herds of animals during the dry season between June and October. The region has elephants lazing all-year-round, but in the dry season, the elephant population is spectacular, and thus, makes it the perfect time for a horseback safari in northern Tanzania.

How to reach: from Kilimanjaro by road or flight

Famous for: high population of elephants,

Birding with many dry-country species

Geographically speaking, the Tarangire National Park lies in the Manyara region and is surrounded by the Masai Steppe in the southeast and the lakes of the Great Rift Valley in the northwest. The perennial Tarangire River flows through the northern part of Tarangire and drains into Lake Burungi in the northwest. 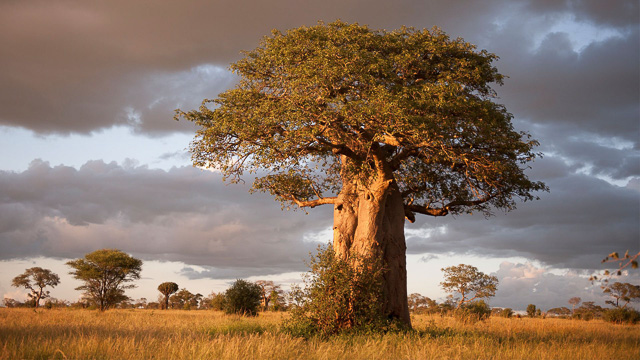 Besides elephants, the characteristic feature of Tarangire is its baobab tree which densely populates the park. The clear grassland plains, woodlands, the gurgle of the Tarangire River, the eclectic blend of wild animals, and the looming baobab trees combine to create a picturesque landscape for you to delve into on your horse safari in Tanzania.

The national park of Tarangire houses iconic animals like the diminutive dik-dik, Silale swamp lions, and towering giraffes. Additionally, three endangered species dwell in the park, which you cannot find anywhere else in the country, namely the fringe-eared oryx, tiny Ashy Starling, and the towering greater kudu.

During the dry season, thousands of animals from the Manyara National Park revisit the Tarangire swamps, especially the Tarangire river system. Herds of more than 300 elephants and migratory animals such as wildebeest, zebras, and buffaloes wander several kilometers of parched grounds to drink from the Tarangire River.

Africa is synonymous with the “Tree of Life” or the baobab which has a lifespan of about 600 years. The trunks of the tree can store water anywhere between 300 to 1000 liters and the bloated trunks give baobab its distinct shape. The animals of Tarangire are fond of its edible seeds and the elephants in the region use its barks to sharpen their tusks.

Tarangire has the highest elephant population in all of Tanzania. During the dry season, herds of 300 plus elephants can be seen hunting the dry Tarangire river bed for underground streams. During the wet, rainy season, the seasonal visitors scatter out within a range of 20,000 sq km close to the park but you will spot elephants on ahorseback safari any time of the year, thanks to their huge numbers. 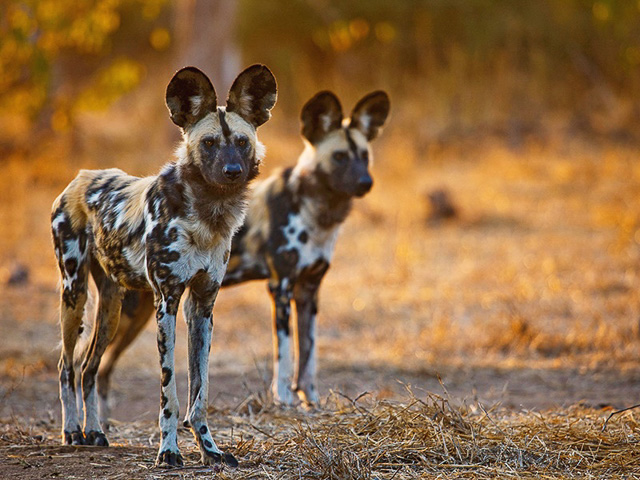 Game drives across Tarangire can be a thrilling experience, especially during the dry season, when a wide variety of animals in huge numbers would cluster along the Tarangire River, providing the perfect opportunity for you to witness live predator-prey relationships.

Accompanied by an experienced field guide, set off in the direction of some of the most secluded parts of Tarangire to unlock the secrets of the wild. Walking safaris are an exciting way to follow wildlife tracks to encounter animals on foot.

A horseback safari in Tarangire is a challenging but the perfect way to merge with the magnificence of the landscape and the wildlife. For those who love ahorse safari, Tarangire offers engaging vistas to keep you company while you explore the captivating scenes of the wildlife.

The Tarangire is a relatively undiscovered and unknown park but this is one region where you can explore to your heart’s content, get close to animals, and yet not disturb them. If you are looking for an altered Tanzania safari experience, then do try out a day trip to Barabaig or Maasai village. 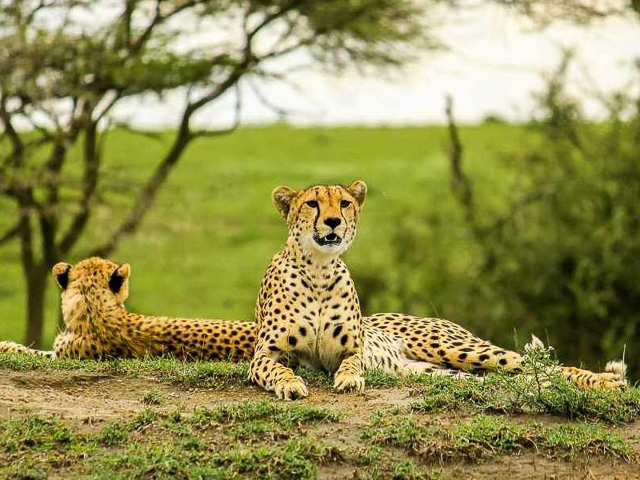 Nimali Tarangire: Resting on the eastern boundary of the park, Nimali Tarangire is a popular lodge that is hidden amid stunning baobab and acacia trees.

Tarangire Treetops: Tarangire Treetops is a lodge that is open all-year-round but the fruits of the surrounding marula trees beckon elephants during the months between July and September, making it an exciting time to visit.