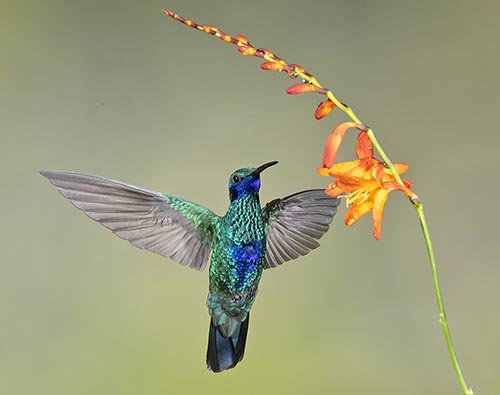 Situated on the northwestern coast of South America, Ecuador or the Republic of Ecuador translates as ‘Equator’. With the Pacific Ocean on its western flank, the country is bordered by Peru and Columbia and it is home to the legendary Galapagos islands, which is said to be the inspiration behind Darwin’s theory of evolution.

Originally inhabited by the Ameridians who were part of the Inca Empire, the area was later colonized by Spain until it emerged as a sovereign state in 1830. The historical influence of its rulers and colonies can be seen in Ecuador’s cities, monuments, and architecture, with Spanish as its official language. However, Ecuador is a strategically geographically placed nation that has given rise to its large biodiversity centers, and hosts of endemic plants and animal species. It is one of the 17 megadiverse countries in the world and the country recognizing its invaluable ecological systems has incorporated the Rights of Nature in its constitution in 2008. It is the ultimate birding hub for bird watchers and bird photographers from around the world, and famous for its signature species like Cock of the Rock, Umbrella Bird, different species of Quetzals, Hummingbirds, Toucans and Tanagers. It is also home to the rare to see Spectacled Bear, only bear species in Latin America.

Quito is the capital of Ecuador and one of the places in Ecuador where you can dive deep into its culture and history. At an altitude of 2,850 meters above sea level, it's the second-highest capital in the world and also the nearest one to the equator. The town itself extends over 1000m of latitude. Warm and relaxed, traditional Ecuadorian Sierra civilization includes fourth-generation hatmakers, farmers' market stands and healers which blends with a nightlife scene and a sophisticated and lively culinary. The Quito Old Town is one of the most preserved old towns in the world and a UNESCO World Heritage Site.

While most would associate Amazons with Brazil, the Amazon forest of Ecuador is one of the top places to visit in Ecuador. The forest thriving around Napo river (an important tributary of Amazon River) is full of a thick canopy of trees and plants of all sizes and shapes. It is also home to over 500 species of birds and many wildlife. One of the best ways is to spend holidays in Ecuador is spending time in the Yasuni National Park and Biosphere Reserve.

The eastern Andes are a bit different from the Andes of Chile and Argentina in their formation and yet mesmerize any visitor with the varied landscape and the different flora and fauna they support. Some of the important attractions here are the snow-covered volcano mountains of Antisana and Cotopaxi, the Papallacta Pass, Sincholagua - another dormant volcano and the San Isidro grounds. The subtropical forests of the region are home to a diverse variety of birds and a haven for bird-watching.

Also known as the Bellavista Cloud Forest Reserve, it is at the part of the Andes that includes two parallel ranges, the Cordillera Occidental and the Cordillera Oriental and runs through Venezuela, Colombia, and Ecuador. The region is perfect for hiking and bird-watching when you visit Ecuador.

Galapagos Islands is one of the most enchanting places on Earth that has inspired books like Charles Darwin’s ‘The Origin of Species’ and continues, even today, to improve our understanding of the evolution of life on Earth. It is a world heritage site, very carefully preserved to have minimal disturbance from tourists. You can do hiking, snorkeling, biking, sightseeing and many other activities on nearby islands.