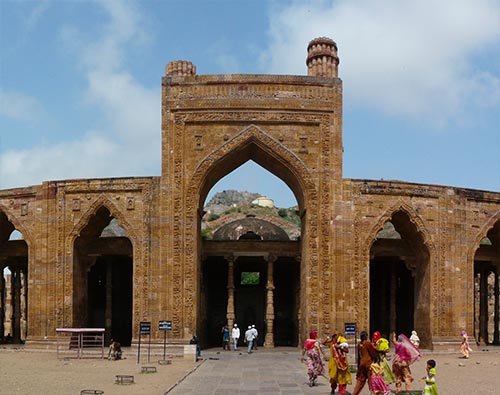 Ajmer is a small but beautiful city in Rajasthan famous for its culture and India’s prominent Ajmer Sharif Dargah. It is one of the favorite destinations of thousands of visitors flocking to Rajasthan. Ajmer is situated at a distance of 135 km from Jaipur and 391 km from New Delhi. This city is surrounded by Aravalli Hills, south of which is the Anasagar Lake. Ajmer was founded in the seventh century by Ajayraj Singh Chauhan who also built the Taragarh Fort, India's first hill fort. His descendants ruled the town until the 12th century. In 1559 the city was invaded by Mughal Emperor Akbar. Akbar was a great follower of Moinuddin Chishti and designed a place in Ajmer called Daulat Khana. After a few years, the rule of Ajmer was passed to Marathas after which the British took possession of the city. It remained a province of India until 1950. This city serves its visitors very well from offering you unique Rajasthani dresses to a variety of crafts and paintings. This city makes sure that when you go you have the good memories of this traditional city forever in your heart. Architectural heritage, methodological past makes Ajmer a fascinating place to visit.

Nearest Airport: Jaipur is the nearest airport 135 km away

How to Reach: from Jaipur and Delhi by road/train

Famous for: Islamic history and heritage

Best time to visit:October to March

Ajmer Sharif Dargah is the most prominent and most visited Sufi shrine introduced by the legendary saint Khwaja Moinuddin Chishti, the holy Persian Sufi. Islamic Sufi saint was famous for his secular preaching and Sufi teaching, also known as "Sultan-e-Hind." Ajmer Sharif is a beautiful place. It would require you to walk through a set of massive silver doors, with ancient paintings intricately crafted. The courtyard welcomes you with the sepulcher of Moinuddin Chishti, made out of polished marble. The grave is well protected by a silver railing and marble surrounded with gold plating on top. This shrine is an architectural wonder and an ideal refuge for Sufi to communicate with your inner self. You can visit Akbari Masjid situated inside Ajmer Sharif Dargah between the Shahjahani Gate and Buland Darwaza. It was built by Mughal Emperor Akbar when his wish of seeking the throne was answered in Ajmer Sharif Dargah in 1571. This mosque was built by Akbar when his wish to seek his throne was answered at Ajmer Sharif Dargah. The innings of this mosque are made of pure silver, it is always a joy to watch the intricate insides of this mosque. When you visit this shrine you will see many cauldrons that contain heavy capacity to cook sweet dishes which are served to people on every special occasion.

Adhai Din ka Jhonpra is a mosque that was built by the order of Mohammad Ghori. The mosque is known as "Adhai din ka Jhonpra" because it was built in 60 hours. The mosque is only half constructed till date and has only a wall where prayers are offered. This place has a mesmerising history some historians say that this mosque was built after the demolition of some Hindu temples. Others say that the mosque was built during the second battle of Tarain, after the defeat of Prithvi Raj Chauhan III by Mohammad Ghori. The walls of this mosque are divided into different small screens so that the morning light can penetrate. The hall is backed by several columns that are richly decorated to display the beauty of this admirable mosque. 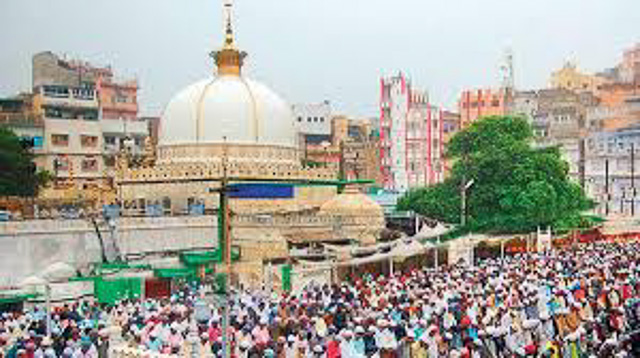 You can visit Dargah Bazar if you are planning to visit Ajmer Sharif. This place is the heart of the city. This place has everything that will allow you to enter the shrine. From flowers to cloth to cover your head this place will serve you with everything you need. You can visit Nala Bazar and Mahila Mandi if you want to buy clothes or handicrafts that showcase Rajasthani beauty. These two stops are favorite among locals as well as visitors. When it comes to food Ajmer is famous for mutton, curry, Lal maas, chicken biryani, and various other mouthwatering non-vegetarian dishes. Apart from serving their non-vegetarian visitors, this city serves their vegetarian visitors also very well you can enjoy Dal Baati Choorma, Lahsun Ki Chutney, Ker Sangri, Bajre ki roti, and many other vegetarian dishes to keep the Ajmer's food forever in your heart. 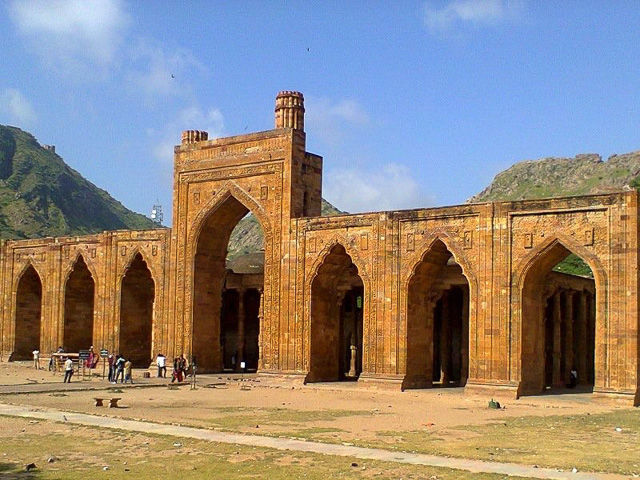 Air: Jaipur is the nearest airport 135km away.

Road: Ajmer is also well connected by roads to major cities of Rajasthan. 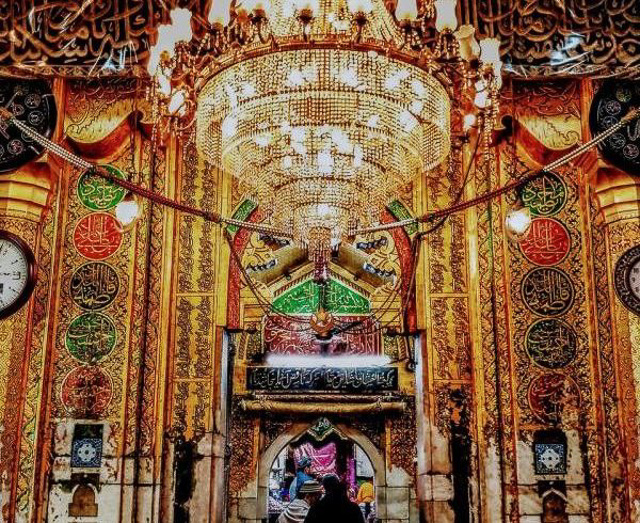