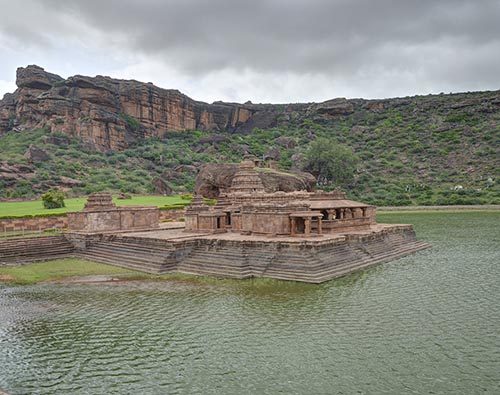 Badami, one of the best tourist attractions in Karnataka is renowned for its history. Most of the parts of South India have a history attached to them. It’s the same for the Karnataka state. Especially for the Bagalkot district of Badami. A few of the attractions here are the Virupaksha Temple, Pattadakal and the Badami caves. The region is famous for its rich architecture and diversified culture.

How to reach – by air from Bangalore/Hyderabad International airport

Badami is famous for its history and the marvelous architecture left by the Chalukyas. Almost every rock-cut specimen here, from the Durga temple at Aihole to the large group of monuments at Pattadakal, were carved or constructed during the Chalukyas reign. People of different ethnicities live in Karnataka, Konkani, Kannadigas and Buddhists to name a few. The history of the place can be found in various ancient scriptures such as the Puranas. 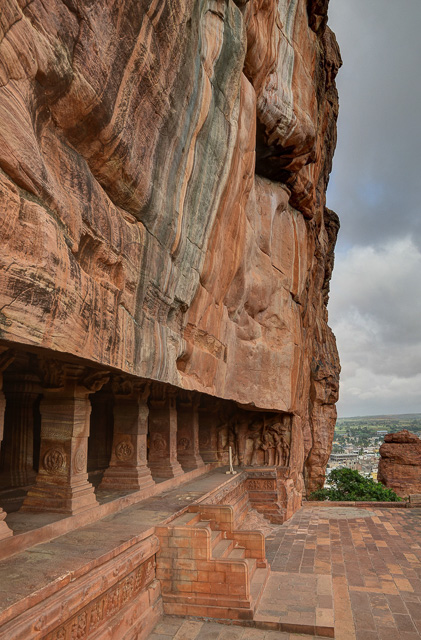 The culture of these ethnicities is still visible in the people living there. People can be spotted going around in dhotis. This shows how the culture has been preserved in the State. This place is an example of excellent craftsmanship from the Chalukyas. The amazing rock-cut caves, the holy temples and the people around make you feel as though you have traveled back in time.

Badami Cave Temples: Badami is known as the erstwhile capital of the Chalukyas. Being the capital means that the place is filled with many beautiful scenes and sculptures. The Badami is mainly known for its rock-cut craftsmanship. The Badami caves are a brilliant example of this. The Badami cave Temples are situated on top of 200 steps. The elegance and the sheer size of the temples are alluring. 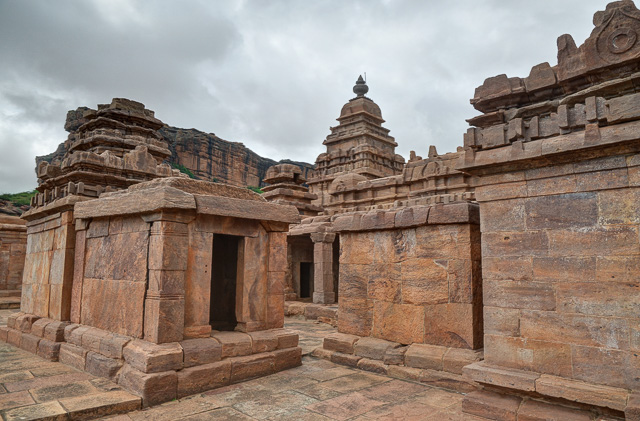 Mallikarjuna Group of temple: These temples are mostly renowned for their unique style. These temples were built in the Phamsana style. This means that they were built in a pyramid-like shape. Like many other temples, these too date back to the Chalukyas period. They are mainly dedicated to the Hindu God Shiva.

Badami Fort: Badami Fort is just a treat to watch. The interior of the fort is filled with an amazing piece of architecture. The beautiful sculptures are a brilliant addition to the astounding beauty of the fort. It is said that this was one of the main forts for the rulers which just gives the thrill to be there. 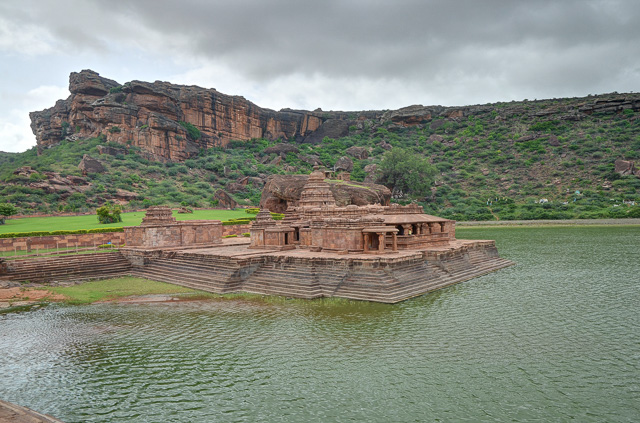 Agastya Theertha: The Agastya Theertha Lake is situated below the famous cave Badami temples. This lakes' origin dates back to the 5th century. The water of the lake is considered to be holy water by the people up there. It is said that anyone who uses the water is cured of all the diseases. The Bhoothnath Temples situated just to the east of this lake add to the beauty and value of the site.

Ravana Pahada: The Ravana Phadi temple is different from all the other temples in Badami. Although built around the period of the 6th century, this temple will give you a different thrill. On the very entrance, you will find a broken column that opens to the temple. This gives you an idea of the history of the temple.

Archaeological Museum Badami: You can imagine the artifacts that have been stored in this Museum. With so many artifacts and heritage found in the region, building a Museum was just necessary. This museum houses great artifacts dating back to times of Pulakesin.

Akka-Tangi Falls: If you feel that you have visited too many ancient places and seen many rocks then this is the next spot for you. Go back to nature and experience the soothing effect of the Akka-Tangi Falls. These falls are surrounded totally by lush green trees and bushes. This place is sure to take all the tiredness out of you. 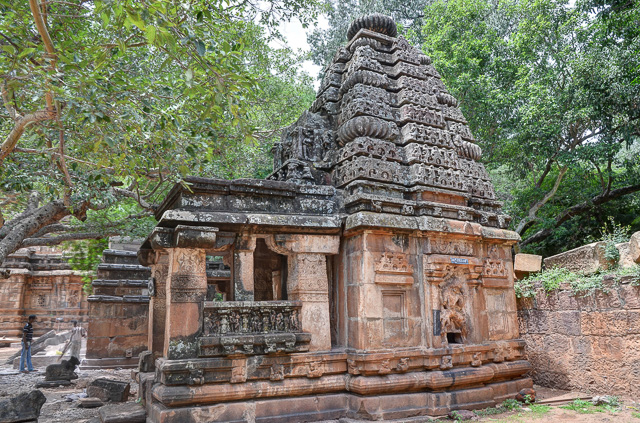 Apart from the world-famous Badami caves and many more such attractions there are other dazzling tourist attractions close by as well.

Pattadakal: Pattadakal, also known as Raktapura or Pattadakalu is famous for its temples. The temples are a mixture of Hindu and Jain temples built in the 7th and 8th centuries. These temples are known for their intricate designs of the sculptures. The group of monuments at Pattadakal are mostly dedicated to Lord Shiva.

Aihole: Aihole also is known as Aivalli or Ahivolal is a historic site in the Bagalkot district of Karnataka. Aihole consists of more than 120 temples. These temples date back to the 7th century. Monuments of ethnicities such as Buddhists, Jain and Hindu are all found here. The Durga temples of Aihole are one of the best sculptures present there. 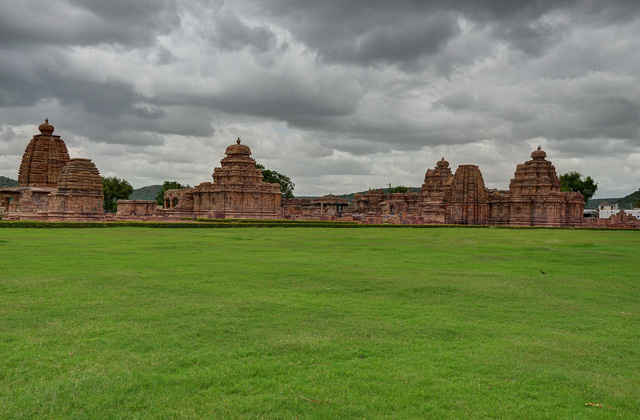 Rock climbing: Rock climbing is also one of the great attractions for the adventurous and enthusiastic tourists here. If you are not into ancient sculptures then this may just be the perfect option for you. The climbing routes here range from 5b to 8b+. This makes it the best rock climbing spots for beginners and pros as well. 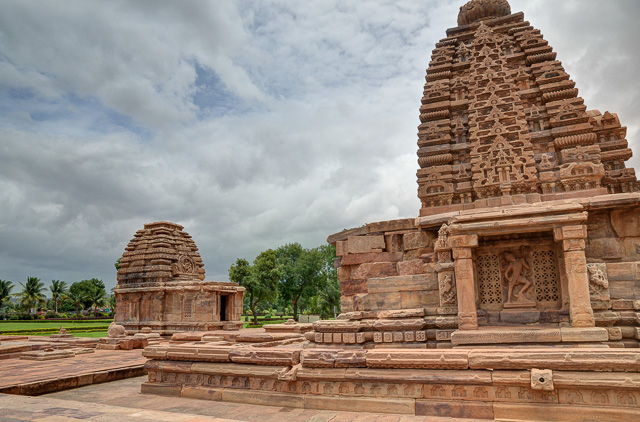 By air: One can opt for the nearest Belgaum Airport. From there you can opt for a taxi to your preferred destination.

By road: There are hundreds of private Bus facilities provided for the tours of these places. These buses may come with various packages that offer you to drop off at your specific hotels as well.

By train: The Bagalkot district has its own well-placed railway system that makes it easy for you to travel around. After reaching the desired station, you can choose to go to your preferred destination via cabs or Rickshaws. 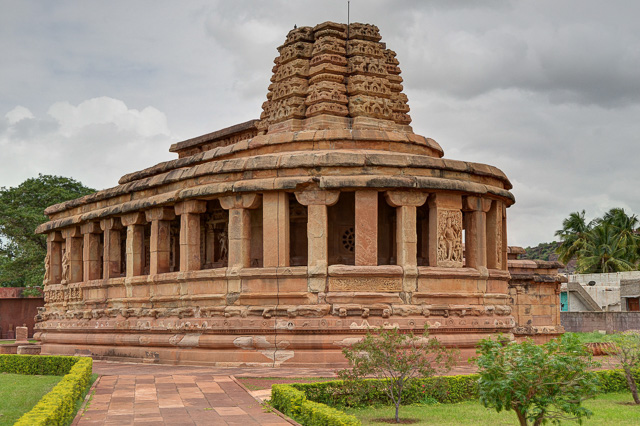 Badami has become a major tourist spot for foreigners. Keeping this in mind many hotels and motels have been set-up to provide the necessary facilities for tourists. One of the best ones is named below.

Hotel Badami Court: This is an exclusive hotel with features such as a swimming pool, poolside coffee, lush green ambiance, and many more facilities.