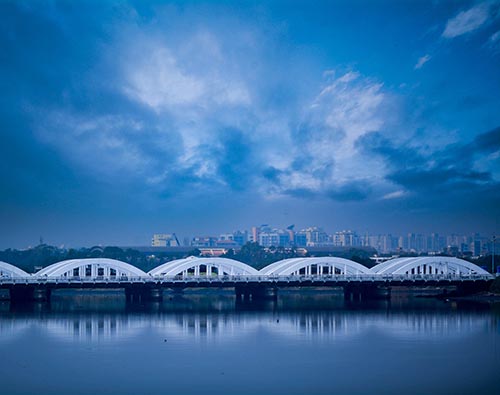 Chennai, once known as Madras, is Tamil Nadu's capital city. With beaches flanking its sides, the coastal city has a rich history of British colonization, the evidence of which can be seen in the city's numerous buildings with 19th century English architecture. Being a metropolitan and cosmopolitan city, Chennai has a transportation system that is well connected to major Indian cities and within itself.

Known as the cultural capital of South India, Chennai's jewel is its rich and varied culture that promotes all art forms. The various temples in the city amplify its heritage and historical importance. Chennai draws thousands of tourists every year, crowding the many tourist hotspots in the city. Some of the notable attractions include the vast Marina beach, iconic temples like Kapaleeshwar and Parthasarathy, Valluvar Kottam, and the National Art Gallery. With a blended culture and fascinating history that lives even today, Chennai is a city worth exploring.

Chennai was an important naval port during the British rule in India. After building the first British fortress in India, the fort St. George, the English established an exclusive right over the city. The fort helped the British ward off the attacks from the kingdom of Mysore and the French colonial forces. During their reign, the town was known as Madras, believed to have been derived from Madharasapattinam. Chennai city was known as Madras for a long time until the government of India decided to change the name to Chennai, officially. 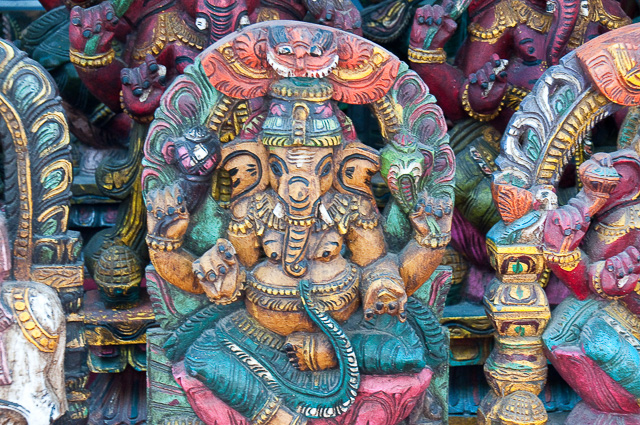 Art forms of any kind have always flourished in Chennai. Carnatic music and classical Indian dance forms, especially Bharatanatyam, are an integral part of the city's culture. Every day, one can find at least one Carnatic music kacheri and dance recital at the temples or auditoriums in the city. Margazhi season, mid-December to mid-January, is a peak time for witnessing the beauty of Indian classical art forms. However, being a metro city, Chennai also indulges in and encourages western and modern art forms. With a seamless blend of classical and modern arts, Chennai's culture is rich with music, dance, art, and crafts without distinction or discrimination. 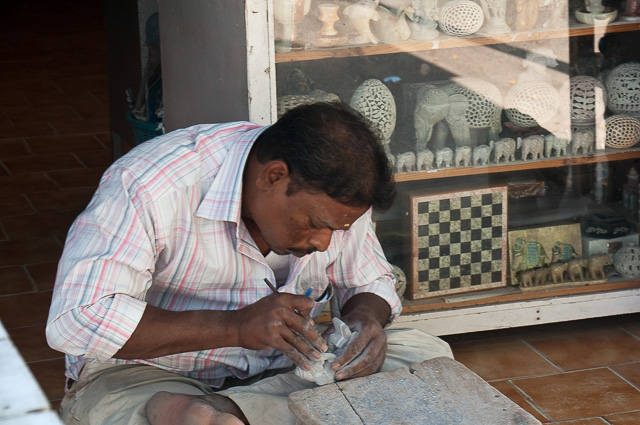 Marina Beach: A tour of Chennai city is incomplete without visiting Marina Beach, one of the most popular tourist magnets in the city. The best time to visit the beach is early in the morning and evening to witness sunrise snd sunset.

Kapaleeshwar Temple: Kapaleeshwar Temple is one of Chennai's most iconic temples situated in Mylapur, a neighbourhood older than colonial Madras. Dedicated to Lord Shiva and his consort Parvati, the temple combines architectural elements of several Tamil Nadu temples.

National Art Gallery: Housing several paintings from the 17th and 18th centuries, the National Art Gallery is one of the most famous historic spots that tourists never miss out on visiting. With beautiful architecture, the Gallery will have you filling your camera with pictures.

Valluvar Kottam: Valluvar Kottam honors the celebrated Tamil Poet Thiruvalluvar with 1330 couplets of his classic work Thirukural inscribed on granite tablets in the auditorium. The memorial is home to a 31-m high stone replica of the largest temple chariot in Tamil Nadu.

San Thome Cathedral: San Thome Cathedral was built in the 16th century by the Portuguese as a minor basilica before the British rebuilt it in 1893, giving it the status of a cathedral. With a neo-gothic architecture, the church is an important pilgrimage center for Indian Christians.

St. Mary's Church: The yellow-washed St. Mary's Church is the oldest-surviving British-build church in India and was the first English church in Madras. Finished in 1680, the colonial structure is one of the major tourist hubs in the city.

Parthasarathy Temple: Located in Triplicane, the Parthasarathy Temple is one of the few temples that any Chennai tour must include. Dedicated to Lord Krishna, who was Arjuna's charioteer during the Mahabharata war, the 8th-century temple has intricate carvings. 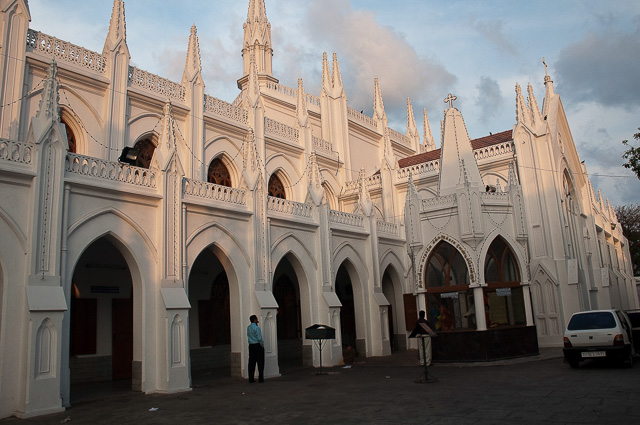 Mahabalipuram: Mahabalipuram, once a bustling and famous port city, is now a popular destination for one-day road trips and picnic. The group of monuments in the city is deemed as UNESCO Heritage Site. The 6th-century rock-cut temples, along with the fascinating history and photogenic landscapes, attract several tourists and Chennai residents alike.

Kanchipuram: This ancient Tamil Nadu city was once the capital of the Pallava Dynasty and was also known as the learning center for Tamil and Sanskrit scholars. With the renowned and impressive Kailasanatha temple adorning the city, Kanchipuram or Kanchi is known as the religious capital of the south.

Pongal Festival:Chennai city is a sight to see during the Pongal celebration. With beautiful kolams, swings, and cooking Pongal the traditional way, South India's most popular harvest festival falls on January 14th. Lasting for four days, people burn old clothes and materials, boil milk, and revere the cows and buffalo to celebrate the festival.

Chennai Dance & Music Festival: Partake in one of many cultural fests in the city-- the Chennai Dane & Music Festival-- a celebration of South Indian dance forms and music that draws thousands every year. Attending South India's popular festival is a must when visiting the city during the Margazhi season from mid-December to Mid-January.

Chennai Walking tours: From exploring the temples, British buildings, and beaches in Chennai city to walking around Mahabalipuram, you have several walking tours to choose from when visitingnammaChennai. During a walking tour, you get the opportunity to see some of the oldest parts and buildings of the city and have the quintessential filter coffee.

Chennai is home to several hotels that are suitable for both business and leisure trips. Sea-facing Leela Palace Chennai gives you the royal Chettinad experience; while surrounded by foliage ITC Grand Chola offers luxurious Indian grace. Chennai's landmark Taj Coromandel gives you connectivity to the city and Hyatt Regency Chennai is the definition of cosmopolitan glamour.