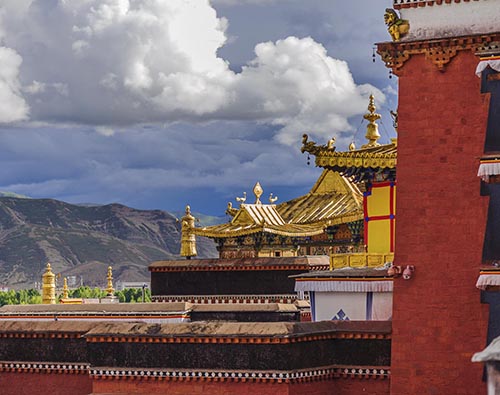 Dharamshala, the northern Indian town, is a paradise revealing the true beauty of nature. Located on a spur of the Dhauladhar range in the Himalayas foothills, this buzzing city of 30,000 people is a bridge between worlds. Dharamshala India attracts a diverse variety of people from all over the world who come to explore, enjoy, and know more about Tibetian culture.

Dharamshala India has been a part of Kangra's Koch Dynasty for decades. But with the arrival of British Rule in India, Dharamshala became a part of Punjab's province. The Gurkhas restored the city when it was destroyed in 1905, and the Bhagsunag Temple became the Heritage of the 1st Gurkha Rifles in Dharamshala India. 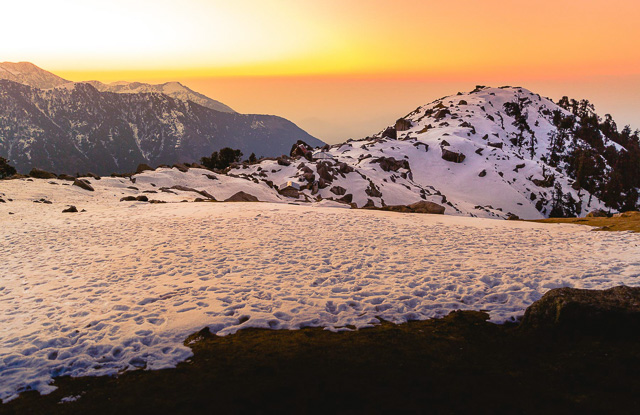 Triund Hill: Triund Hill is also known as the Crown Jewel of Dharamshala. It is located in the middle of the Dharamshala mountains providing you a spectacular view to capture nature. This place is also one of the most famous trekking spots in India, attracting large numbers of people.

Gyuto Monastery: Gyuto Monastery is located at Sidhbari at a distance of 8 km from Dharamshala. It was established in 1474 by Jestun Kunga Dhondup. It is one of the most prominent monasteries providing specialization in Tantric meditation, Tantric ritual arts, and Buddhist philosophy. This monastery is also the center of Tibetan Kagyu Buddhism. The monastery's main hall is called TCV High, which has the magnificent Buddha statue.

Namgyal Monastery: The Namgyal Monastery was established in the 16th century, located next to Potala Palace. It is famous because of its monks who have supported the Dalai Lama in his religious affairs. Namgyal Monastery conducts annual prayers every year for the welfare of Tibet and its people. Namgyal Monastery has played a very integral role in establishing Buddhism in Tibet. The serenity created by this monastery inclines every visitor to know more about the Buddhist culture.

Bhagsu Waterfall: Bhagsunag Waterfall is one of the most famous tourist spots in Mcleodganj. It is located in the small village of Bhagsu. The devotees also visit this place because of the presence of a nearby temple which is dedicated to Lord Shiva. The Shiva cafe is quite popular in this area as it takes you to the panoramic view of the whole Bhagsu valley.

Bhagsunath Temple: Bhagsunath Temple is just at a distance of 3 km from Mcleodganj. It was founded by King Bhagsu after obtaining forgiveness from Nag Devta. The temple is highly esteemed by the Hindus and the Gorkha. During September, an annual fair is held in the temple, which gathers a large crowd. The principal attractions around this holy shrine are the Dal River, Kotwali Bazaar, and Bhagsu Fall.

Indru Nag Temple: Indru Nag temple is situated near a small village named Chohla town. Indru Nag is an ancient temple dedicated to Lord Shiva. The temple is located at the top hill and can get a clear view of the ranges of Dharamshala. Indru Nag is also famous for Paragliding. At the top of the hill, there is a small plateau that is used by paragliders as a starting walk for a 15-20 minute run.

Mcleodganj: Mcleodganj is also known as Little Lhasa and is home to Tibetan spiritual leader Dalai Lama. Mcleodganj is a beautiful town situated near the upper Dharamshala. This place is nested with greenery and is culturally blessed by prominent Tibetan presence. It has one of the most mesmerizing landscapes and a scenic lake, considered to be the most prominent picnic spot of Mcleodganj. 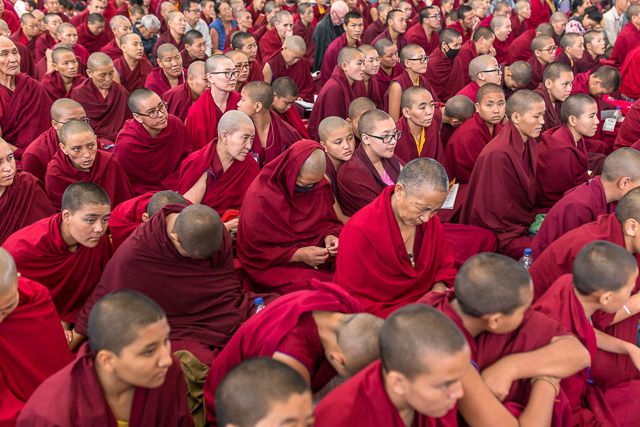 Tea Gardens: Visiting the tea gardens in the Dharamshala tour offers you natural greenery. The tea garden is said to be the foothills of Dharamshala. It is spread over acres of land and is a beautiful natural place offering you the time to soak the peaceful surroundings. You will see some beautiful birds as you pass through the narrow paths of the tea garden.

Trekking: There are a variety of trekking options in a Dharamshala tour allowing you to explore the Himachal even more closely and more precisely. Generally, the treks range from 2000 m to 4000 m of altitude with climbs and descents that run through the low mountains and let you witness small beautiful villages of Himachal Pradesh.FoodDharamshala is famous for its delicious Madra. The dish is made with chickpeas and vegetables. Well cooked in the oil and with the combination variety of spices, this dish tastes winters. If you are planning a Dharamshala tour, give this dish a try. You find this dish everywhere, from big restaurants to small food joints.ShoppingKotwali Bazaar is one of the most prominent shopping spots in Dharamshala. The market is filled with shops selling beautiful shaws, sweaters, and other important necessities of daily life. All the items in this market are greatly influenced by Tibetian culture. Here you will also find some trendy products like ornaments pieces with beautiful crystals, colorful beads, and other items with intricate designs. 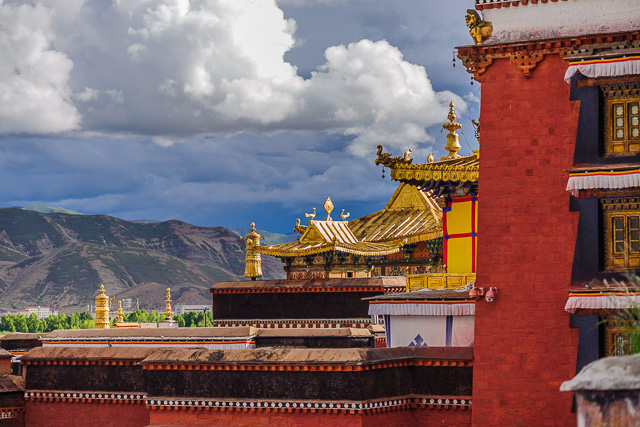 Dharamshala is the winter capital hill station. A trip to this beautiful place involves exploring the serene nature, seeking harmony in McLeodganj, and doing some hillside adventure.

We have listed the top two hotels for the Dharamshala tour, offering you all the services that you need.

Pavillion: The Pavillion is a mix of tradition and modern sophistication; it very well represents the Indian Spirit. The hotel offers a spacious and luminous room to cater to all your needs.