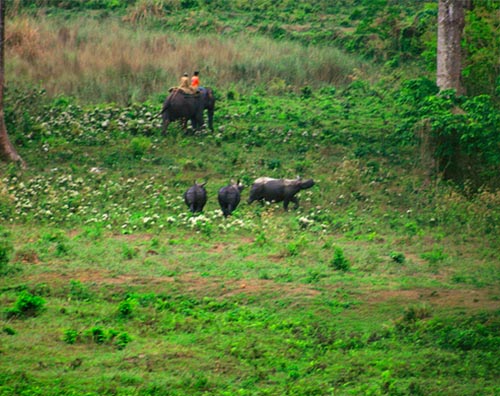 The Dooars which translates to doors lead you to the strip of alluvial floodplains which are 350km long and 30 km wide situated at the outer foothills of Eastern Himalayas. It begins from the Teesta river of West Bengal and stretches to the Dhansiri river in Assam. This area used to have a total of 18 passages from the Indian plains to the hills in Bhutan and thus the name Dooars. The western Dooars that stretch to the Sankosh river are famous for tourism. The lush green tea farms, dazzling river streams, and the beautiful Himalayan range add to the beauty of this destination. The area is blessed with many kinds of flora and fauna along with many sanctuaries and reserves for them. Manas National park, Mahananda wildlife sanctuary, Gorumara National park, Jaldapara wildlife sanctuary, the Buxa Tiger reserve, and the Chapramari wildlife park are some of the reserves that house a large variety of wildlife and nature's beauty. Hundreds of mammals, birds, reptiles, and other creatures can be found in many of these reserves. The world-famous Asiatic One-horned Rhino is also an exhilarating sight. Additionally, you have the privilege to enjoy the wilderness of nature in its true form in the large National parks in your safaris. Hundreds of bird species can be spotted in these parks, so if you are a bird watcher, this is an abode for you.

How to reach:4.5 hours drive from Bagdogra airport

The flora and fauna:

With so many wildlife reserves in the area, it is pretty obvious that the region is a paradise to the biodiversity of animals, birds, and the many species of plants and herbs. But sadly, many species of animals such as Elephants, Rhinoceros, and Tigers have become an endangered species due to illegal poaching and other human practices. Although, the government has initiated a few schemes to stop the illegal heinous activities and save these animals.

The Jaldapara National park is famous for its one-horned rhinos after Kaziranga National park. It also houses many other animals such as deers, bison, and a great variety of birds and reptiles can also be found here. The Neora Valley National park is also one of the best reserves to visit in the area as it houses one of the most endangered species, the little Red Panda, known for its cute little iron-red colored body and the bushy ringed tail. The orchids and the butterflies hovering over them add to the beauty of the reserve. 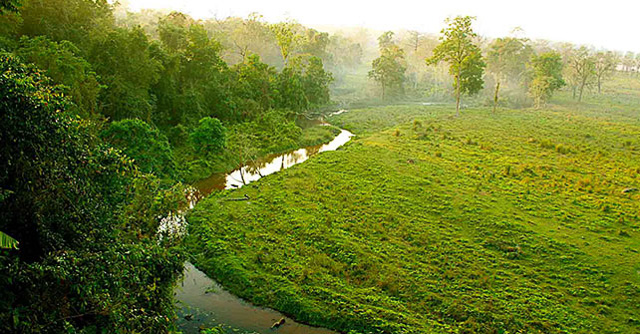 The tea plantations can be found all around the area which attracts many beautiful species of butterflies. Many small villages around the area are also covered in beauty. Villages like Dalgon are always covered with beautiful flowers and step farms whereas another village, Suntalekhola has a large plantation of Orange and Cardamom. Such villages with diverse plantations just increase the beauty of the area.

The best way to enjoy these Dooars would be in a Jeep Safari or an Elephant Safari.

Buxa Tiger Reserve:The largest forest in North Bengal, covering an area of 745 sq. km, and situated at the Assam- Bhutan border, the Buxa Tiger reserve is a place worth visiting. The park holds a large number of mammals such as the Indian Bison, many species of Deers, Elephants, Leopards, and many other mammals. Innumerable species of birds and reptiles also roam around the reserve.

Apart from wildlife, Buxa Tiger reserve is also very rich in terms of fauna. A great and one of its kind collection of Rare orchids can be found in the reserve. Sighting of Elephants is very common in the reserve, whereas the Tigers are a bit elusive.

Chapramari:The Chapramari is a wildlife sanctuary in the western part of the Dooars. It is also a continuation of the vast and well known Gorumara National park. Murti river divides these two forests where the Chapramari lies on the North-East part of the river. The river attracts various mammals and other animals. Elephants and Indian Bison are commonly sighted in parts of this sanctuary. 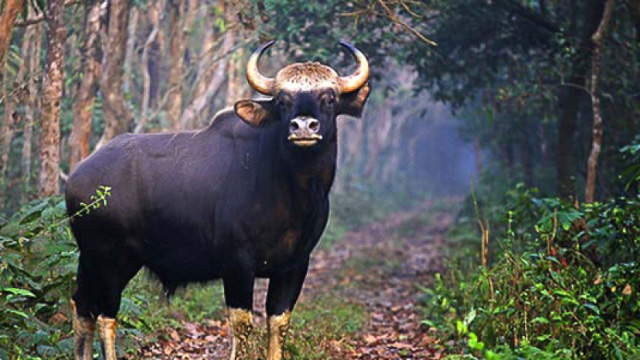 Gorumara National Park:The Gorumara National park is located on the flood plains of two rivers, Murti and Jaldhaka. This is one of the primary reasons for its vast biodiversity and varieties of wildlife. Gorumara is mainly famous for its one-horned rhinos, along with many other animals. Covering an area of 80 sq. Km the area was declared as a reserve in 1994, and since then it has been home to a large part of wildlife in the area. Many animals such as Elephants, Indian Bison, Rock Python, Leopards, Malayan Giant Squirrel, and many other animals are a common sight at the reserve. 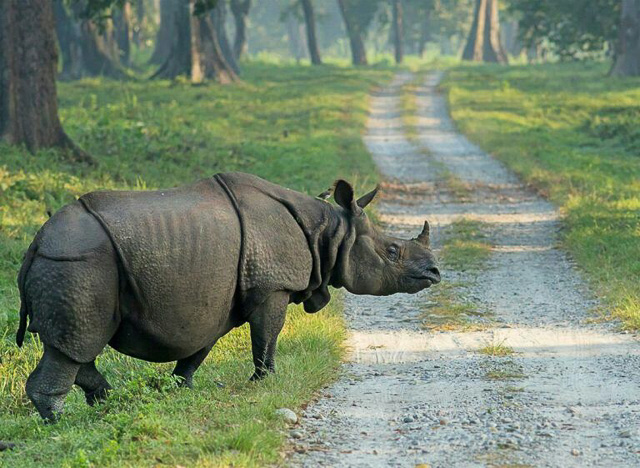