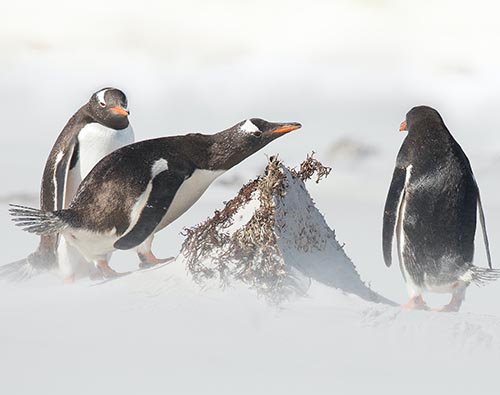 The Falkland Islands are a large group of islands near the Antarctic Mainland. They are famous for their penguin, seal, and albatross populations. The density of the wildlife here astonishes anyone on a Falklands travel. Also known as Islas Malvinas in Argentina, Falkland Islands consists of about 700 small islands and two main islands called the East Falkland and West Falkland.

The capital of Falkland Islands, Stanley, is an old-time port town with a population of 2100 inhabitants. English explorers and whalers used to stop here before going further south. There is a striking whalebone arch still standing, tribute to this history.

A Falklands cruise can show you that the islands are teeming with life; seabirds, five different species of penguins, whales, walruses, and seals can be seen cohabiting. Considered a gateway to the farther south, the Falkland Islands are every birdwatcher’s paradise. With penguins, black-browed albatross, petrels, different kinds of steamer ducks, the indigenous pipit, and many more, the avian population, indigenous as well as visitors, are a delightful sight.

Going to Falkland can be planned according to what site you want to see. Getting it is possible only by plane from the southern coast of Argentina. Mount Pleasant Airport in East Falkland or the Port Stanley Airport is where you start your Falklands travel.

How to Get There: Fly to Port Stanley Airport (PSY)

What to See: The thriving avian population, historical places, old whaling stations, huge gathering of the penguins, seals, and other birds.

Historic Dockyard Museum: Take a walk down the memory lane of this southern land at this museum. Located in Stanley, it contains many social and maritime exhibits; start your Falklands travel giving a peek into the past and present.

Volunteer Point: This is the best place to get a sumptuous wildlife watch. Located just two hours away from Stanely, they are famous for their king penguin, Gentoo, and Magellanic penguin sightings.

Christ Church Cathedral and Whalebone Arch: This is the southernmost Anglican cathedral where you can find a stunning Whalebone Arch. It is made of the jaws of two massive blue whales. Visit this church during your Falklands travel to know more about the life and culture of the Falkland Islands. 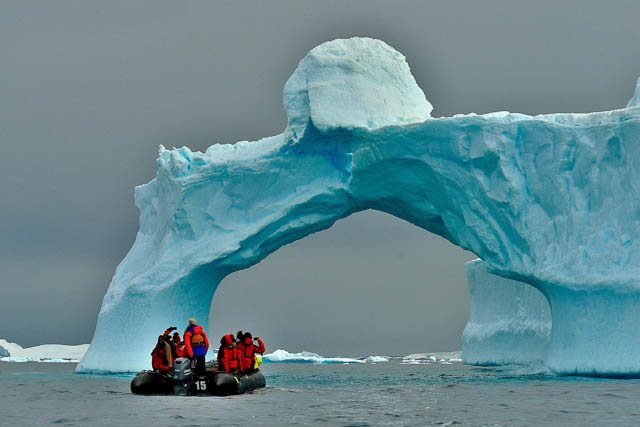 Stanley: The capital city of Falkland Islands, Stanely, is also the center of the human population in the islands. A picturesque harbor and historically filled small town, Stanley is a perfect place to start your Falklands cruise.

Chartres River: This is a famous tourist spot as people throng to see one of the most pristine rivers around. It is known for its consistency, deep runs, and pools. Fishing and boating are fun activities to do here.

Kidney Island: This is, in short, a bird watchers paradise. It got its name from the shape of the island, which resembles a kidney. It is a National Nature Reserve, and according to Birdlife International, an Important Bird Area. Catch a glimpse on your Falkland cruise, the thousands of shearwaters returning to their nests when dusk falls.

The Falkland Islands are known for teeming with wildlife and natural activity. One can find so many different species of animals and birds on a Falkland cruise.

About 75% of the total population of this species can be found in the Falkland Islands. Its enormous wings allow it to glide smoothly, making it a sight to behold.

These giant birds can be seen flying close to Stanley. They are dwindling in number due to many factors. Check out the largest colony in Elephant Cays. 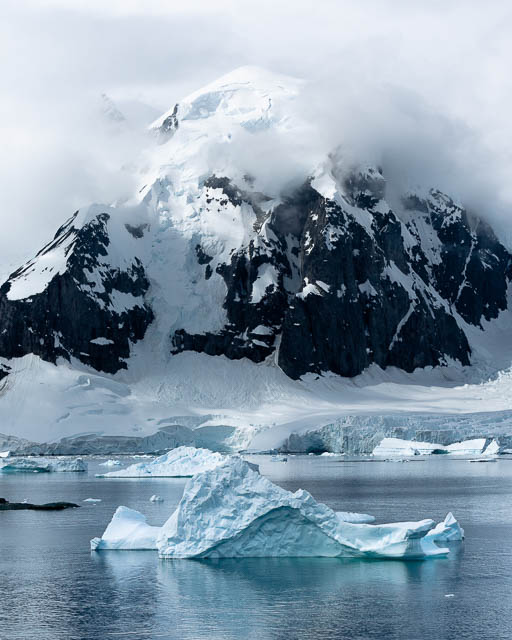 These are one among the varied species of duck population found in Falkland islands; they are also the most populous. However, the similar appearances of most of the species make it hard to spot.

These black and white birds can be seen forming dense colonies on gentle cliff tops in over 100 sites around the Falkland Islands. Find them from a crowd of rockhopper penguins and black-browed albatross.

Seals and sea lions can be found in many locations on the Falkland Islands. Look out for rocky beaches and boulders during your Falklands cruise to spot large groups of them lazing around. There are different types of seals like Elephant seal, Fur seal, and Leopard seal.

Dolphins are also commonly sighted in the Falkland travels, although they have not been studied in detail. You can find species like Commerson's Dolphin, Peale's Dolphin, Spectacled Porpoise, Dusky Dolphin, Southern Right Whale Dolphin, Bottlenose Dolphin, and the famed Hourglass Dolphin. 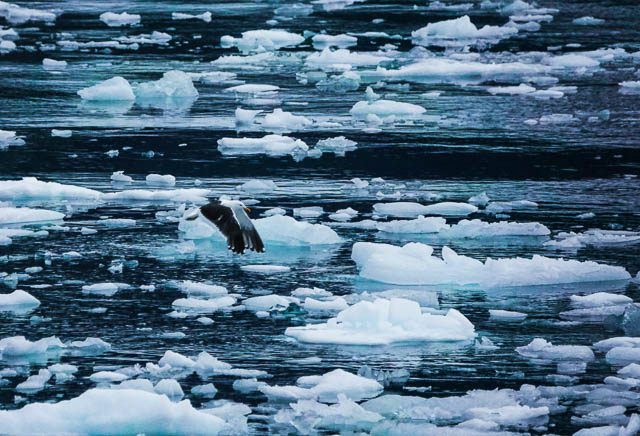