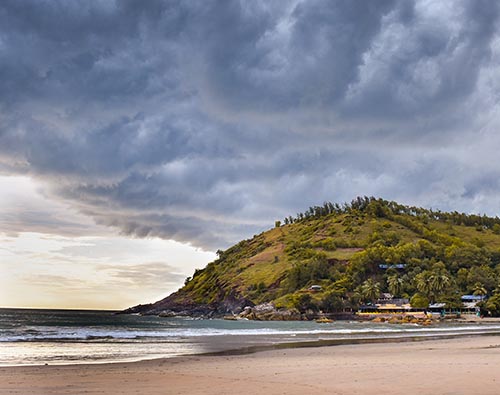 Gokarna is a beautiful town with its mythological significance. It is located in the Uttara Kannada district of Karnataka. The word Gokarna can be broken into two parts- Gau and Karn, which means cow's ear. It is a belief here that Lord Shiva emerged in this place from mother earth in the form of a cow. Along with this belief, the city has a plethora of ancient temples. Mahabaleshwar is one of the oldest temples here. This temple has a shrine of Lord Shiva. This town is about 483 Km from Bengaluru, 59 Km from Karwar, and 238 Km from Mangalore.

This town is a popular site of attractions for travelers and foreigners because of its beach, waterfalls, and pilgrimage sites. This town is located around the sacred river Aghanashini. Gokarna India is the major site of attraction for tourists because of its beaches, which are also a perfect site of watersport activities, such as surfing, parasailing, jet-skiing, and snorkeling. It is just 140 Km away from Goa, but nowadays it is in the spotlight as a good holiday destination because of less crowded beaches. There are a total of five beaches in Gokarna, and each of them will be a pleasure to your eyes. These five beaches are Om beach, Paradise beach, Kudle Beach, Half-Moon beach, and Gokarna beach. Among these five, the Gokarna beach has its significance, as all pilgrims head there with religious and spiritual reasons. Along with all these legacies, Gokarna is also a famous hub for yoga. You can find several retreats and classes for yoga in the whole town.

Famous for: Beaches and Pristine water

Gokarna has a history of its name, as you have already read above that this name is derived from ’Gau’ means cow and 'Karna' which means ear. The reason for such a name has a connection to both mythology and geography of this place. According to one story, the place is at the confluence of the Gangavathi and the Aghanashini rivers, and it forms the shape of a cow's ear. The other is more interesting and based on mythology. This story says that Shiva was sent by Brahma to Patal Lok( under the earth). Later, he emerged from the earth out of a cow's ear. That is why the place is known for temple town and attraction for pilgrims.

The story goes back to when Ravana was able to impress Lord Shiva with his strong penance. Shiva gave the Athmalingam to Ravana because of his dedication, but the other gods were in a fear that if Ravana got the Athmalingam, he would become powerful and destroy the world. The Gods went to Lord Ganesh to do something. On the other hand, Shiva gave the reward to Ravana with a condition that the lingam would be fixed, wherever he placed it.

Ravana was very punctual in performing his periodical rites (Sandyavandhana). He didn’t want to delay that. On his way back, he reached Gokarna, where he found Lord Ganesh in the outfit of a Brahmin boy. He asked him to hold the lingam until he was done with the rites. When he was performing the rites, Lord Ganesh called him thrice and placed the Linga on the earth and vanished.

When Ravana came, he tried to pull it out but it was attached firmly. He scratched some part of the linga and threw them in different directions. Other temples were built in the spots. 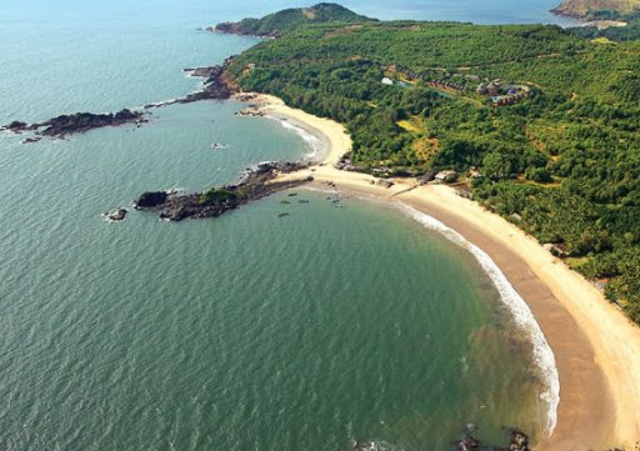 Gokarna Indiais famous for its natural beaches. These are perfect for party- makers, and tourism as well.

Gokarna beach-Gokarna beach is the only beach in Gokarna which is famous among most pilgrims. Along with the temples, also head to visit Gokarna beach. This beach forms the coast of the town. Along with Gokarna beach, there are four more beaches, where tourists love to go.

Om beach- The beach gets its name because of its shape. It resembles the Om symbol. Here you can find places to eat, shop, and hotels.

Paradise beach- It is a less crowded beach among all other beaches. You can trek your way or go for a boat ride also.

Half-Moon beach - This beach also gets this name due to its crescent shape. It is just a 20 min walk away from Om beach.

Kudle beach- It is also a famous beach in Gokarna. To reach here, you need to trek a bit. This beach is sandy and rocky as well. 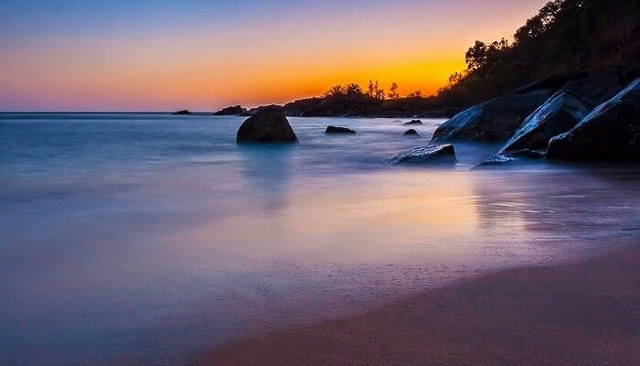 This fort is famous for its architectural elegance. It is just 21 km from Gokarna. It is believed that this fort was a site of many battles in the 16th and 17th centuries. It is covered with grass and overgrowth, which gives it a look of a fairy tale castle. This fort has remarkable canals, secret passageways, moats, and many other things.

Yoga is taught in many centers in India. Most commonly it is practiced in Varanasi, Rishikesh, and Goa. However, nowadays Gokarna is also growing in the field of yoga. You can find many yoga classes and retreat around the town. In Gokarna, many resorts offer you yoga classes in a natural environment. 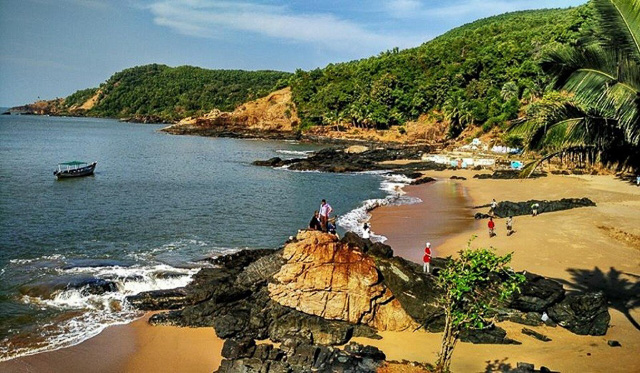 Being one of the tourist attractions, you can find the best Luxury stays near Gokarna beach. Many resorts offer yoga classes. People love these yoga retreats for health and fitness.

Swaswara:It is located near the Om beach and famous for its wellness and yoga classes. It is a cottage with a swimming pool and a meditation hall.

Kahani Paradise: You can also choose Kahani Paradise. They provide you with well-managed services, a seasonal swimming pool, and a peaceful environment. 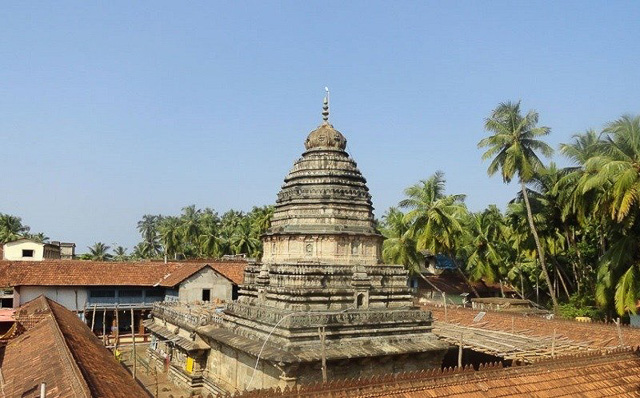