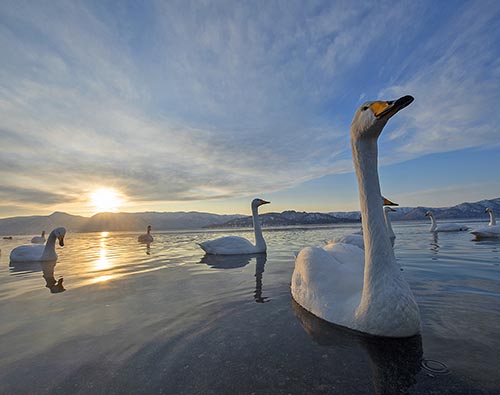 Japan becomes heaven all through the winter for wildlife lovers and photographers. Thus the prime focus of this Japan's tour is its wildlife.

The tour begins with watching the dancing cranes in Hokkaido. The next stop is the volcanic lands of Shiretoko National Park, where the tourists get to see the Japanese Swans on the Caldera lakes. One can then see Whooper Swans at lake Kushiro. However, furthermore, in Hokkaido, famous for the Japanese red-crowned crane, the guests can take cruises from both Rausu and Abashiri. Here, the gigantic Steller’s sea eagle vie for fish with white-tails eagles and the fishermen. The tourists, if lucky, shall also see the Blakiston’s fish owl, the world's largest owl.

The wildlife of Japan during the winter season is idyllic in all the senses of beauty.

How to reach: Most places are within 1-4 hours drive from Kushiro 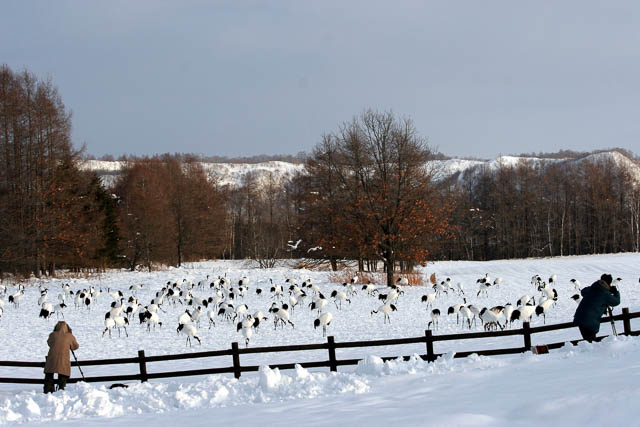 Wildlife to See in Hokkaido

Sika deer appear all over Hokkaido from time to time. Ongoing increment of Yezo Deer causes different harms by them. People routinely come across wild deer while they drive through the forests and mountains. When driving in Hokkaido, stay attentive, and drive carefully.

Like deer, foxes frequently run into the street in Hokkaido, so it is not impossible to see them even on the edges of Sapporo. However, sighting them is more common in natural mountainous areas. Ezo red foxes have comfortable and beguiling winter coats. It is not advisable to go near them as there are chances of infection from the echinococcosis parasite. One can also see Ezo red foxes in the "Ezo Red Fox Farm."

The red-crowned crane is the largest bird species of Japan. They can appear small at first glance, but they measure 2.4 meters with their wings spread. Japan is the only place in the world that breeds red-crowned cranes, and so it protects it all over the nation preciously. The cranes live in Hokkaido all year; their habitat is the Kushiro Marsh region.

Blakiston’s Fish OwlBlakiston's fish owls are the biggest owls of earth, and a risky species. Now only 140, they were hailed as the "town watchman spirits" by indigenous Hokkaido people, Ainu. The "Washi no Yado" guest house is a popular place to look for these owls. The guest house serves a protective and enlightening limit, dealing with the owls, setting up non-hazardous lighting, and offering "seeing security."Guests can view and photograph owls without remaining. The guest house works by reservations, so the guest needs to call before going. 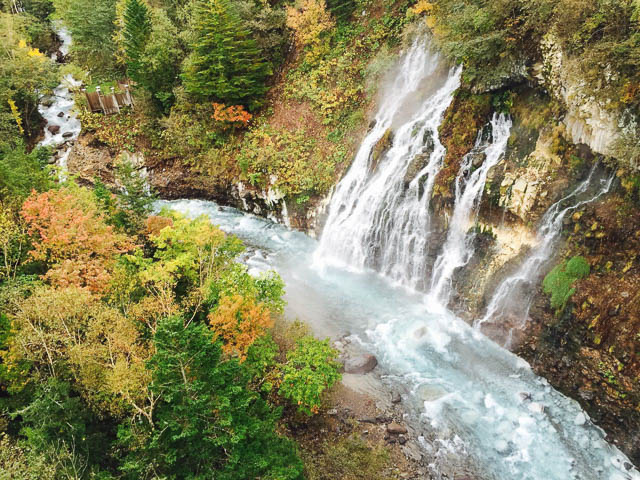 A UNESCO World Heritage Site, Shiretoko Peninsula has faultless nature and abundant seas. One can watch orcas, dolphins, and sperm whales in the Nemuro Strait of Shiretoko and the Rausu sea. The advice is to book a cruise to get a better view of the orcas. Orcas sometimes jump right about the ship out of curiosity. Even in summer, Shiretoko temperatures don't rise above 20â„ƒ (68°F), so the chances are that the visitor is going to find it extremely cold in the open sea.

Lake Tofutsu in Abashiri City goes up along the Doto Sea of Okhotsk coast. It is moreover a wetland under the registration of the Ramsar Convention. The Tofutsu Lake region is a visit point for transient winged creatures, the stand out among them is the Japanese Swan. Swans visit during the months of October to April. The "Tofutsu-ko Waterfowl and Wetland Center" has shows on Tofutsu Lake domain nature, history, and culture.

The Steller's sea eagles live in the northern Eurasian projection and move near to the Sea of Okhotsk and Nemuro Strait during winter. Japan protects it nationally since it is an endangered species. One can see many Steller's sea eagles when they come searching for fish among Rausu, Nemuro Strait coast. Thus various locals and foreign picture takers and tourists visit to see these birds.

One can see Brown Bear along roadways in the profound mountains. Sometimes they come up to residential areas as well. The tourists often try to approach brown bears, which is dangerous because they are perilous. It is advisable not to run on seeing a bear as it may begin to chase. Different spots where one can see bears are the "Noribetsu Bear Park" and "Showa-Shinzan Bear Farm." 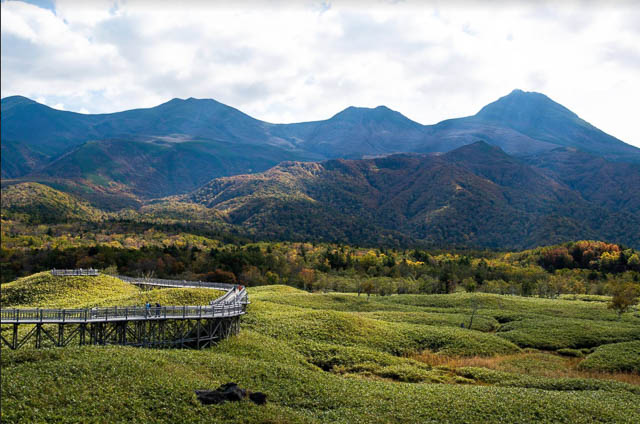 The Tancho cranes live in the Kushiro Marsh in eastern Hokkaido. One can watch them easily as numerous cranes accumulate for feeding in this area during winter. The Tsurui-Ito Tancho Sanctuary found near the center of the town is a well-known spot for watching Tancho Cranes. The birds are dazzling; seeing their pictures is nothing, in contrast, to look at them with one's own eyes.

Lake Kussharo is the sixth biggest lake in Japan. It has a mesmerizing cobalt blue color. One can have the pleasure of watching out at Omiwatari (natural ice patterns). The Japanese swans migrate here; during the winter, thus the tourists can see numerous beautiful swans.

The Kajikasawa Waterfall in Shiraoi-cho freezes in the winter and turns into an icefall. The effect of the cascade is overwhelming for the viewer. It is enthralling to look at its blue tones and its sheer and dreamlike excellence, which man can never accomplish. The advice is to visit the waterfall as a part of a travel group. 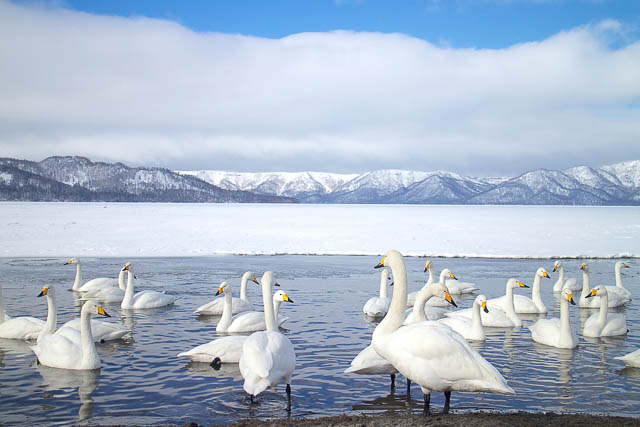 The location of the waterfall is the hot spring town, Biei, in Shirogane Onsen. There is a breathtaking world inside the waterfall visible during the winter season due to the illumination. When it combines with the white waterfall and hoarfrost, it becomes one of the best sceneries that one can ever see.

A trip to Japan cannot be over without birdwatching and drift ice cruise during winter. One can take the drift ice cruise from January to April and see the Steller's sea eagles and white-tailed eagles. Since there will be around 700 of these birds, there are 90% chances of spotting them. During summer, one can spot petrel, whales, dolphins in Japan. The cruise lets the guests relish a close view of the sperm whales sprinkling water and flipping their tails, as well as dolphins, and orcas. Take an excursion to see the wildlife on the skim ice, for instance, seals and seabirds.

Have the pleasure of seeing the whales in the Nemuro Strait between the Shiretoko Peninsula and Kunashir Island in the Kuril Islands. The waves on the strait are peaceful, and its shape is like that of a bay. The time of Spring is specifically excellent because the Nemuro Strait is flooding with orcas.