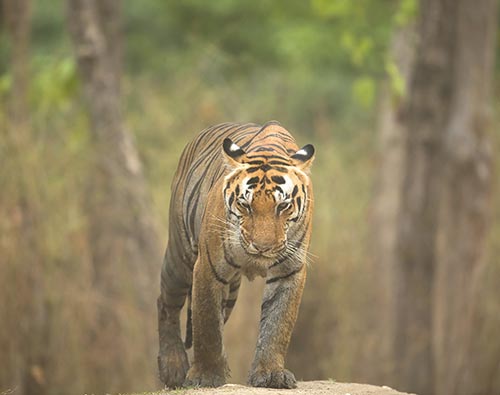 The Kanha Tiger Reserve should be a top contender on your list of wildlife adventures. Packed with tall-reaching trees, colorful birds flying and nesting, the sunlight pouring in through a canopy of trees, multiple streams finding their way, rolling meadows, and diverse wildlife- this Park truly is the prime Tigerland. While the Barasingha, an endangered deer, is bound to steal most of the spotlight, the other inhabitants of the Park, whether it be the predators, the prey, the birds or the reptiles, they're all part of a unique adventure. The Park led by an example when it used Science to its advantage, bettering the process of conservation management in India. A Project Tiger success story, the Park impresses anybody who visits it, by offering an unforgettable experience. If you visit once, you will visit again.

How to reach: 4.5 hours from Jabalpur airport

Kanha National Park is famous for its wide variety of wildlife and bird life. The abundance of animals and their herds can be observed from a great distance and there are 3600 visibilities. Volcanoes surrounding the area resulted in the formation of a ring of hills that form a barrier around the Kanha Tiger Reserve. The hills are dense with greenery and provide a beautiful backdrop for the Tiger Reserve. The two halves of Kanha- western and eastern, are rigged with the Banjar and Halon valley forests. The Narmada River, that has riled up quite a bit of controversy, flows through the Maikal hills, and the Banjar Valley gets frequently submerged by the heavy rains, which creates a fertile and rich soil.

A utopia for wildlife enthusiasts, Kanha National park offers more than just animal sightings. Apart from an exciting trip to the park, you also get to engage in birding. Kanha National Park boasts of Dabchicks, Lesser Adjutants, black Ibis, Egrets, White-necked storks, and Blackwinged Stilts, that flutter or frolicking around the water bodies and meandering streams of Kanha, that make up an indispensable part of its ecosystem. The streams cut their way through Kanha, Soph, Mukki, and Kisli. 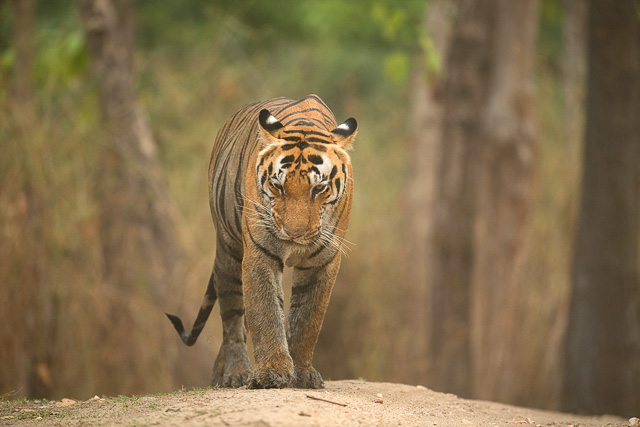 Tiger is the king of this forest and can be often spotted along the safari trails. A top tourist attraction at the Reserve is the Barasingha deer, as well as the chousingha that you can spot on a safari. TheBarasinghais adored by everybody who comes to the Park, especially when they find its antlers adorned with grass and leaves during the rutting season. Even though they camouflage themselves well, making it hard for the naked and untrained eye to spot them, sightings are very common and regular in the Reserve. Predatory birds like the Crested Hawk Eagle, Crested Honey-buzzard, Crested Serpent Eagle, Shikra and Kestrel can also be sighted flying high over Kanha National Park, making their nests on tall trees. 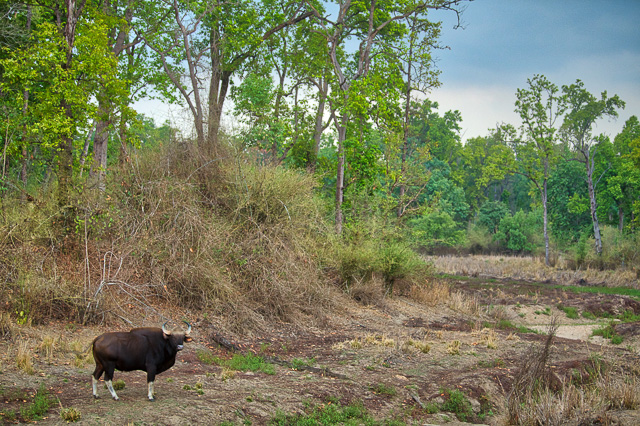 Occasional sightings of the leopard, sloth bear, jungle cats, wild dogs, mongoose are a bonus! It might be hard to spot the Barasingha, but it's much easier to spot the Jackals, who patrol in the open, looking for new prey. They hunt after observing the ground and making up their mind about the prey of the day. A bull gaur is safe from predators like these, because of their size and strength. Only the largest tiger would go in pursuit of a bull gaur. Other than that, Gaurs are mostly fond of the highlands and are a pretty common sighting as well, in the Mukki range. 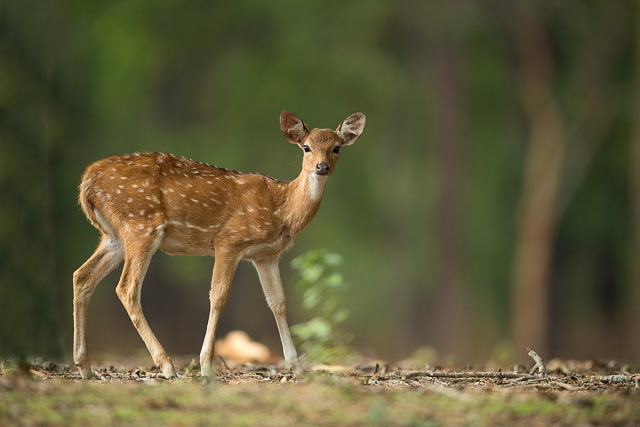 The wild boar is different from gaur, as it is preyed on frequently by both leopards and tigers, and is a common sighting as well. The Chital deer, on the other hand, does not leisure by itself. Rather, it is known to travel in herds that rank up to hundreds.

The rare ones that are spotted less frequently are the Nilgai and Chausingha or the four-horned antelope. Animals like the hyena, mouse deer or Chevrotain, Sambar, Barking deer or Muntjac, and porcupines are hard to spot. Even the pythons and cobras, despite having inhabited the Reserve in abundant numbers, are extremely stealthy and a rare sight. 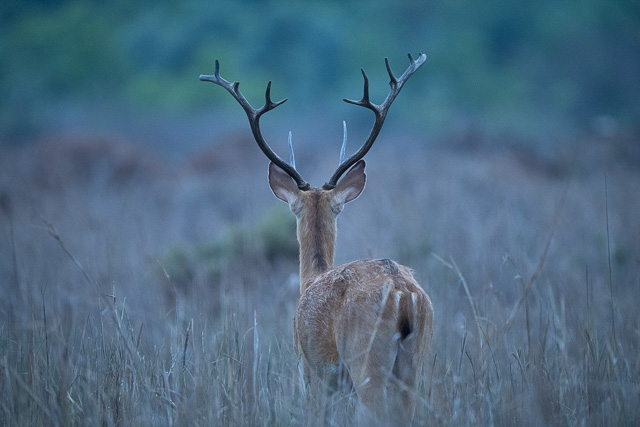 The park conducts safaris twice a day; one of them is from dawn to late morning and the other is from mid-afternoon until sunset. The best time for spotting animals is either after four in the afternoon or early morning. The park is closed for the monsoon season, from June 16 to September 30, and it's also closed on Wednesdays for the afternoon. 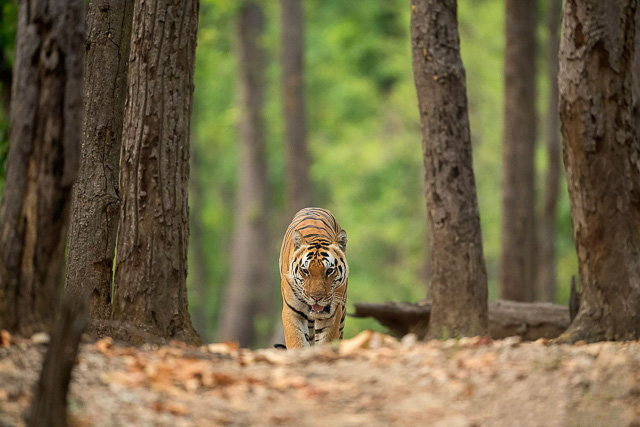 Zones of the park:

There's a buffer zone and the Khatia Hate acts as an entrance for the same. The Kisli Gate is a couple of kilometers ahead of the Khatia gate; it leads to the two core zones- Kanha and Kisli. In total, the park has four such core zones- Kanha, Kisli, Sarhi, and Mukki, out of which Kanha is the oldest. It was also the prime zone until policies were changed in 2016. Mukki was the second zone that got opened after Kanha and lies at the opposite end of the park. Sarhi and Kisli are recent additions from the past few years but have gained their popularity. The Kisli zone was birthed from the pre-existing Kanha zone itself.

Earlier, the tiger sightings used to be limited to the oldest Kanha zone. However, now these sightings have become a common occurrence in the entirety of the park. It's one of the main reasons why the Park doesn't need to have a premium zone. Khatia, Khapa, Garhi, Samnapur, Motinala, and Sijhora are the buffer zones of the Park.