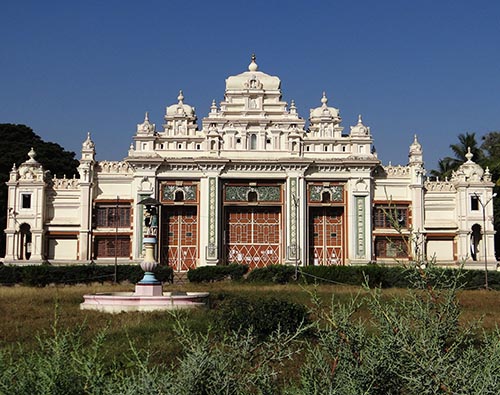 Mysore is a city known for its palaces, museums, gardens, and the scenic beauty it has to offer. Every year tourists are seen in Mysore only to experience the world-famous Dasara festival. The homeland to many actors, Mysore is a must-visit to witness places like Chamundi Hills, Brindavan Gardens, and more.

Mysore is also famous for its signature cuisine, particularly the Mysore rava dosa and Maddur Vada. For shopping enthusiasts, Mysore is one of the top shopping hubs in South India, famous for its exquisite Saree designs. It is the gateway to many famous national parks of South India like Kabini-Nagarhole, Bandipur, Mudumalai, BR Hills and Tholpetty. It is also the gateway to famous hill stations like Ooty and Coorg.

The expansive culture of Mysore, earlier known as Mysuru, is what attracts the tourists towards exploring the city. In the past, great patrons of art and music have ruled and established the city which is reflective to date in how things are around the area. It is well deserved to be the cultural center of Karnataka.

Mysore palace: Mysuru palace is a must-visit for anyone visiting the city as it is the second most visited sight in India after the Taj Mahal. The palace speaks of the grandeur of the Wodeyar Maharajas that once ruled the city. Everything about it is over the top with stained glass, mirrors and gaudy colors, embellished carved wooden doors, and more.

Chamundi hills: Situated nearby are also Chamundi hills which are the true picture of scenic beauty and one could endlessly spend their time there. Chamundeshwari temple in the Chamundi hills has to be added to your to-do list while you are in the hills. The half-day excursion will also offer you scenic views of the city that you won’t be able to witness from elsewhere.

Brindavan Gardens: Brindavan Gardens in Mysore have been the backdrop for many Bollywood movies so if you are taking a Mysore vacation anytime soon, this place might give you Déjà vu. It is best to see the gardens in the evening when the fountains are working and illuminated while the water dances to the tunes being played in the background.

Lalitha Mahal: The second-largest palace in Mysore is Lalitha Mahal located near Chamundi hills. The palace was completed in 1921 and is popular for the fact that the Viceroy of India was the exclusive guest for whom the palace was built. It is also one of the imposing structures of Mysore with resemblances from St. Paul’s Cathedral in London.

Jaganmohan palace: The stunning Jaganmohan palace is just to the west of Mysore palace and was initially built as an auditorium. It is set over three floors and is full of Indian paintings including works by Raja Ravi Verma and many rare musical instruments. For an art lover, it would be a sight to sore eyes. 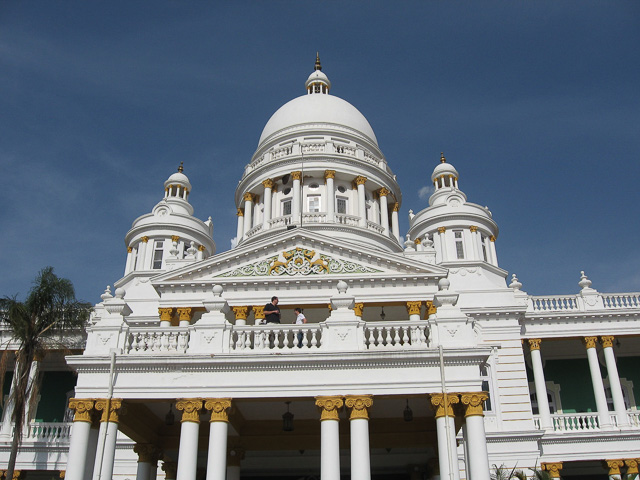 Srirangapatna: Srirangapatna has had a glorious history and is only 15 km away from the city of Mysore while being a part of a large royal corridor. Visitors tend to not miss this part of their Mysore yoga vacation owing to the existence of landmarks like Tipu Sultan Gumbaz and the riverside Ranganathaswamy temple.

BR Hills: BR Hills is a favoured scenic spot near Mysore, known for its dense forests and rugged terrain. They are the bridge where the western ghats meet the eastern ghats making the perfect habitat for tigers and elephants among other species. One location to not miss when visiting BR Hills is the Ranganatha temple, situated on the edge of a cliff.

Talakad: Talakad has a very rich and quirky history and if you are a curious person, then this town of temples buried under sand will surely attract you. It was once a thriving town but later enveloped by curse led to the state it is in today. The glorious architecture remains can be seen on the site of the Vaidyeshvara temple.

Blyakuppe: Known as the little Tibet of South India, Blyakuppe is a beautiful town 80 km away from Mysore and located near the lower foothills of Coorg. Tourists can interact with local people here and learn about their unique culture. Oriental elegant architecture can also be witnessed through various monasteries built in the region, one of the specific ones being the Namdroling monastery.

Melukote: Mysore yoga vacation can’t be complete without visiting the hilltop Yoga Narsimha temple in Melukote which is the most spiritual place in Mysore. The adjacent wildlife sanctuary is not to miss either, considering it is a major attraction for tourists every year to witness leopards, wolves, and multiple species of birds.

Nagarhole National Park: Nagarhole National Park is home to the exotic wildlife of the Mysore region, including tigers, elephants, leopards, and more. The wilderness of the National Park perfectly straddles Mysore and Coorg district while being around the Kabini river. It is a must-visit because of the scenic beauty and the ambiance of the park, which will truly mesmerize you throughout your Mysore vacation. 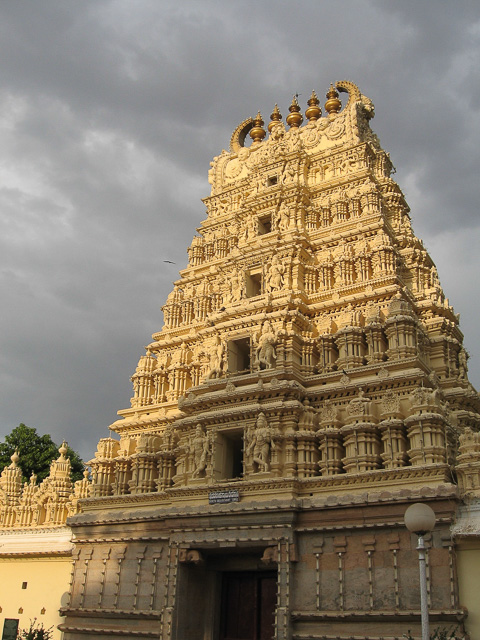 Dasara festival: The Dasara festival that attracts tourists from around the world every year isn’t just the festival of the city but rather the entire state of Karnataka. Popularly known as Navratri, it is a ten-day festival with the last day being Vijayadashami. It is symbolic of the victory of good over evil and to commemorate the day goddess Chamundeshwari killed Mahishasura. 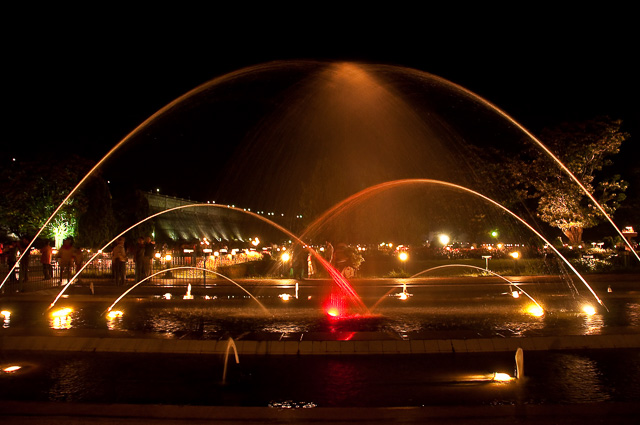 Mysore isn’t just known for its architecture but it's delicious food as well. Vegetarians usually love visiting the city because of the endless options they have here. Dishes like Idli, Vada, Dosa, etc. are profoundly available as they are the staples of southern India. Along with that, you can find some unique dishes as well, like Bonda, Khara Bath, and Kesari bath. All of them are served at most restaurants around Mysore and it won’t be very difficult to find them. North Indian delicacies like Poori are also popular surprisingly with an added touch of Mysore. The most exciting thing is that you can find endless varieties of dosas around the city. YourMysore to Ootyvacation can’t be complete if you haven’t tasted the delicious food available in Mysore.

By air: The nearest airport to Mysore is the new Bangalore airport which is also about 170 km away from the city. Since Bangalore is very well connected to the cities, one can drive down to Mysore and be there in close to three hours only. A bus or a taxi would work too here since both are easily available.

By road: If you are driving to Mysore from Bangalore, the Mysore road will be the best way to travel through. Ramnagaram and Mandya will be on your way while you will be driving via Kengeri. Kanakpura road is an alternative way to drive through after starting from Jayanagar.

By train: The railway station in Mysore is very close by and only two km away from the main city. It is best to go by train as Mysore is also very well connected to all the regions around and the rest of the country. Express trains are available running between Mysore and Bangalore while other trains can be found that commute from the rest of the cities. 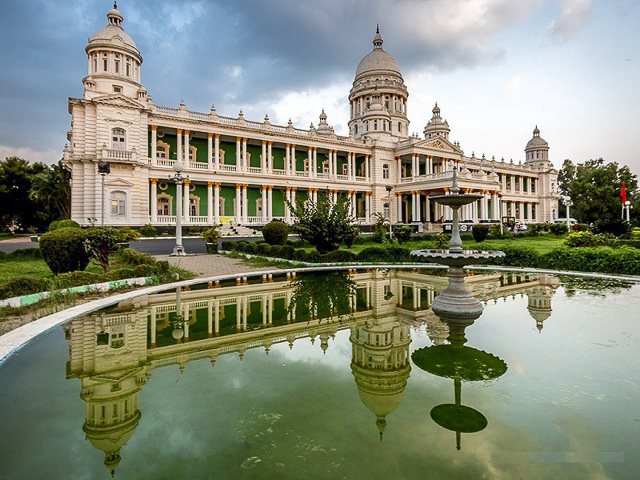 Mysore has many palaces which have been now converted to hotels along with most of them having beautiful views which will enhance your experience in the city. You will be able to find hotels or resorts depending on your location choice, whether you wish to stay close to the city or on the outskirts.

Fortune JP Palace: Known for its deluxe luxury and club rooms, Fortune JP Palace is located right in the middle of the city on Abba Road. It is also close to all hot spots and bus stations etc.

Royal Orchid Metropole: The Royal Orchid Metropole is the perfect addition to your Mysore to Ootyvacation as it is set in the historical district with universities and major landmarks of the city located around the corner. It is also close to Mysore palace and only 4 mins away from Mysore zoo.