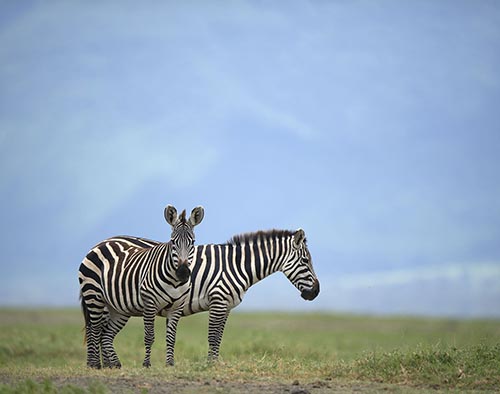 The Ngorongoro Crater is also located in this region. It is a gigantic volcano and is the largest caldera in the world. It was created when the volcano exploded and collapsed on itself. Another striking feature of the Ngorongoro Conservation area is the Ndutu Plains which are famous for its short grass plains. This region sustains migratory species of animals like wildebeests and antelopes. Extensive archaeological research has also revealed evidence of human evolution including early hominid footprints dating back to 3.6 million years in the Olduvai Gorge region.

How to reach- From Kilimanjaro by road or flight

The Ngorongoro Conservation Area has a variety of landscapes such as forests, savanna woodlands, highland plains, savanna, and the like. It extends from the Serengeti National Park in the north-west to the Great Rift Valley in the eastern arm. It was established in the year 1959 as multiple land-use areas. The wildlife coexists with semi-nomadic Masai pastoralists. The Ngorongoro Conservation Area is home to globally threatened species like the Black Rhino and is known for the annual migration of wildebeest, zebras, Thompson’s and Grant’s gazelles, and other ungulates. 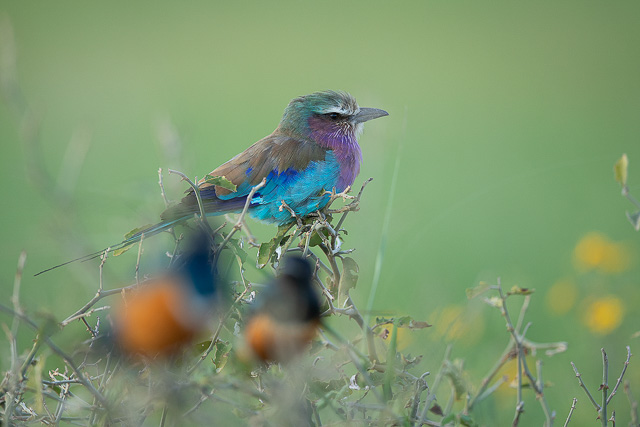 Archaeological research for over 80 years has yielded a long sequence of evidence of human evolution. The largest caldera, the Ngorongoro Crater, and the Olduvai Gorge are located in this region. It has been awarded the status of a UNESCO World Heritage Site. The Ngorongoro Conservation Area boasts of a mild, temperate climate. The region doesn’t get too hot during the day, but the crater rim can get cold at night. 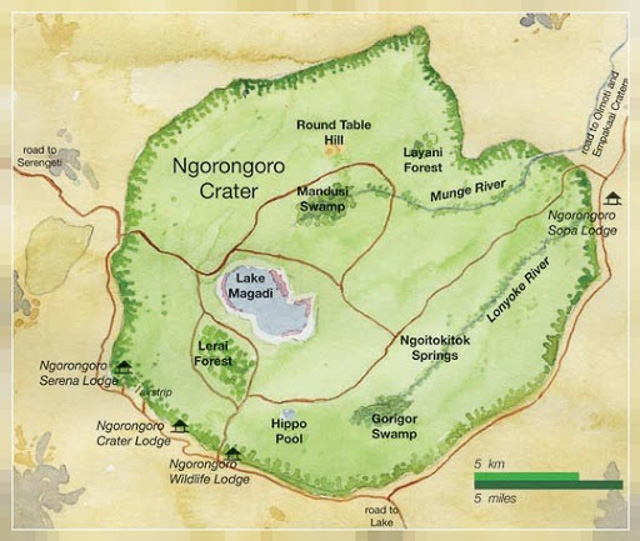 Ngorongoro Crater: Being the home of the largest caldera in the world, the Ngorongoro Crater is considered as one of the seven wonders of Africa. It covers an area of almost 260 sq.km. It attracts a large number of tourists from all across the globe. The crater was formed when an enormous volcanic mountain exploded and collapsed on itself. Guests can stay on the rim at Ngorongoro Crater where they can enjoy picturesque views right from their accommodation. Enjoy majestic sunset shots and hikes along the rim. Staying on the rim is a romantic experience in itself. A variety of wildlife species can be spotted in the region including the Big Five. The Ngorongoro Crater is home to black rhinos, lions, wildebeests, zebras, eland, and many more. Indulge in the extravagance of the place by game drives. It is the best way to explore the vast area and view the varied flora and fauna of the region. However, tourists must keep in mind that game drives in the Ngorongoro Crater are allowed only till 4:30 pm. 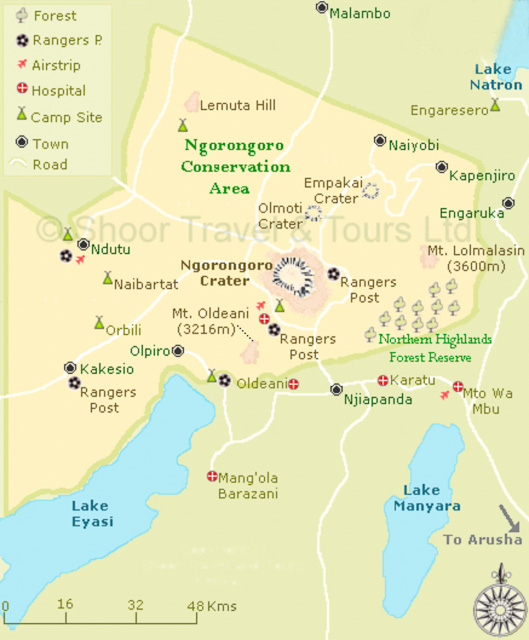 Ndutu Plains: Ndutu Plains comprises rolling grasslands with alkaline lakes that attract flamingos, as well as acacia woodlands. The calving season in this region is particularly dramatic. A million wildebeest give birth to 8000 babies every day. As these new-borns are brought into the world, they are chased by predators like leopard, cheetah, and hyena. 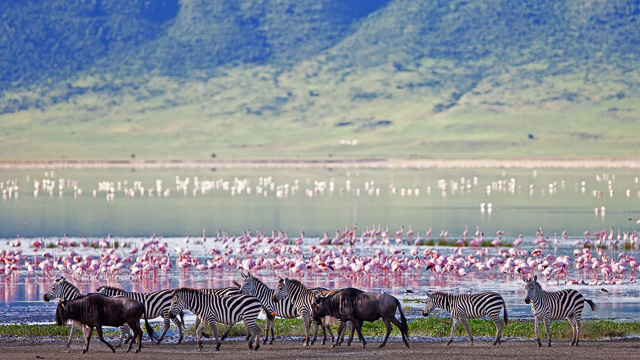 The best place to witness the rich wildlife of the Ndutu plains is Lake Ndutu, particularly during the calving season of Jan-Feb. Enormous herds congregate in this region to graze and calve between December to April. One can witness leopards, lions, cheetah, caracal, African wildcat, and many more species in the Ndutu region. 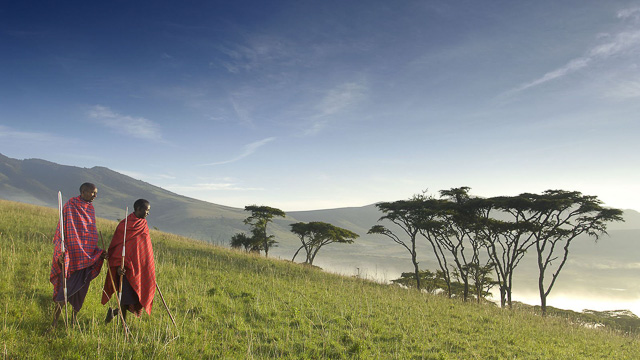 Empakaai and Olmoti Craters: Empaakai and Olmoti Craters are located close to the Ngorongoro Crater in the Ngorongoro Conservation Area. A sense of solitude and peace imbibes both the craters. The floor of the Olmoti The crater is shallow and covered in grass. The Munge River originates from the waters of the Crater walls and plummets down the cliffs, thereby creating a picturesque scenery. The Empakaai Crater is about 6km wide and nearly half of its floor is covered by a lake. The lake is almost 85 m deep and contains alkaline water. The steep walls of the caldera are covered in thick forests. 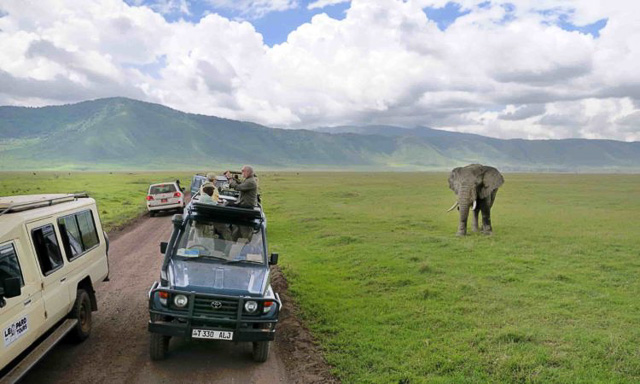 Olduvai Gorge: Better known as the “cradle of mankind”, the Olduvai Gorge is one of the chief attractions of the Ngorongoro Conservation Area. It is one of the most famous archaeological locations in East Africa. This is because hominid footprints which are almost 3.6 million years old are preserved in volcanic rocks at Lately. Tourists are welcome to visit the Olduvai Gorge during any time of the year. There is a small museum located at the top of the Gorge. The Olduvai Gorge and Lateoli make the Ngorongoro Conservation Area a place of global tourists’ interest. 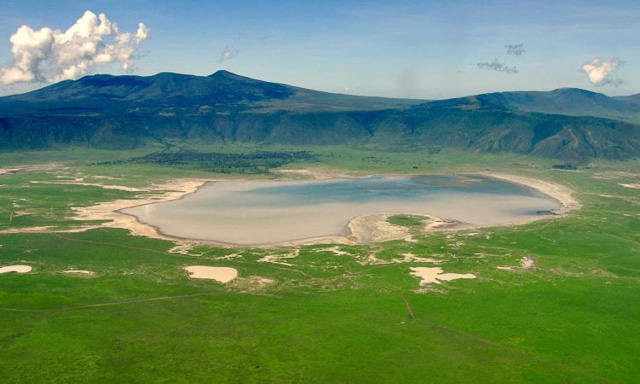 Birding Experience: This region is famous as a birding location all across the globe. It is home to 500 species of birds ranging from the big Ostrich to Kori Bustard, the Secretary bird, and many others. If you love birdwatching, the crater and the surrounding area is your heaven.

Cultural Visit to Masai villages: The tourists can gather the first-hand experience of the culture of the local Masai people. You can learn about the Masai way of life by witnessing how they go about their daily lives. The trip to the Masai villages is usually guided by a local Masai guide. 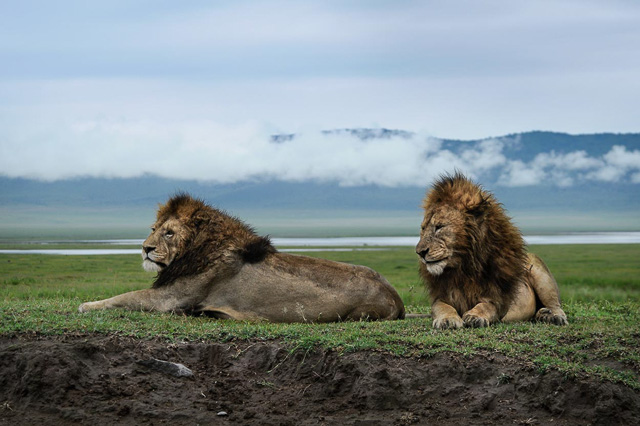 Where to Stay in Ngorongoro:

Neptune Ngorongoro Luxury Lodge: This lodge is located in the Karatu district and is surrounded by the Ngorongoro volcanic landscape. This wood log cabin style retreat offers luxurious accommodation and splendid services to visitors. 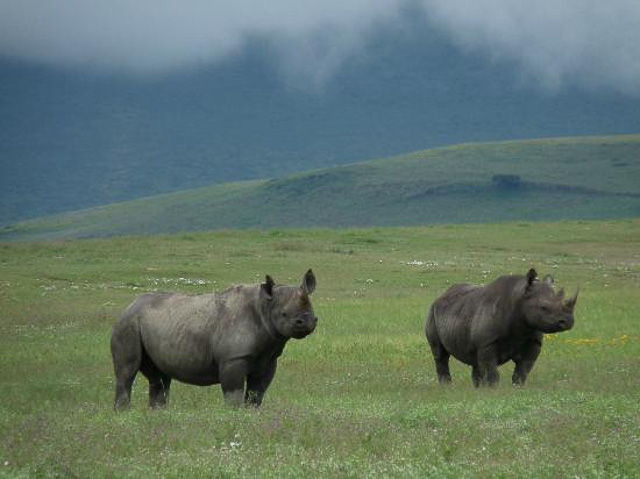 Ngorongoro Serena Safari Lodge: This resort is a unique blend of indescribable beauty and comfort. It is located almost 12 miles away from Ngorongoro Crater. 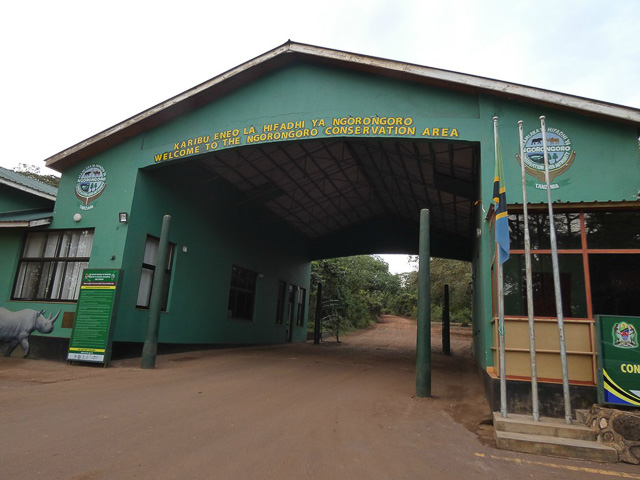