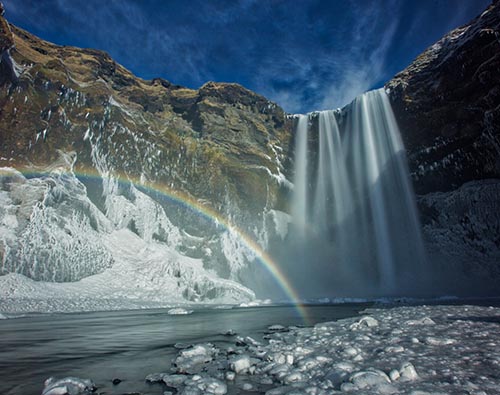 Describing the beauty of Iceland is as complex as the names of its cities. Travelling in this natural paradise, home to many of the rarest wonders that earth has to offer, is a serene and beautiful experience. Shimmering northern lights, mighty peaks, and beautiful waterfalls, Iceland has it all. Especially the picturesque waterfalls, for which tourists come from all around the world.

So revel in the splendour of the mighty waterfalls of Skogafoss Iceland and Seljalandsfoss Iceland. Experience the thrill of seeing a rainbow by the waterfall or bask in the surrounding natural beauty or get close to the waterfall itself by treading on the waters of the river below, the choice is yours. You also have the option of seeing the Skogafoss waterfall from below from the river or from the top of it by taking 370 stairs to hike to the top. Either way, you won't be disappointed. Any tour of Iceland is incomplete without visiting these marvels. So what are you waiting for? Pack your bags and head out now!

How to reach: 2.5 hr drive from Keflavik airport

The rich ancient history of Skogafoss, Take a dive in the clear waters of Skogafoss waterfall

Skogafoss Iceland, which is located just a short distance from the village of Skógar and at the foot of the Eyjafjallajökull glacier volcano, is much more than just a beautiful waterfall. Museums, picturesque hiking routes, and grand waterfalls are the things that define this place. The Skógasafn folk museum, an open-air museum, and the Skógasafn Regional Museum which is also known as the museum of transportation showcase the history of the place right from historical artefacts to its progression of transportation in the digital age. The Fimmvörðuháls pass, which is located on the eastern side of Skogafoss, is one of Iceland's most famous hiking routes. The Skógá River, nestled between the Mýrdalsjökull and Eyjafjallajökull glaciers, is one of the top attractions of this trail. The Seljalandsfoss waterfall is another majestic wonder that is located a little further along the south coast. The unique feature of this waterfall is that it has a cave behind it, making it a great tourist attraction. Another lesser-known but equally splendid waterfall is the Gljúfrabúi waterfall, located just a short distance from the Seljalandsfoss waterfall. 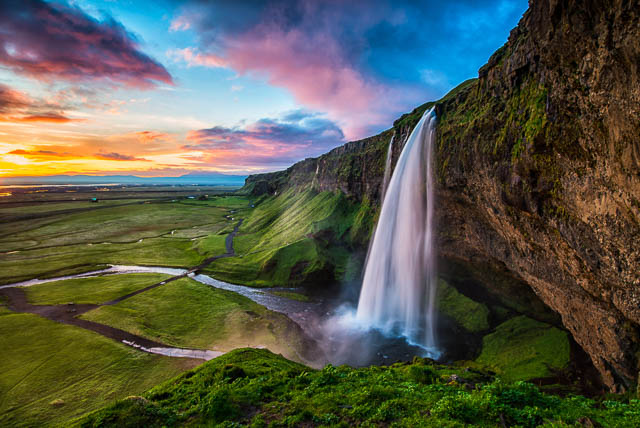 Draped in rich Nordic history, Skogafoss Iceland is home to many ancient artefacts. The Skógasafn museum is home to an ancient gold ring, which if legends are to be believed, is from a chest owned by Þrasi Þórólfsson, one of the first Viking settlers of the area. According to folklore, the ring is said to come from a chest that Þrasi Þórólfsson buried in a cave behind Skogafoss waterfall right before his death in 900 AD. Many failed attempts to bring back Þrasi's chest were made. Only the ring could be retrieved before the chest was lost in the fabric of time. The ring then went to the local church from where it was transferred to the Skógasafn museum. 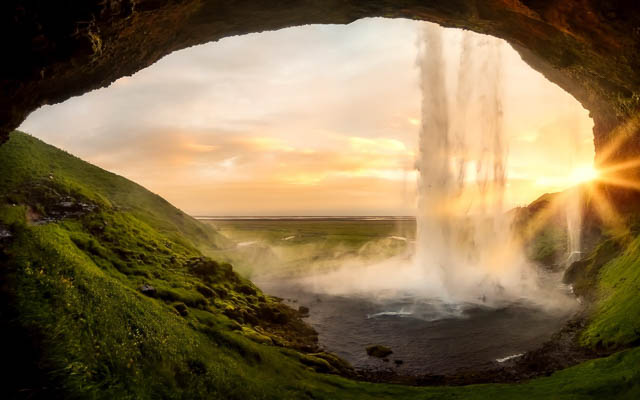 How to get close to the majestic waterfall?

Making your way to the Skogafoss waterfall Iceland is easy as the roaring waterfall makes its presence known without introduction. Though you won't be able to get behind the waterfall, you can get fairly close and witness the breathtaking scenery of the waterfall plunging directly into the river below. But be aware, a little too close and you'll be soaked in mist, so it's advisable to dress accordingly. The waterfall is a photographer's paradise with stunning views and no dearth of rainbows. If you are not short on time, don't miss out on the 400+ stair hike to the top of the falls from where you'll get to see the breathtaking view of the beautiful surroundings. See if you can spot the famous Skógá river of the Fimmvörðuháls pass trail. 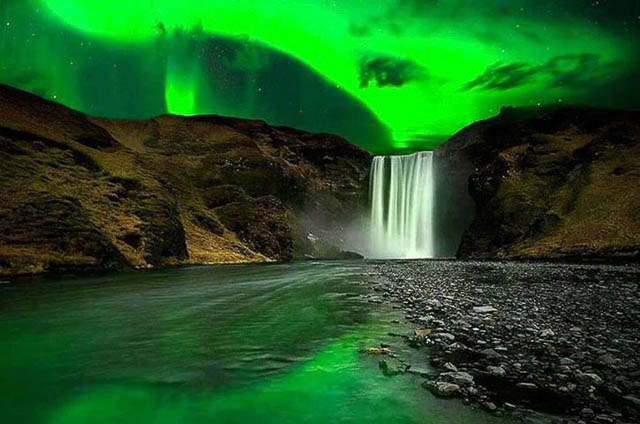 The fully encircled Seljalandsfoss Iceland waterfall is another famous waterfall located along the south coast close to Skogafoss Iceland. This grand waterfall, with its mighty fall of 60 meters is a sight for sore eyes. Due to its favorable geographical location and abundance of natural beauty, this grand waterfall is the destination of many. The waterfall is also famous among photographers as it is highly photogenic. So you'll see no dearth of eager tourists yearning to get the perfect click in front of this picturesque marvel. Getting featured in many music videos, this waterfall has become a major tourist attraction in recent years.

10 minutes east of Skógár lies this rustic thermal bath. Nestled between the mighty Eyjafjoll mountains, this thermal bath offers a cozy little corner to have a once in a lifetime experience. Take a dip in this thermal bath and relax before you continue exploring the rest of the south coast. 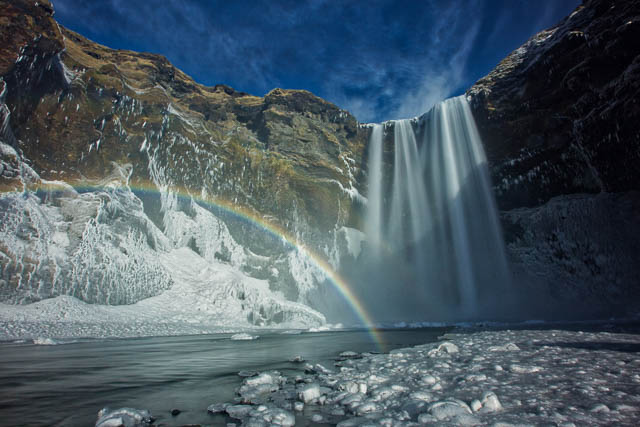