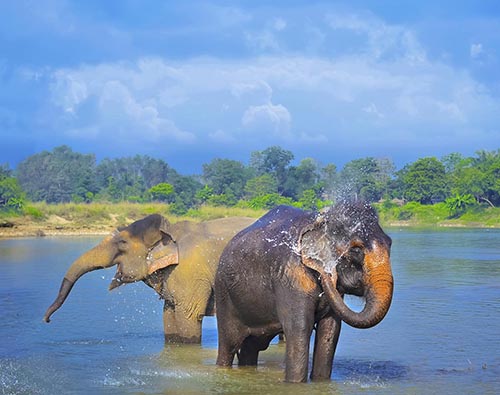 Chitwan, Nepal is known for Chitwan National Park, which is rich in flora and fauna and is home to the single-horned Asian rhinoceros as well as the most known Bengal Tigers in Nepal. The National Park was established in 1973 on the Southern Central Terai of Nepal and is a very accurate example of natural habitat which covers subtropical lowlands, wedged between two eastern and western valleys. The landscape is covered with lush foliage and the backdrop of the Himalayas that makes Chitwan National Park Nepal a place of exceptional beauty.

Best time to visit: March to May/Sept to Nov

The park is divided into four areas.

Amaltari- Western Sector: This area is close to Mahendra highway. This is one of the preferred spots to witness a variety of wildlife by Chitwan National Park safari.

Madi Bagai- Southern Sector: This is a dense forest region of the park. 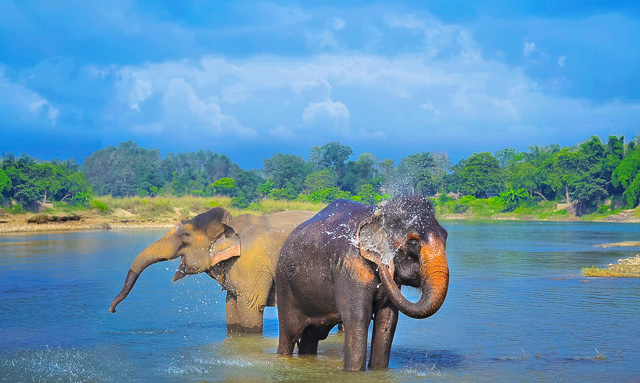 Chitwan National Park Nepal was a hunting reserve before it came into existence in 1973. It is said that King George V and his son killed 39 tigers and 18 rhinos in 1911. In 1854 the large portion of the forest was converted into agriculture which resulted in the loss of a large number of habitats. In 1960 the area had only 20 tigers and nearly 100 rhinos. The wildlife decline became a major topic of concern in Nepal and Nepal's King Mahendra declared the area to be preserved as a National Park and animal poaching center. UNESCO in 1984 declared the National Park as the heritage site. And now there has been an increase in wildlife population with a variety of bird species and mammal thrivings.

Chitwan Nepal has a variety of mammal species named rhinos, tigers, deers, monkeys, elephants, leopards, sloth bears, wild bears, and hyenas. The one-horned Indian rhinoceros are the most famous animals in Chitwan and tourists have a good chance of seeing them during the Chitwan National Park safari. One can easily spot the hog deer, barking deer, sambar, and huge gaurs, and the monkey is the stocky rhesus macaque which can be frequently seen in the National Park. Elephants are most likely to be seen as well. The majestic and feared animal Royal Bengal Tiger known for their intellect, height, and stamina are usually seen in Chitwan. 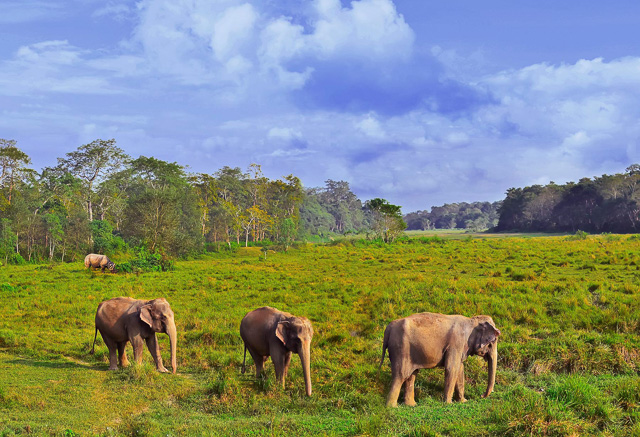 Bird Watching in Chitwan National Park gives nature lovers and wildlife enthusiastic and immense sanctification with a wide variety of presentations of different types of birds. One can spot the bird alongside crocodiles and gharials. One can see the pretty birds sitting on the back of Rhino. Sauraha the eastern sector is the National Park is an ideal area for birdwatching.

Jeep Safari: Jeep safari in Chitwan is the best option to view the variety of wildlife. On your Chitwan National Park safari, you will sit on an open jeep and will have the opportunity to be the close watcher of Royal Bengal Tiger, One Horn Rhino, Sloth Bear, and many rare, commonly unseen and unknown animals.

Canoe Rides: Canoe Rides in Chitwan National Park Nepal gives a relaxing experience and a quintessential chance to view the wildlife with the slowing passing canoe through the shores of the river you will witness the magnificent crocodile’s lazing around and bewitching dinky birds sitting on the top of the tree or even on the back of a crocodile.

Elephant Walking and Bathing: Elephant walking and bathing is another leisure experience one can enjoy in the Sauraha area of the National Park. The tourists get a chance to enjoy and play with the elephants and dive from the elephants back while they are bathing. The experience becomes even more indelible when elephants take an equal interest in the activity. 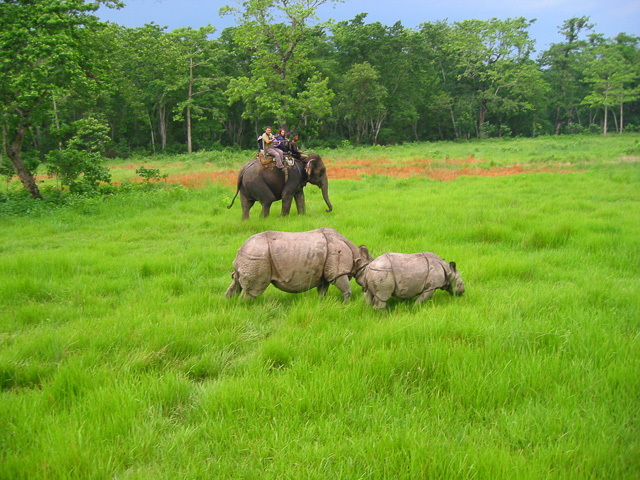 Trip to Chitwan National Park is a once a lifetime experience cramped with adventures and exquisite memories. You can stay at Meghauli Sarai, the luxurious lodge home to different species of birds and one-horned rhinoceros. Or you can choose Tiger Tops Tharu lodge to relax and capture the picturesque view of the surrounding.