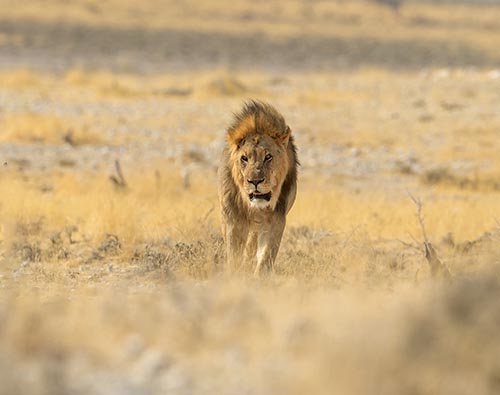 One of the best parks and tourist destinations in Namibia, Etosha National Park is the name given to the earmarked region of the Etosha Pan, which stretches over 22,300 sq. km and is so big that it can be spotted from outer space. The Etosha Pan refers to the large salt pan that makes up the entire area, except for the waterholes. Accessible throughout the year, Etosha is easily reachable by all means of transport, except during the monsoon season when it gets dangerous to travel by road.

The park is known for its vast grasslands surrounding the areas of the salt pan and hence is a gold mine of exotic wildlife. Because of its arid climate, the animals can mostly be spotted near the water holes during the evenings. Hence for getting good animal sightings, it is best to visit during the dry seasons, when most of the wildlife gather around the desertland’s scarce water resources. An interesting fact about these resources is that while some are naturally present, the others have been purposefully created for the animals and tourist sightings.

Some of the notable animal species here include the blue wildebeest, zebra, springbok, gemsbok, the black rhino and the black-backed jackal. The harsh weather makes it difficult for other animals like buffalos, crocodiles or monkeys which are usually present in such places. Despite this, however, four out of the Big Five African animals are present here, except for the buffalo, as previously mentioned.

Best time to visit: May to Dec or Jan to Mar

Because of the heavy rains during Etosha’s wet season from November to April, a thin layer of saltwater is accumulated in the terrain, hence forming a silvery-white salt pan, which is the reason why the Etosha Pan is also nicknamed ‘The Great White Place.’ The thin layer of water is deep enough for the famous flamingo breeding season during the rains, with over a million flamingos flocking to the arid wetlands.

Along with mopane woodlands, Etosha sports the occasional natural spring and man-made water sources which bring in the various kinds of animals that exist here. 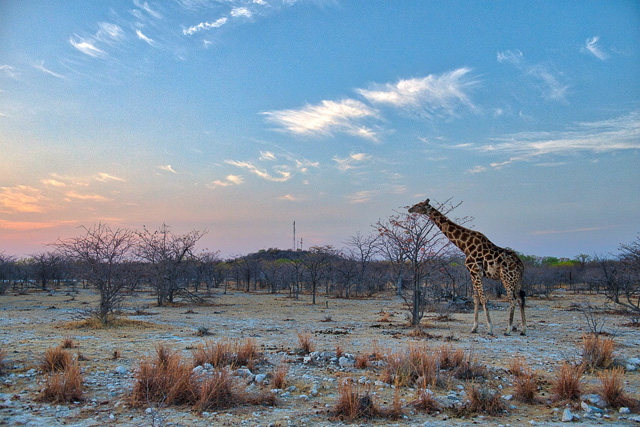 Etosha’s weather usually boils down to two extremes, with both of them witnessing immense heat- so make sure you get plenty of sunscreens. Even during its wettest months, Etosha’s temperatures can be quite hot, going up to 63F at night. The Dry season which lasts from May to October is the best time to visit the place, as it is when the temperature gets extremely cold (45F in the mornings) and also because animals can easily be spotted near the springs. 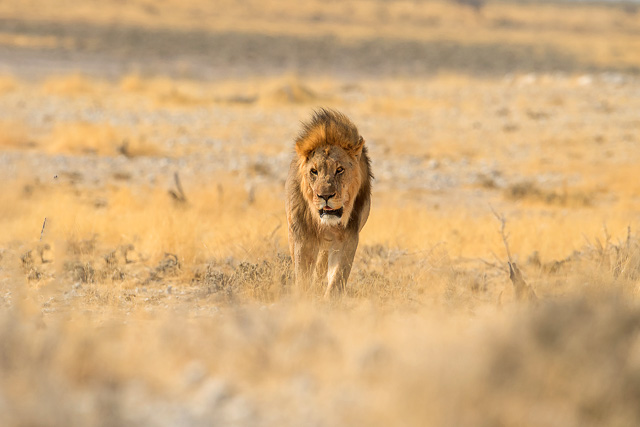 Being a relatively dry terrain, Etosha National Park can be explored in umpteen number of ways due to its accessibility. A great way to explore could be either self-driving yourself or having a guide drive you around. This is comparatively easy because you can use any vehicle to see the place, except during the rains when a Landcruiser is the best option. Night and walking safaris are prohibited but otherwise, you have the entire day to pick and see the place, however you want to. 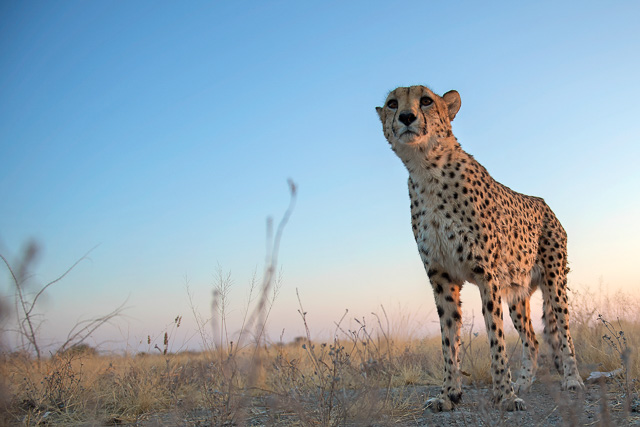 Other safari options include a wide range of scheduled tour options- right from camping to viewing it through an aircraft, Etosha has it all. Reserve safaris are also quite popular here since the three reserves present are located within walking distance to the park. 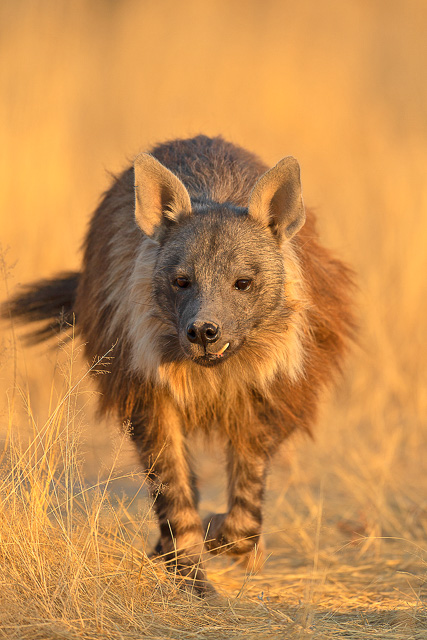 With over 40 waterholes throughout the Etosha Park, there is plenty to see here, with different kinds of wildlife flocking to the nearest source. The waterholes are either natural springs, mand-made boreholes or fountains and each of them is said to have its unique personality. Special Floodlit Waterholes are a spectacle offered by certain camps and accommodations. 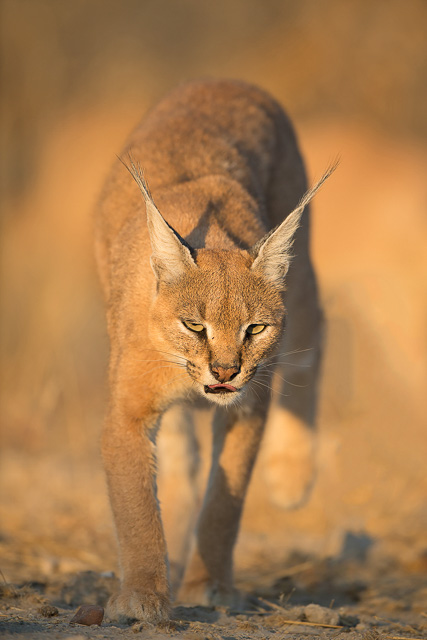 Waterholes are a must-visit item on your Etosha tour lists and they are provided by the three major camps in the park which are the Namutoni, Halali and Okaukuejo Camps. They are great places to see the various animals that survive within the park, with the most common visitors being elephants and rhinos, along with the lion, occasionally, as well. 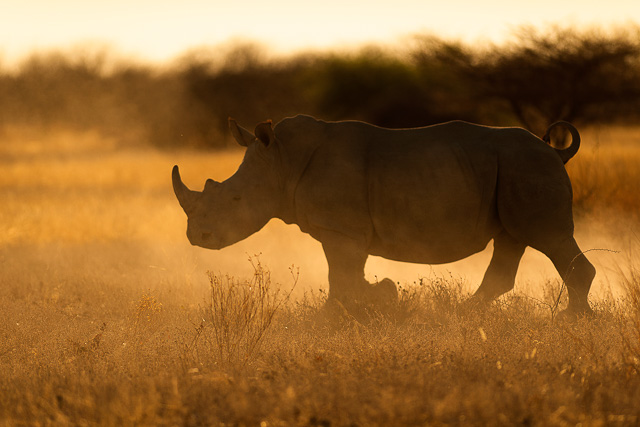 Easily Accessible and offering a wonderful tourist experience, Etosha National Park has several choices when it comes to accommodation. Some of the best places to stay are:

Namutoni Camp: The first thing you notice about this place is the great white walls flanking the pathway- this is because Namutoni was previously a German fort. The camp’s sundowners in these walls are a must-see and so are it’s two restaurants offering a variety of delicacies.

Halali Camp: Surrounded by some of the best waterholes in the park, Halali Camp also has a floodlit waterhole and the largest swimming pool in Etosha. 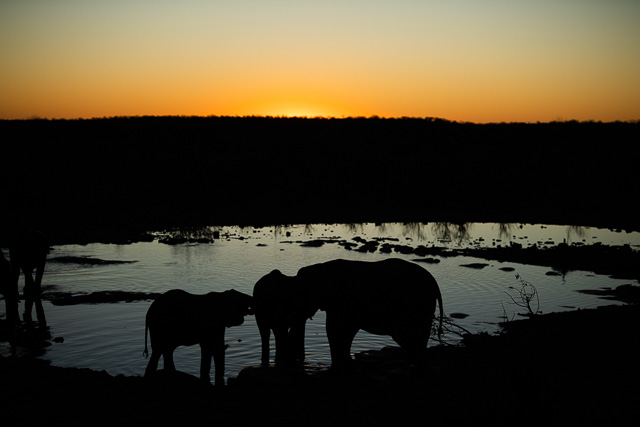 Okaukeujo Camp: Structured around a tall stone, Okaukeujo is a great place to relax and enjoy the wonderful view of one of the best waterholes in the park. You get to see elephants, rhinos and even the lions, occasionally, come down to take a sip.

The list would be incomplete with great accommodations like the Toshari Lodge, Etosha Safari Lodge, the Ongava Lodge, and the Dolomite Camp. All of these are amazing destinations to stay, with each one promising a unique experience.