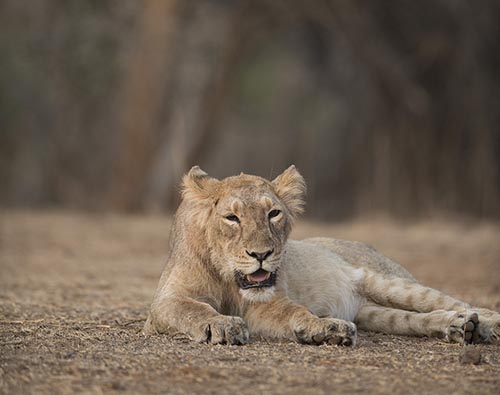 Gir National Park, a beautiful yet harsh teak dominated habitat in the Junagadh district in Kathiawar, Gujarat, is the last bastion of the Asiatic Lion. Gir National Park, one of India's most precious biodiversity vaults is anything but lush with a semi-arid wilderness emblazoned by rust, beige, and the occasional scarlet. Despite the fact that it lacks the extensive grasslands unlike Masai Mara, visions of distant Africa still come to mind when the forest flame and silk-cotton trees are in bloom. The forest offers something in these ecological circumstances for the Lions of Gir that made this forest one of the world's rarest cat survives and is also home for more than 300 species of birds in and around Gir National Park.

How to reach:8 hours drive from Ahmedabad airport

Asiatic Lionswere once distributed across Asia Minor and Arabia and centuries went by, they resided in Indian lands as far north as Saharanpur, Moradabad and Ludhiana, eastwards to Bihar and southwards to the Narmada valley. But the destruction of habitat, brutal horseback, and machan hunting almost resulted at the end of the species from the earth. In 1870, the last lion was killed in Gujarat, but in Central India, the last Asiatic Lion was shot in 1884, where they were not protected by anyone. Around 300 lions were forced into this tiny Gir forest located in the western corner of the country, now sharing their fragile home with villagers, cattle, and India's robust industrial ambitions. 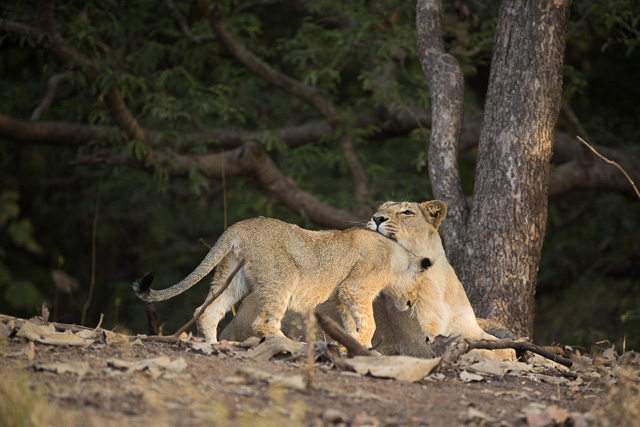 The habitat of Gir National Park has as many as seven significant rivers running through it namely the Hiran, Saraswati, Datardi, Shingoda, Machhundri, Ghodavadi, and Raval which serve as the key to the survival of the lions. When the wells and streams of the downstream human community-run dry, these rivers are invariably the last sources available to them as well until the arrival of the next life-giving monsoon. 10 percent of the Gir forest towards the east is covered with semi-arid and deciduous forests and the stunted forests interspersed by hilly grasslands, which are themselves cut by steep rocky ravines cover the rest. 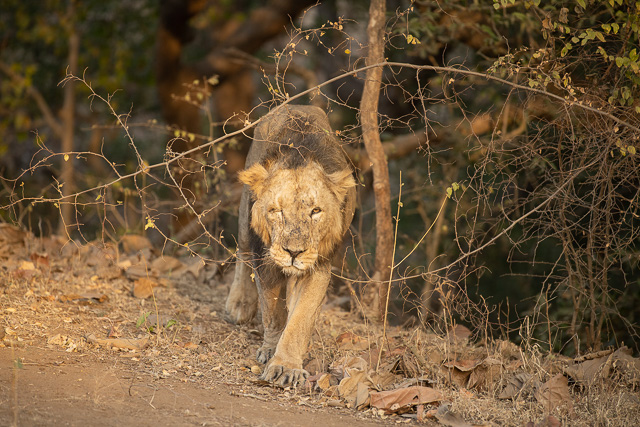 Lion of Giris a sure sight if you decide on to stay a couple of days but they are slightly smaller in size than the African lion. With a smaller mane, it is a shaggier creature with dense belly fringes and a distinctive belly fold. It is best to step out early in the morning to witness the massive Lions that are on patrol be the loners, pairs, or prides because there is nothing impressive than sighting a large male in the wild. Watch the Lions at fairly close quarters as they perceive little threat from humans which makes it quite impossible to see them out in the open. Gir forest is also a great place to see leopards, also known as panthers that are much smaller than the lion of Gir, and are more agile and climb trees which helps them to keep out of the way of the heavier, more powerful cats. The deer prey species that can be seen all over the park are sambar, chital (now abundant), nilgai (the largest Indian antelope), four-horned antelope, and chinkara including langur and wild boar. 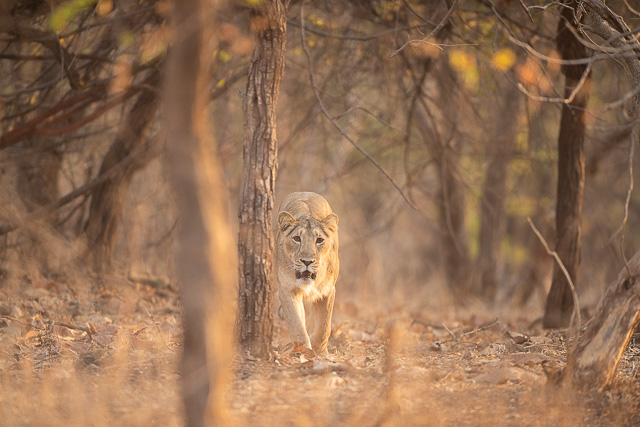 Jeep safari is a must-do activity for the wildlife enthusiasts to witness the flora and fauna of the Gir forest. The forest is divided into different zones for the visitors to take them to one of these zones at a time on their jeep safari. It takes about 3 hours in the morning till sunrise, or 3 hours in the evening till sunset to cover the Gir forest by the jeep safari. A driver and a forest guide operated by the local forest department will accompany you on your 6 seater Maruti gypsy safari. No other private vehicle is allowed to ply inside the Gir national park for safari. 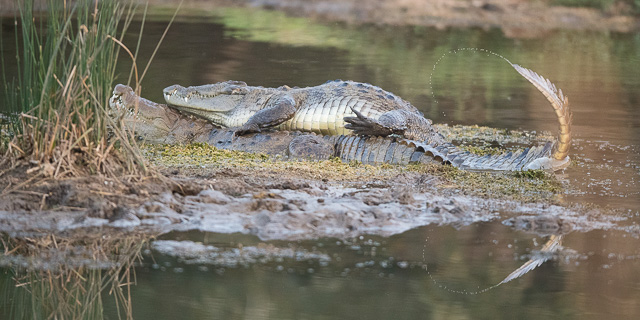