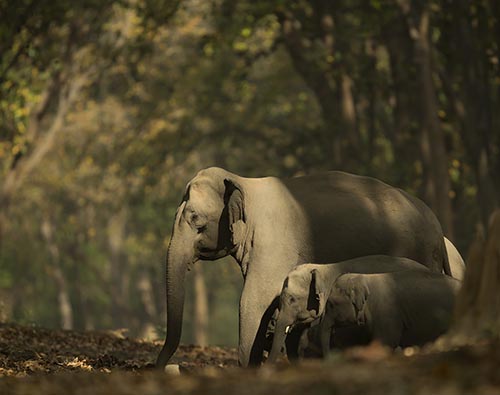 Corbett National Park, the first national park of India and one of the last remaining stretches of the evergreen sub-Himalayan wildernesses, lined with rivers of a deep blue and sal-dappled glades, is home to a wide population of tigers and elephants, thus, alternatively known as the “Land of Roar and Trumpet.” Named after the legendary Jim Corbett, whose captivating tales of man-eaters and the man-eating leopard has made the Kumaon hills in the region famous, the park, in the earlier times, had witnessed shikaris hunting for wild animals regularly. It was with the arrival of F.W. Champion, the pioneer of wildlife photography in India, that Jim Corbett realized the significance of appreciating tigers in their natural habitat, and thereafter decided to put a stop to hunting.

The magnificence and the popularity of Corbett National Park are unmatched, beckoning visitors to the area all-year-round. After all, it is one of the best-managed parks in the Indian subcontinent, and the wildlife of the region is a sight to behold!

How to reach: 5 hours drive from Delhi Airport

Established in 1936, and residing in the Pauri Garhwal and Nainital districts of Uttaranchal, 280 kilometers north-east of New Delhi, the Jim Corbett tiger reserve and the national park were immortalized through the books authored by its namesake, i.e., Jim Corbett, who is a well-remembered hunter turned naturalist. 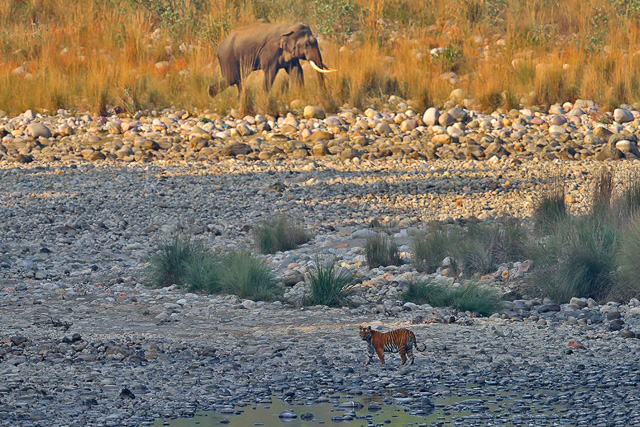 Spanning over an area of 1318 sq. kilometers of the Western Himalayan foothills and the adjoining Terai region, Corbett houses a variety of habitats. River valleys and streams are surrounded by open grasslands and thick sal forests, and the tributaries of the Kosi and Ramganga rivers breathe life into primeval forests, a hotspot of flourishing bio-diversity. 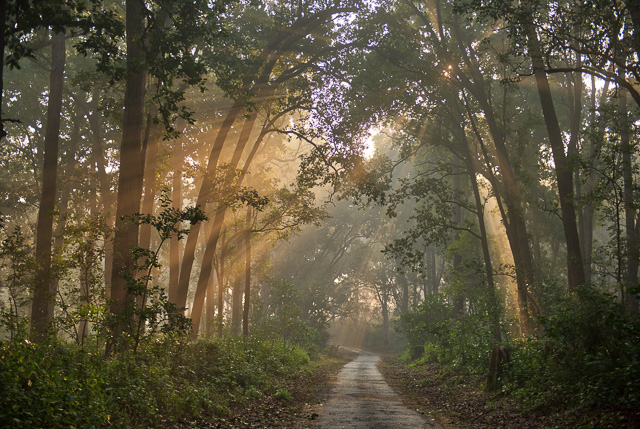 The lower hills and valleys of the Bhabar zone in Corbett Park are mostly blanketed by sal forests. The various species of flora found in the forests are haldu, karipak, Rohini, bakli, chir, khetwa, gurail, dhauri, amla, ber, mahuwa, and papri. Apart from these, the park houses 33 grass species, including bamboo. One can find Jamun dotting dry riverbeds and shisham, khair lining the edge of the Ramganga river. Thus, the vegetation of Jim Corbett Tiger Reserve and Park is diverse, and most of it is either shrubs or climbers. 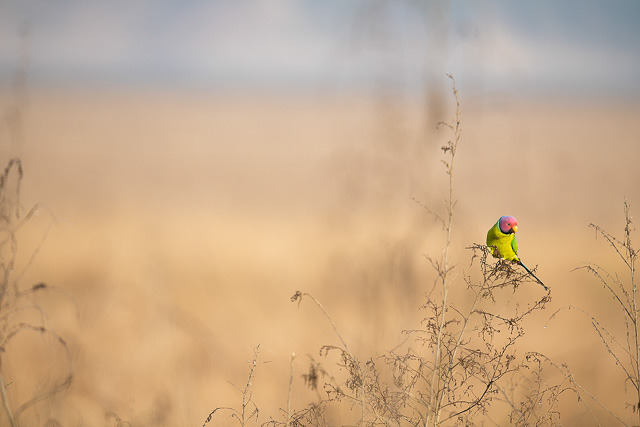 Corbett National Park features a surprising number of tigers, and an abundant prey base supports the tiger population in the region. For visitors, it’s no uncommon sight to spot tigers on the road between Dhikala and the Dhangari entrance gate. Other fauna species include the Indian elephant, jungle cat, the rare fishing cat, sambar, chital, barking deer, hog deer, and wild pig. Up to 50 different mammal species reside in the forests, and the most dominant mammal population is that of elephants. Elephant herds or lone tuskers frequent the Ramganga river and they can be seen bathing, feeding, or drinking during any part of the day. 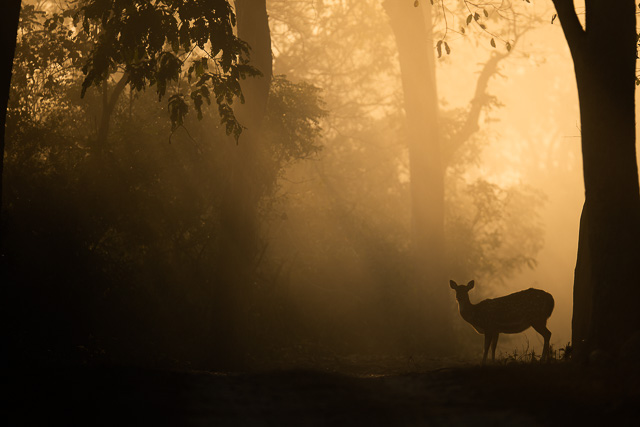 The best way to explore this park is by jeep safari accompanied by an experienced nature guide. The major tourist zones of Corbett are Dhikala, Bijrani, Jhirna and Durgadevi, though newer buffer zones have opened recently. Corbett is the only mainstream wildlife park in India where guests can stay inside the park, sometimes even 35kms inside from the park gate. These accommodations are government-run and are quite basic in nature, we recommend them only for the serious wildlife enthusiasts willing to rough it out. Outside the park gates, there are many comfortable accommodations available and you can still enjoy the flora and fauna of the park by day safaris which last 3-4 hours and undertaken in a govt. approved Maruti gypsy accompanied with a driver and forest guide. Even when you stay inside the park, you have to use the same approved safari vehicles which are used for both your transportation to the forest rest houses as well as for safaris in the national park. 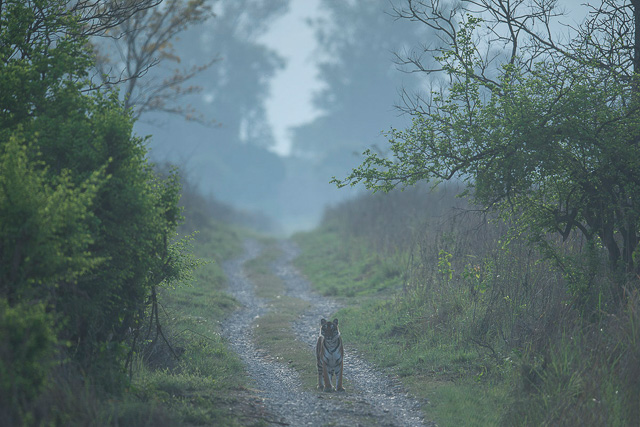 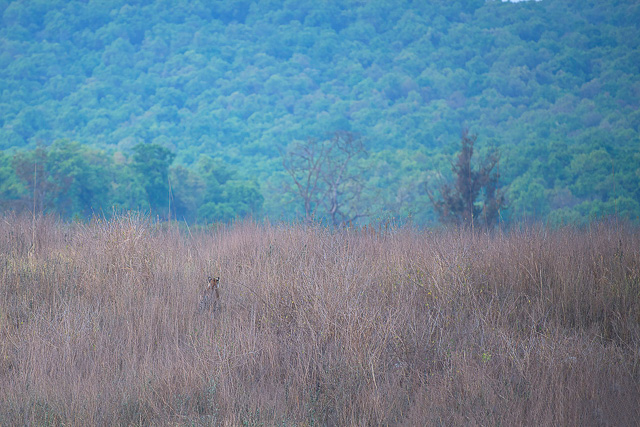 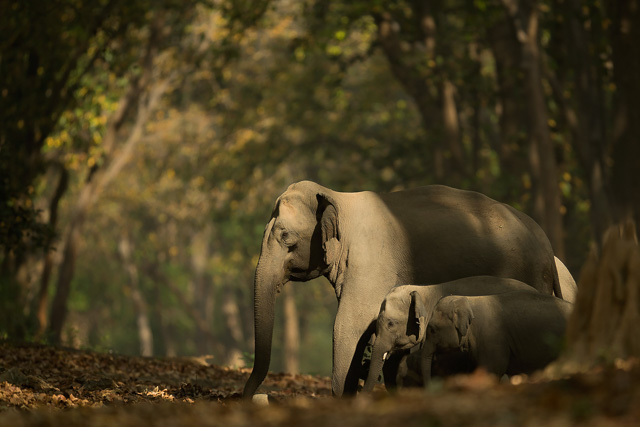