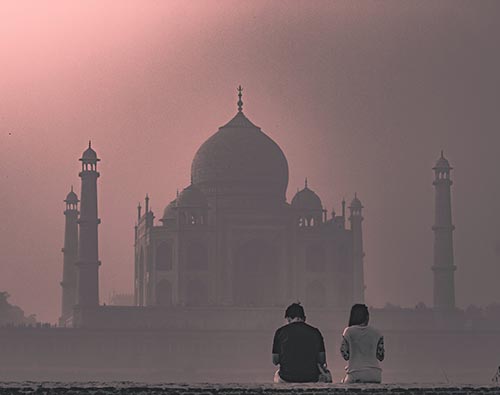 India is the land of dreams and romance, palaces and hovels, culture, and tradition. There are many places in India where the soul can be treated with delight but the most fascinating one is the Golden Triangle route. The Golden triangle comprises three most visited cities in the country i.e Jaipur, Delhi, and Agra. All the cities are very well connected by good road and rail links. On the map, the circuit roughly forms an equilateral triangle with each side of 200-250 km.

The triangle is titled as "Golden" because of the immense wealth of cultural and historical splendor that all three cities offer.

Delhi is the capital of India, it also has been an important political center of the country as it was ruled by some of the most powerful emperors in Indian History. So get ready to see some beautiful architectural wonders, Palaces, and buzzing markets.

Agra, once the heart of the Mughal Empire, boasts of the unparalleled beauty, Taj Mahal, which embellishes in the banks of the Yamuna River. The white marble monument is an epitome of Love and Poetry.

Jaipur is the heart and capital of the desert state of Rajasthan. Some of Asia’s best and biggest bazaars are celebrated in Jaipur. The old part of the city is surrounded by walls and gates decorated with drawings. Jaipur comprises of many magnificent forts, palaces, temples, and museums. Also, don’t forget to grab a bite of Jaipur’s popular Pyaaz Kachori and Daal Baati Churma.