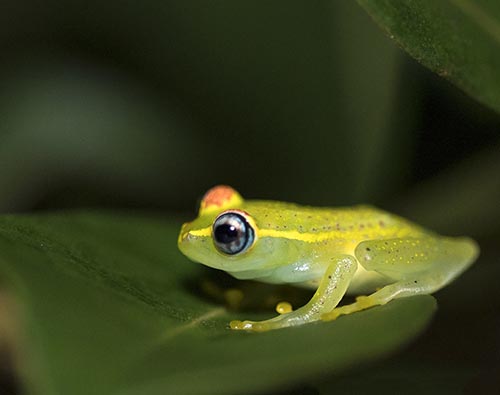 Isalo National park was declared as a protected region in 1999. The Park is one of the prime attractions of the state of Madagascar. As much as the park is known for its wildlife it is known for the variety of terrain that is found here. There are canyons, to slopes to sandstone formations and oases. The region is a home to the Bara Nomads who till date stay here and is depended on cattle as a means of livelihood. The park is spread over an area of 815sq kms and is close to cities Toliara and Ranohira.

Madagascar is predominantly the home of the Malagasy people. Today even Indian, Chinese, Arab, French and others live in the region. Music, arts and Sports form the core of heritage here. The traditional instrument is valiha. The popular genre of music is coastal Salegy. The traditional dress here is woven lamba available in variety of colours and designs. The woodwork traditions have been included in the UNESCO list of intangible cultural heritage. Theatre and Dance are popular performing arts here.

The variations in the landscape enables the growth of variety of flora which in turn gives shelter to variety of Fauna. The forest is largely deciduous. The land near the streams deep inside has mosses and ferns. Some tropical flora can be seen here and there. Several of the species of flora are endemic to the state which include species of aloe and several medicinal plants. The fauna of the region is as rich as its flora. The wildlife includes over 83 species of birds alone. There are 33 species of reptiles, about 15 species of mammals and frogs each. There ae other amphibians, rodents, insectivores etc. that wander the area. Several of these animals like the flora are endemic to Madagascar. These include species of, Varika, lemurs, blackbirds etc.

Isalo window is situated at La Fenetre de l’Isalo on the way to Isalo National Park. It is natural rock window. People stop here to see the sun set through the window. The surroundings of the rock frame are a view to see during sunset. All of the surrounding turn to beautiful gold at dusk.

This is a natural cave just above a beautiful waterfall. The water is crystal clear and falls into a green pool at its base. The caves and falls is surrounded by Pandanus trees forming an oases amongst the dry canyons. The visit to the falls is very relaxing especially after sending the day exploring hot canyons. The trail includes Canyons de Singes De Singes – Canyon The name means Canyon of monkeys. The region is a hoe to ring-tailed lemurs. Hiking is a popular activity here. The region though has trees it is very hot to explore. This is the most popular canyon. Also a lot of water is required to go through the canyons as they are extremely hot.

It is a combination of Canyon, beautiful waterfall, lush green vegetation and a deep swimming pool. The trail is combined with Canyon de Makis. Canyon de rats and Portuguese Caves (which are difficult to reach). The trails also goes through the ancient royal town where ruins of royal bath, tombs, palace walls etc. can be seen.

It takes one through Black and Blue pool. There are several species of lizards, birds and butterflies seen in this trail. From top of the trail one can get a view of green Canyon. Visitors can also take a swim in the waters of Cascade of the Nymphs.

The food of the state is influenced by that of Arabs, Africans, Indians, and Indonesian cuisines. Some European influences are seen brought by the colonisers. The staple food includes meat and aqua food. In main course there is always a dish of meat, fish or poultry with a side dish of curry or vegetables and a dish of maybe rice. Rice is one of the most eaten foods of Madagascar. Popular dishes include Ramazava, Lasopy, and Koba etc. The local drink of the region is Ranonapango which is made of burnt rice.

The nearest town is that of Ranohira which is considered as the gateway to the Park. The only way to get to park is by using roadways. The main highway of Madagascar i.e. RN7 connects the nearby towns and cities to the park. Park is at a 15hr drive from the capital city of Antananarivo. There are domestic flights to Toliara, the nearby city, from there again cab has to be taken to reach the Park.