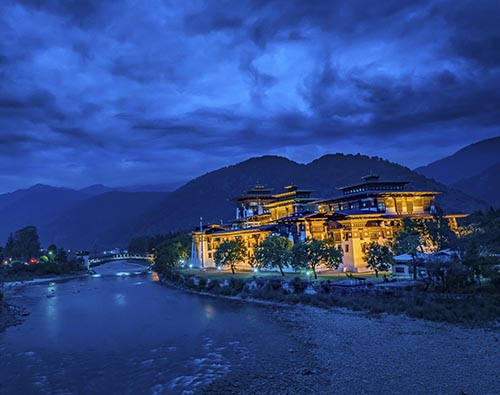 In this world of concrete jungles, rising temperatures and pollution levels, Bhutan is a utopia for travelers who wish to live life in the lap of Mother nature. Bhutan has a wide array of popular tourist spots. But Punakha Dzong has to be the brightest stone in its jewelry box. Located in Punakha, Bhutan, the Punakha Dzong, also known as the ‘Palace of Great Happiness', is the mightiest and perhaps the most beautiful of all dzongs in the country.

Punakha Dzong is the second oldest dzong in Bhutan and was constructed by the 1st Zhabdrung Rinpoche, Ngawang Namgyal in the late 1630s. The palace's six-storied central tower, locally known as the 'use,' houses a symbolic golden spire that was built by Gyaltsen Tenzin Rabgye in 1676.

Though the place isn't the capital of the country anymore, it still holds a place of unparalleled importance in the country's traditions and culture. All of Bhutan's kings have been crowned at the dzong. Today it serves as the administrative headquarters of the district of Punakha. It is a two-hour drive away from Thimphu airport.

How to reach: 2 hours from Thimphu airport by road

Famous for: Largest and most beautiful Dzong in Bhutan

Though Punakha seems enchantingly beautiful round the year, it seems to be at its best in the spring when Jacaranda trees that surround the dzong bloom with lilac flowers, making the palace look mesmerizingly beautiful. It is a sight that stays etched in one's heart for a lifetime. The dzong is located at a picturesque spot in between two rivers Pho Chhu and Mo Chhu.

The Punakha Dzong, thanks to its pleasing climate, is the winter capital of Bhutan. Every year, during the winter, the 'drashtang,' Bhutan's head clergy, and his entourage spend the winter in this palace.

Places to visit in Punakha:

The Punakha Dzong - Any visit to Punakha is incomplete without visiting the dzong. Known for its rich history and majestic architecture, the dzong is a major attraction for visitors visiting Punakha throughout the year and especially during the Domche festival during the late winter months. 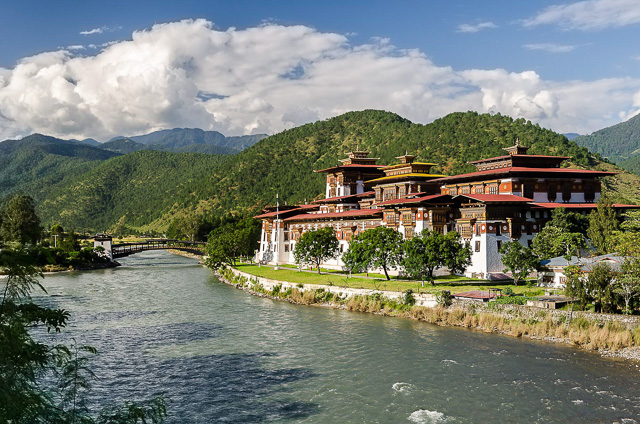 Punakha Tsechu and Drubchen -These festivals are held in the Punakha Dzong during the month of February. In the Punakha Tsechu festival, the thongdrol of Guru Rinpoche, the sight of which is said to cleanse onlookers of all sins, is unfurled. In the Drubchen festival, a construction history of the dzong is shown to the general public. 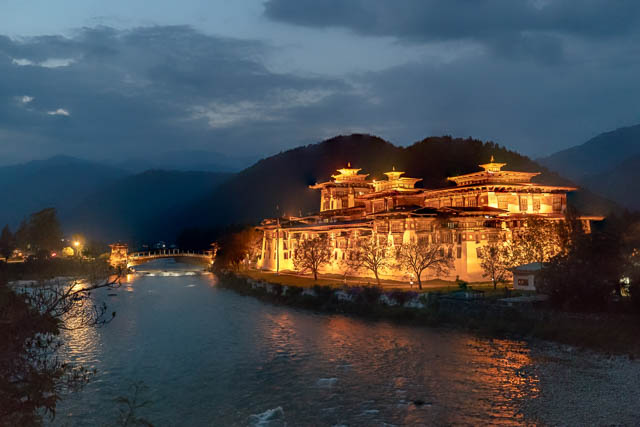 Domche is the most important festival in Punakha. It is a five-day-long festival held in February or March every year. During the Domche festival, one of Bhutan's most treasured possessions, Rangjung ('Self-Created') Kharsapani, that is enshrined in the central tower of the dzong, is put on display. The scenes during the festival are a sight to behold. The final act of the festival is a masked dance performed in the dzong's courtyard.

Punakha is a mesmerizing place with loads of interesting places to visit and fun things to do. Clubbed with the warm and welcoming nature of the Bhutanese people, the experience of a vacation here, away from the pollution and hustle and bustle of the city, is truly unparalleled.