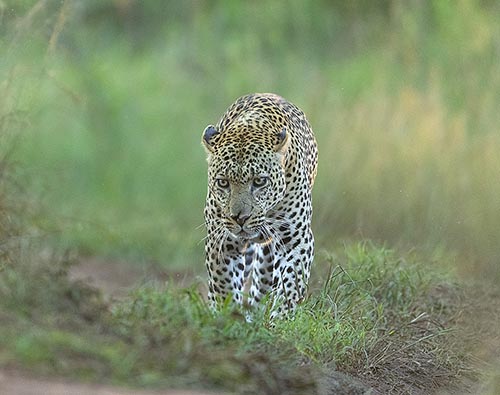 When planning an Africa safari, chances are that you’ve stumbled upon the Big Five group or heard about them. African Big Five is a group of animals that travelers should spot during their safari. The Big Five group includes lions, leopards, elephants, African buffalo, and the rhinoceros. Embarking on a Big Five Kenya safari is one of the best ways to see these animals.

Kenya is a dream destination for nature lovers, animal lovers, and photography enthusiasts alike. The trip starts at the bustling capital city of Nairobi, where the urban offsets a green backdrop. You will bear witness to the most majestic wonders of the world—four national parks await you, where you will get to see lions, elephants, hippopotami, giraffes, wildebeests, zebras, flamingoes, and possibly cheetahs and other bird species.

This Kenya trip is filled with activities like game drives, boat safaris, bird-watching, sailing close to the hippos, hiking, and even bicycle safaris. Your holidays to Kenya are the perfect opportunity to get a holistic experience of Kenyan wildlife.

The final leg of the tour is the perfect finish for your Kenya trip—the Masai Mara—the most sought-after safari destination in the world, rich in wildlife and biodiversity. You will get a chance to view the stunning beauty and vastness of the savannahs. Kenya is the best safari destination to spot the Big Five animals.

These Big Five animals are only found in 11 countries, all belonging to the African continent. Witnessing them in their natural habitats is one of the iconic experiences during your trip. Each of the Big Five animals in the group is part of the charismatic megafauna. It refers to animal species that are large and often have widespread popular appeal. During an African safari, the Big Five are the most well-known among avid safari-goers.

The term ‘Big Five’ was first coined in the late 1800s during Africa’s colonial period. The Big Five refers to those animals that were considered the most challenging and dangerous to encounter during a safari.

However, the safari of the colonial period wasn’t anything like it is today. During those times, the safari was undertaken by trophy hunters to kill animals on foot. So, big game hunters killed the Big Five animals they classified as most difficult to hunt. Fortunately, at present, the Big Five Kenya safari involves shooting these animals but only with cameras.

The Big Five group can be spotted around Africa, from Botswana’s Okavango Delta to Kruger National Park of South Africa and even Namibia’s Etosha National Park. But the Big Five are best witnessed in Kenya, also home to Mount Kenya – the second-highest peak on the continent.

Along with the Big Five, travelers also have the opportunity to see other members of the Kenyan ecosystem. These include zebras, gazelles, wildebeest, giraffes, hyenas, cheetahs, and endangered species like African wild dogs and Jackson’s hartebeest.

Tracking elusive leopards, admiring black rhinos from afar, seeing herds of elephants bathing, and witnessing head-strong fights between buffalos and lion pride. These are just some experiences only seen and felt during a Big Five African safari.

With its wealth of wildlife, dramatic sceneries, and beautiful cultures, the Big Five Kenya safari tours are one of the most popular vacation itineraries.

A BRIEF GLANCE AT THE BIG FIVE

The Big Five group consists of five different animal species. Each is special and iconic on its own. Here is a brief introduction to the Big Five found in Kenya.

The African bush elephant is a large mammal with thick, almost hairless skin and a long yet flexible trunk. It is the largest mammal in the world and the biggest of the three elephant species. Despite their gigantic size, they can hide well in tall grass.

African elephants live longer than any other mammal except humans, approximately 70 years. Elephant herds are led by a matriarch – the eldest female of the group.

The African lion is one of the most social among all cat species. They are also the only cats that live in large family groups called pride. They enjoy the title of ‘King of the Jungle’ as lions are considered to be the fiercest and most dangerous predators on land. They use ambush and stalking techniques to hunt most of the herbivores’ animals.

Males are distinguished from females with their big size and shaggy manes. These manes also frighten rivals, protect their throat from attacks and attract females.

The African leopard is one of the graceful yet ferocious hunters. They are closely related to jaguars, lions, and tigers. They are also one of the most elusive and hunt during the night. The best time to spot leopards is early in the morning or at night. During the daytime, they are particularly camouflaged behind a tree or in the undergrowth.

Leopards are the smallest species of the big cat family. However, they are known for their sharp hunting skills and astounding strength. A leopard’s distinctive spots are known as rosettes as they resemble the shape of a rose.

Cape buffalo is regarded as the most dangerous of all Big Five animals when encountered during Kenya adventure safaris. They are large, strong, and have an intimidating set of horns. These animals are overly protective of their territory and feel threatened when someone disturbs them. They are known to charge with aggressive speed.

Buffalos are mostly found in huddled groups and herds. They spend most of their time grazing in floodplains and savannahs. African buffalos are one of the favorite prey for lions. Nonetheless, due to their sharp thorns, strong hooves, and formidable defenses, they pose a massive danger to the lion and even cause serious damage. Watching real-time fights between these two is one of the highlights of a Big Five Kenya safari.

Rhinoceros are an endangered species. Today, as a result of persistent conversation across various African regions, black rhinos have a current population of more than 5000. It is a rare animal to see on a Big Five safari. Witnessing them from a distance during a Big Five Kenya safari is an extremely special venture.

Black rhinos have hooked lips while white rhinos have a square lips. Black rhinos have two horns, occasionally a third as well, known as the small posterior horn. Both species of rhinoceros weigh at least 5000 pounds individually and their horns grow up to five feet long.

ADVENTURE TOURS KENYA – WHERE TO SEE THE BIG FIVE

Spotting these animals is not limited to just one national park or reserve in Kenya. There are various regions travelers can enjoy a Big Five Kenya safari. Experienced guides and rangers combined with world-class game reserves make up for a once-in-a-lifetime vacation. Here are some places to spot the Big Five animals:

Among all the places in Kenya, Masai Mara is the most famous safari destination. It is home to the famous wildebeest migration. Other than that, the Mara is characterized by its abundance of wildlife and classic savannah views. The Masai Mara houses the Big Five African animals along with families of hippos and topi.

Since the park has no fences, game drives become even more adventurous and exciting. Travelers can safely spot these animals while being accompanied by guides. The park is the ideal location to enjoy walking safaris, hot air balloon rides, and bush picnics.

The Tsavo East and West national park are perfect for wild and exciting adventures. The Big Five sightings are always anticipated in this national park. Particularly, Tsavo West displays elephants sand bathing in red dust. This region is also an outstanding protected area in Kenya.

The park is dominated by various habitats. It is host to a wide range of animals and more than 500 species of birds. Being one of the oldest yet largest national parks in the county, it offers exciting tours in Kenya. Tsavo is also a lesser-known park. In Tsavo, you can enjoy Big Five sightings while being away from much of the tourist crowd.

Amboseli is one of the popular parks, famed for showcasing aesthetic views of elephants traversing against the backdrop of magnificent Mount Kilimanjaro. The park is known as the ‘Land of Giants’ due to the large herd of elephants that roam the savannah. The Big Five in Amboseli is particularly famous to spot in their scenic habitats.

The unobstructed views of Amboseli allow for year-round wildlife viewing. Travelers can spot lions, leopards, buffalos, and even cheetahs during game drives.

Lake Nakuru is an alkaline lake and a major attraction of the park. It attracts huge flocks of pink flamingoes which make up for an incredible sight. Travelers on a Big Five Kenya safari are thrilled to spot rhinos grazing against the backdrop of enormous flamingoes. Near the shallow alkaline waters of the lake, millions of other birds are spotted nesting.

So, along with wildlife lovers, enthusiastic birders can also enjoy exploring Lake Nakuru. Travelers can have frequent sightings of the lion leopard, giraffe, hippo, warthog, and ostrich in the park.

Located in northern Kenya, Lewa conservancy is a leading area for the conservation of wildlife and its habitats. This private wildlife reserve was first established to protect rare black rhinos and Grevy’s zebra. Today, there are more than 60 animal species that roam the conservancy. Travelers can enjoy a fulfilling Big Five Kenya safari in Lewa.

To enjoy a unique experience, travelers can also opt for horseback and cam rides. Along with the Big Five, the most routinely spotted animals at Lewa include the reticulated giraffe, eland, Beisa oryx, wild dog, and many more.

The Best Time to See the Big Five in Kenya

Each season of Kenya displays something new, making this country a year-round destination. However, the best months to spot the Big Five in Kenya are from July to October. This period marks the peak season of safari. The vegetation becomes sparse during these months and so, spotting the Big Five becomes easier. The weather also remains favorable during these months. This way, you can enjoy your Big Five Kenya safari comfortably.

The Best Accommodation for your Big Five Safari in Kenya

Kenya offers world-class and incredible accommodation options. From lodges to camps, various types of accommodation suiting your taste and budget are found in Kenya. However, to watch the Big Five, we recommend the Olgatuni Camp situated in the heart of Masai Mara. The Mara itself is the top place to see the Big Five. Furthermore, Olgatuni Camp is strategically built inside the reserve to display the best views of the surrounding animals.

Olgatuni Camp offers the most authentic experiential stay in Masai Mara. In fact, the camp is located close to a resident leopard and lion pride as well as other Big Five animals. The camp has a rustic ambiance, offering the perfect African safari experience. Its services are high-quality and take care of every traveler’s needs. It is the best accommodation to choose from in Masai Mara for rewarding Big Five safaris.

How to see the Big Five Animals in Kenya

Embarking on a Big Five Kenya safari experience is one of the most exciting vacations to consider. Talk to the experts of Wild Voyager today to enjoy customized and perfect adventure tours in Kenya.